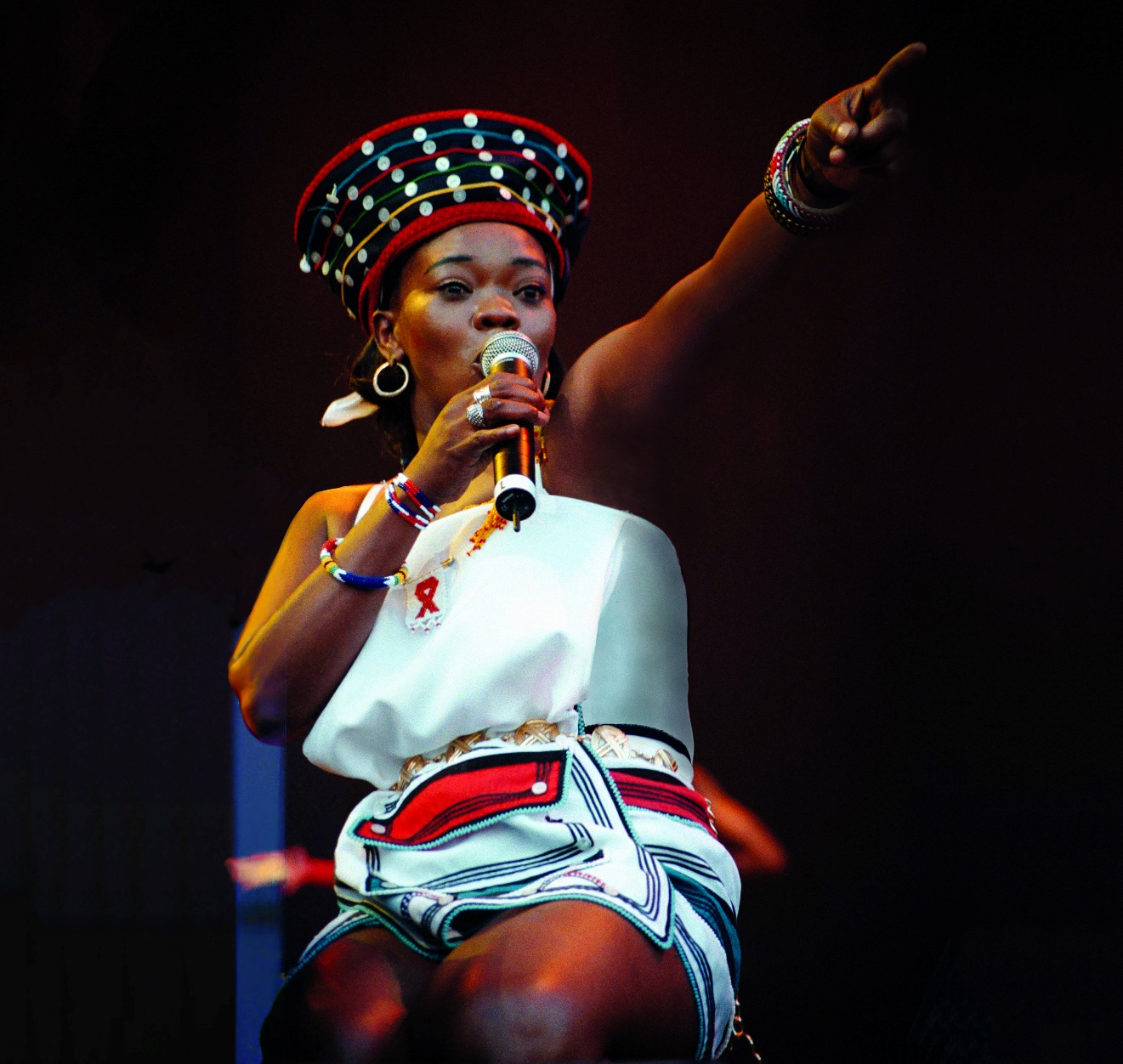 One of the true homegrown global superstars of South African music, Brenda Fassie, was born on this day (3 November) in 1964. Having passed away on 9 May 2004, just a few months shy from her 40th birthday, the iconic musician would be turning 58 years old today. In honour and celebration of this momentous occasion, Universal Music Group has released her entire music catalogue on to digital streaming platforms for the first time. With an illustrious yet troubled music career that spanned three decades, Brenda released a whooping 26 projects that includes compilations, remix albums as well as band albums alongside The Big Dudes.

Her first project was 1983’s Weekend Special with The Big Dudes, which spawned one of her biggest hits and crossover singles, “Weekend Special”. At just 19 years old, during her first outing, Brenda Fassie had taken the South African music scene by storm when “Weekend Special” burned up the local charts, leading to numerous covers, some  by international artists, which led to a cover version of the song charting in the US Billboard Magazine’s Hot Black Singles charts. The global popularity of “Weekend Special” resulted in Fassie touring the United States, Europe, Australia, and Brazil. She instantly became a household name off her debut studio album with The Big Dudes.

Brenda and The Big Dudes would go on to release an EP, Cool Spot (1984), three other albums, Let’s Stick Together (1984), Higher and Higher (1985), No! No! Señor (1986) and all these projects respectively birthed numerous hits such as “It’s Nice To Be With People”, “Gimme Gimme Gimme Your Love”, “Touch Somebody”, “Amalahle” and “No! No! Señor” amongst many others. Her first studio album without The Big Dudes was a collaboration with then young singing sensation, Ronnie Joyce, who was dubbed to be the Michael Jackson of Cape Town. Their album was titled It All Adds Up released in 1984, with the two billed as Brenda & Ronnie.

In 1987, Brenda Fassie sought to establish herself as a solo artist with the release of her eponymous album Brenda. The album had beloved hits such as “Izola Bud” and “Jah Man”. The tail end of the 80s saw Brenda go on an undisputed run of mammoth albums and hits alike, with the release of Too Late for Mama (1988) Black President (1990) I Am Not a Bad Girl (1991), Yo Baby (1992), Umuntu Uyashintsha (1995), Now Is the Time (1996), Paparazzi (1997)Memeza (1998), Nomakanjani (1999). She enjoyed unparalled success amid personal turmoil, proving that she was a once in a lifetime and one of a kind artist. Hits such as “Vuli Ndlela” and “Nomakanjani” have stood the test of time.The winter of her life came in the 2000s, despite still releasing acclaimed albums such as Thula Amadlozi (2000), Myekeleni (2001), Mina Nawe (2002), Mali (2003) and Gimme Some Volume (2004). She would eventually pass away in 2006, after releasing her two final albums, Angiph’Endlini (2006) and Malibongwe(2006). Undoubtedly one of the foremost legends of South African music, Fassie was the epitome of a musical superstar and she left us with enough music to last multiple lifetimes. Enjoy all of the above mentioned albums on her birthday and beyond. May her soul continue to rest in peace.

The catalogue of Brenda Fassie can be found here.