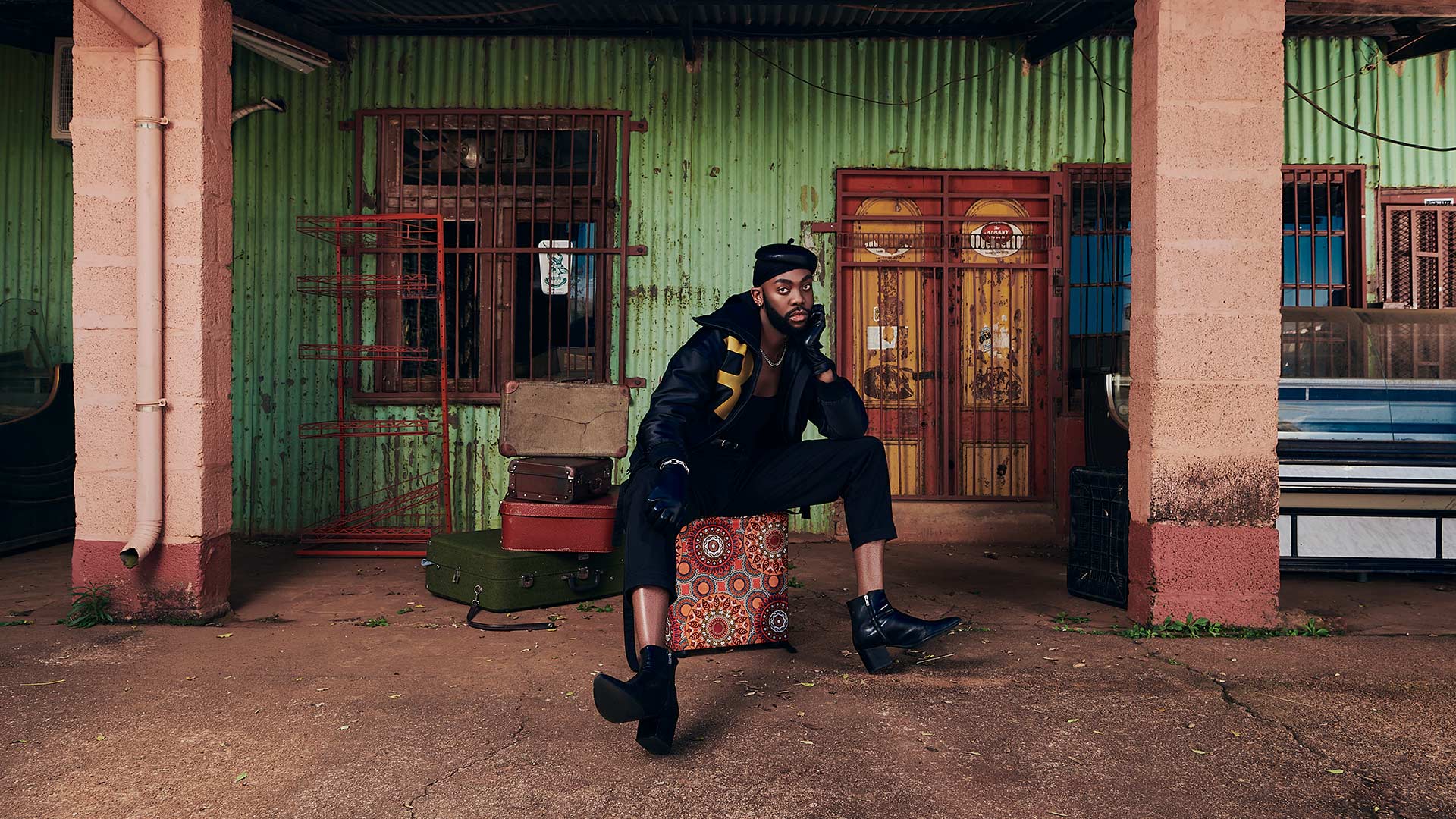 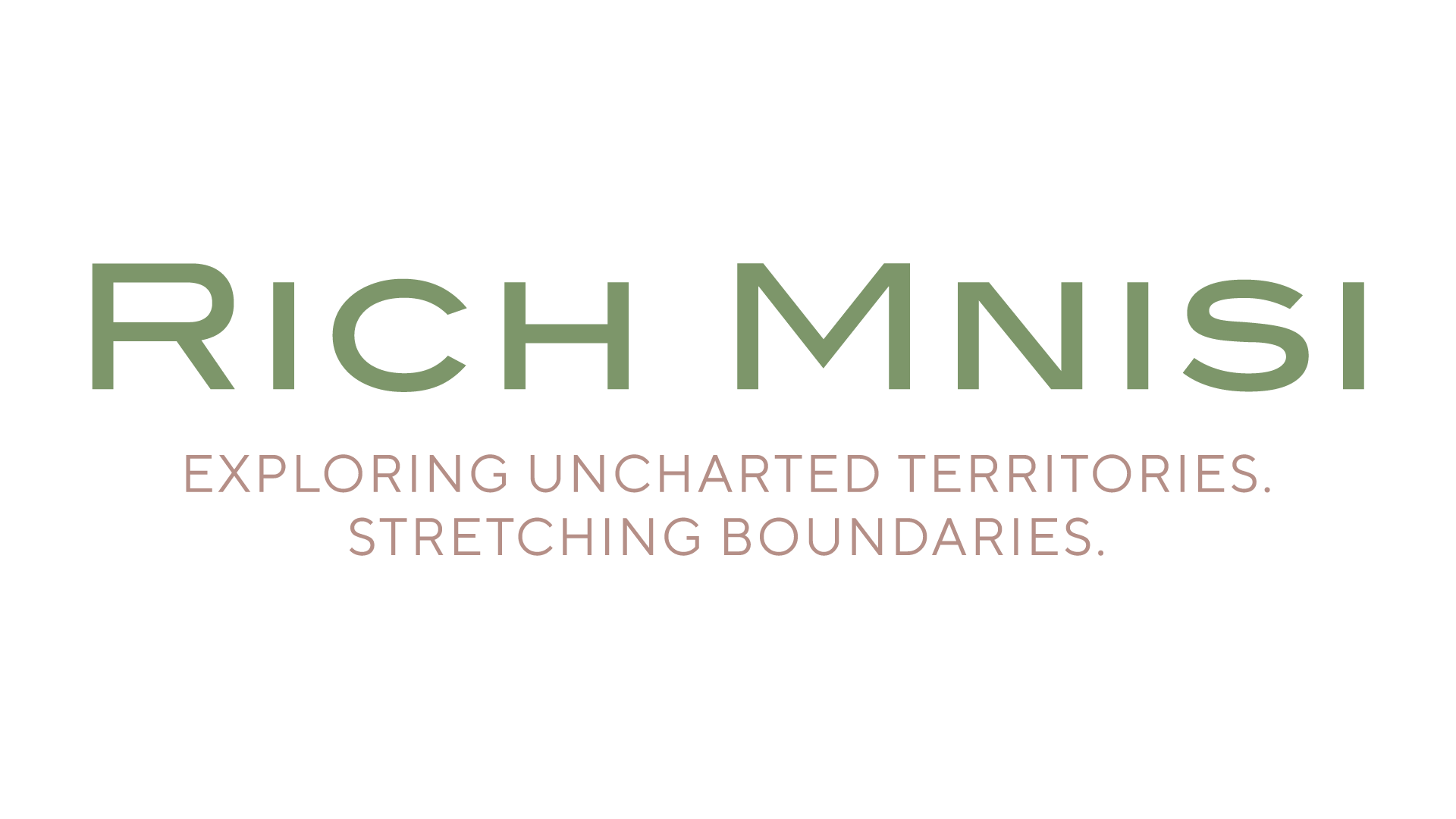 There’s a rich history of the northernmost tribes of South Africa embracing womanhood as a tool of empowerment. The Balobedu have for centuries had a matrilineal line of succession in their monarchy with the Modjadji throne, wherein only women can accede to the throne and rule as the paramount of the people. In VhaVenda royal structures, the Makhadzi serves in the highest advisory role in traditional leadership; a right hand to the ruler of the day, and also responsible for specific rituals and rites of passage.

Rich Mnisi, a Tsonga man, has given his own interpretation to the celebration of women in our societies. The visions for his designer collections draw direct inspiration from the richest bloodline; the women he’s surrounded by, his family. In 2018, speaking of his Nwa-Mulamula collection named after his late great-grandmother, he said, “I grew up with all these incredible family stories about my great-grandmother and the woman she was and, although I never knew her, the stories about her and my understanding of who she was, can be found in my clothing.” 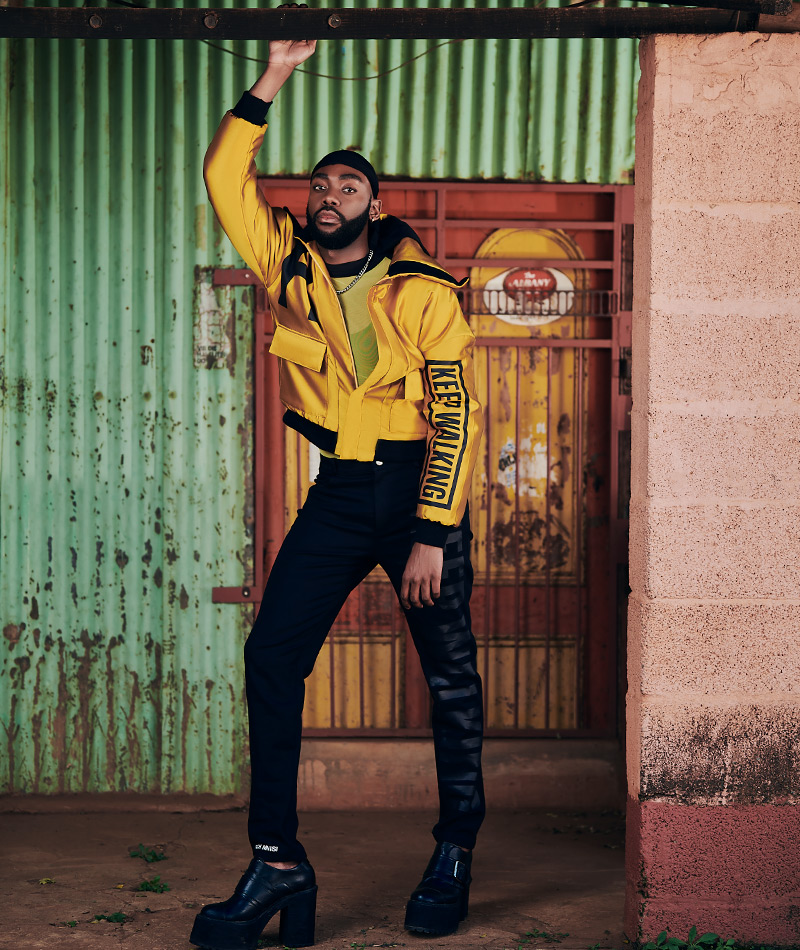 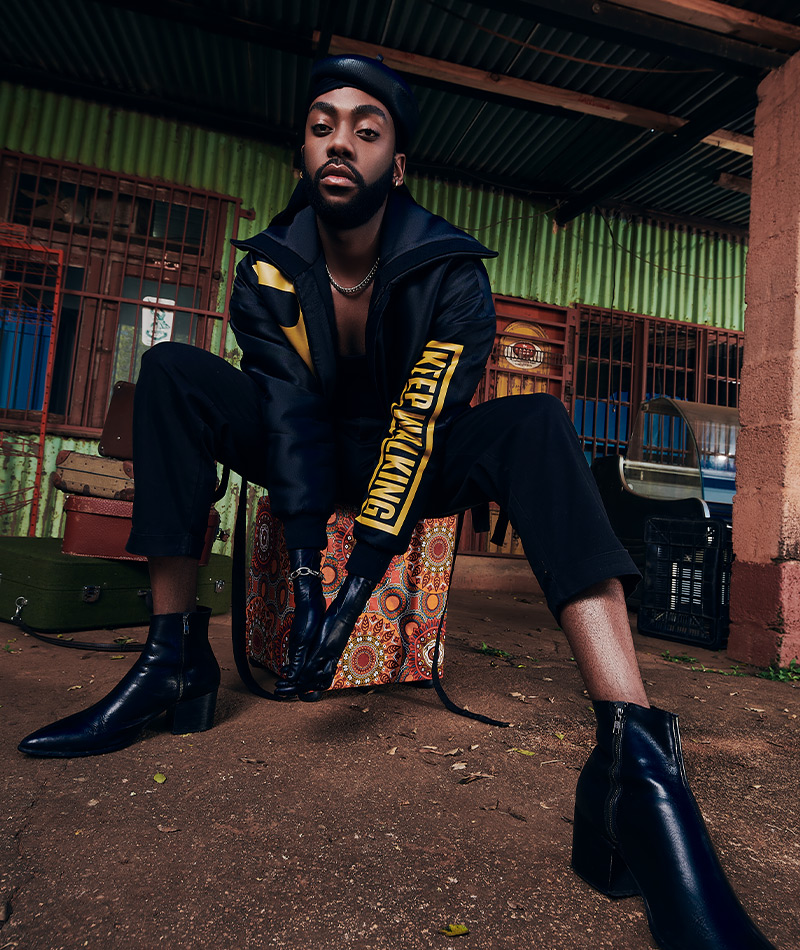 A graduate of the LISOF Fashion School, his initial choice of career path was to pursue a law degree. “I wasn’t going to study fashion, my family never wanted me to do it. But during career day in high school the fashion school that I went to came and they just opened me up to the opportunities that there are in fashion and I think that’s when I committed to it.” 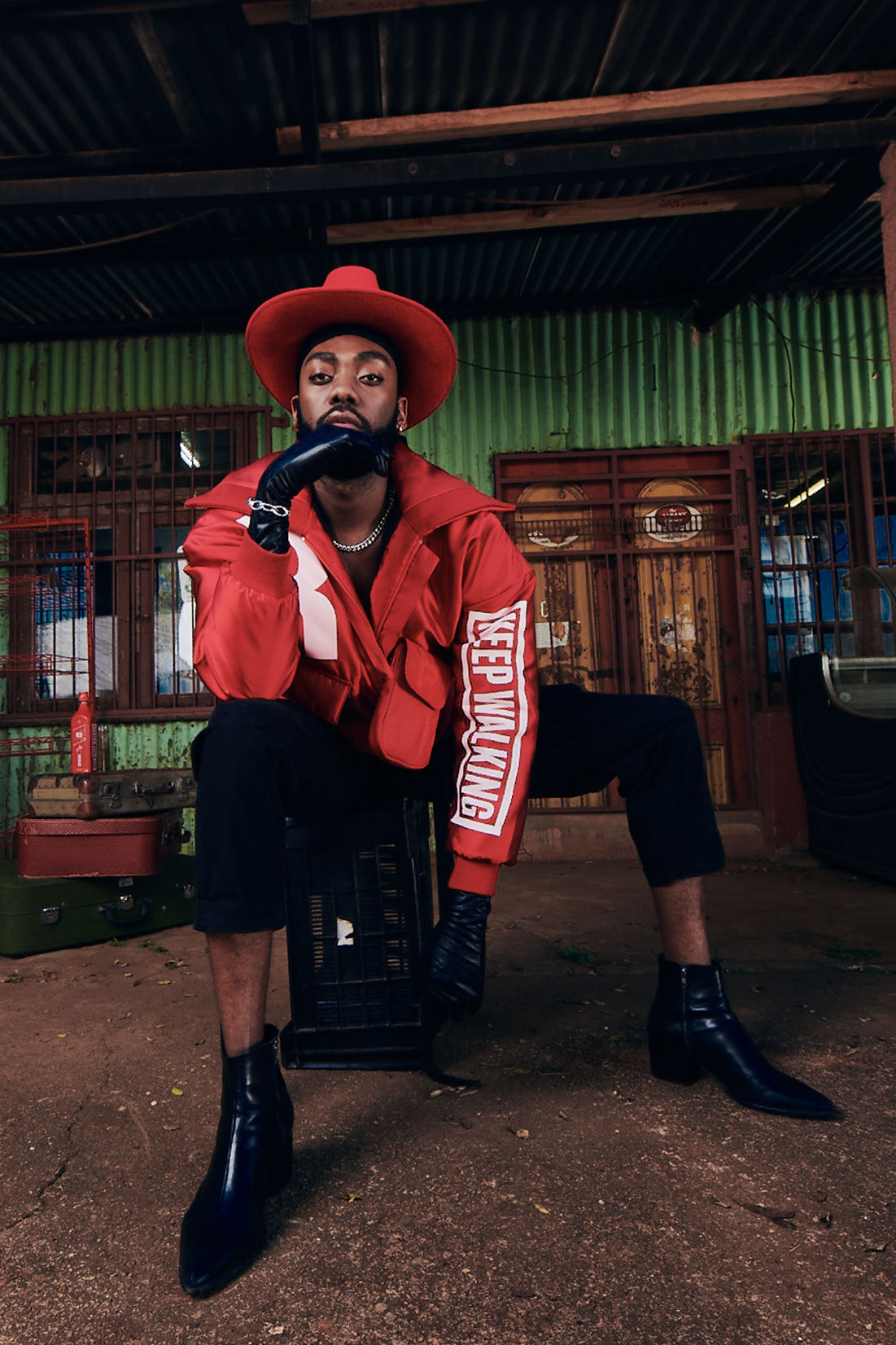 Finding his way in the world was a matter of sticking to his guns on his chosen career no matter the deviation from the beaten path. On his family coming round to welcome his choice, he says, “I blackmailed them,” he laughs. “I was like, ‘Guys, this is on me. If it doesn’t work out, it’s on me. But if I do what you want me to do and it doesn’t work out, then that’s on you.’ So, after some persuasion, things went my way.”

He continues, “I think it pressurized me. In first year I had already had a few jobs and I was studying. So it was one of those things [where] I needed to make sure that I make it work and I lift the financial burden from my mother as well as much as I can. But it was good. Getting all that experience so early in my journey was also quite something.”

Making good on that promise, he graduated in 2015 and in the same year won the AFI Young Designer award at the Mercedes Benz Fashion Week Africa. As he’s moved from collection to collection, the constant throughout his journey has been his family at the centre of it. “It’s always internal, I don’t go too far for inspiration because there’s so much already just within my family.” 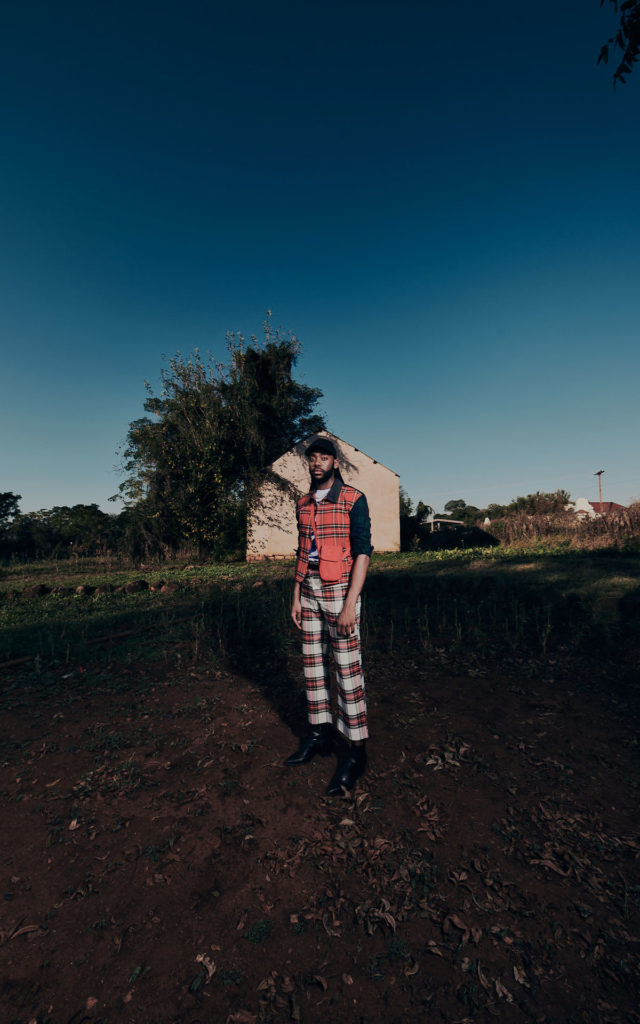 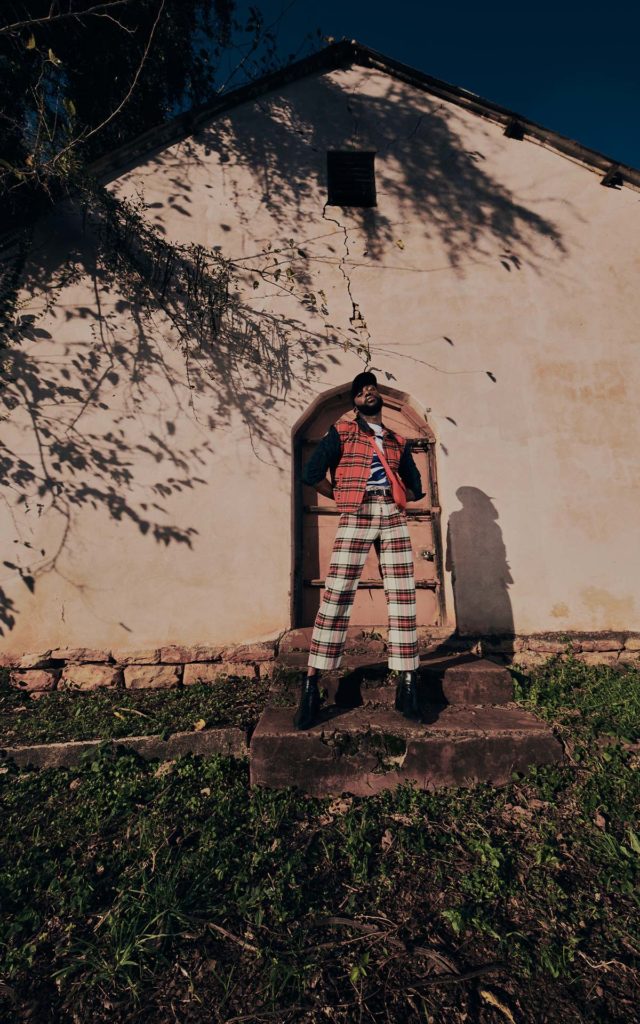 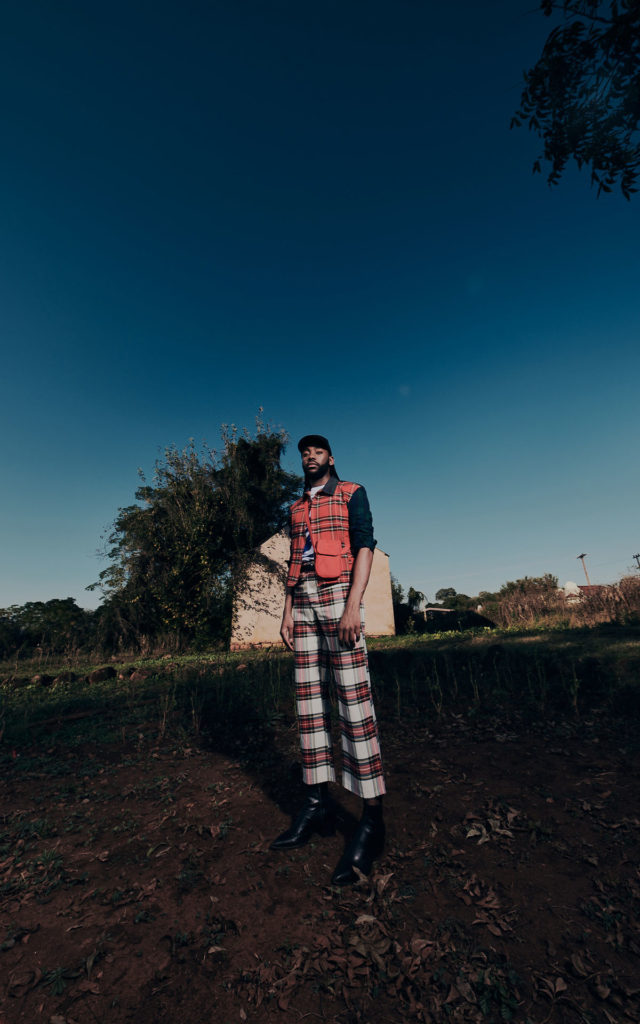 The expression of it may be varied, but the heart of the brand is, and has been, “Mnisi’s yearning to connect deeper with his unique culture and heritage and tell a compelling story through his art – a story of a mysterious past, intriguing present, and reimagined future. All this packaged in extremist yet minimalist structures which are rooted in innovative design and superior craftsmanship.”

It’s in this context that his latest capsule collection with Johnnie Walker was born. Johnnie Walker is celebrating its 200th anniversary and to commemorate the milestone they’ve collaborated with Rich Mnisi to produce a range of clothing that speaks to both brands’ shared expression of exploring unchartered territories and pushing boundaries.

Rich Mnisi’s approach to design has not only been concept-fluid “traversing almost seamlessly between the known and unknown,” but is has also been androgynous in its composition, without strict definition on masculine and feminine components. He hasn’t strayed from that with the Johnnie Walker capsule collection, with jeans, t-shirts, joggers, accessories, and bomber jackets that appeal equally to both men and women.

The signature “R” of the brand name is bold in its placement, a follow-on from the lettering we’ve seen on his classic woollen sweater. The sweater debuted in 2018 and made a return last year as part of his Azania loungewear range. Asked about the boldness of the brand name on the sweater, he said, “That particular garment we made in 2018 and immediately [after] we finished making it I hated it,” he chuckles.

“But then I had to show at Fashion Week the next day and I didn’t have time to replace it. So it was one of those spontaneous things. And I think now, after re-releasing it last year, it’s just what people want to identify the brand with. I think people are so proud of having a local brand that they want to wear on their chest so proudly. And aesthetically it also is shifting the way I design as well because I see them lean towards making sure I fulfil that pride that people have in the brand.” 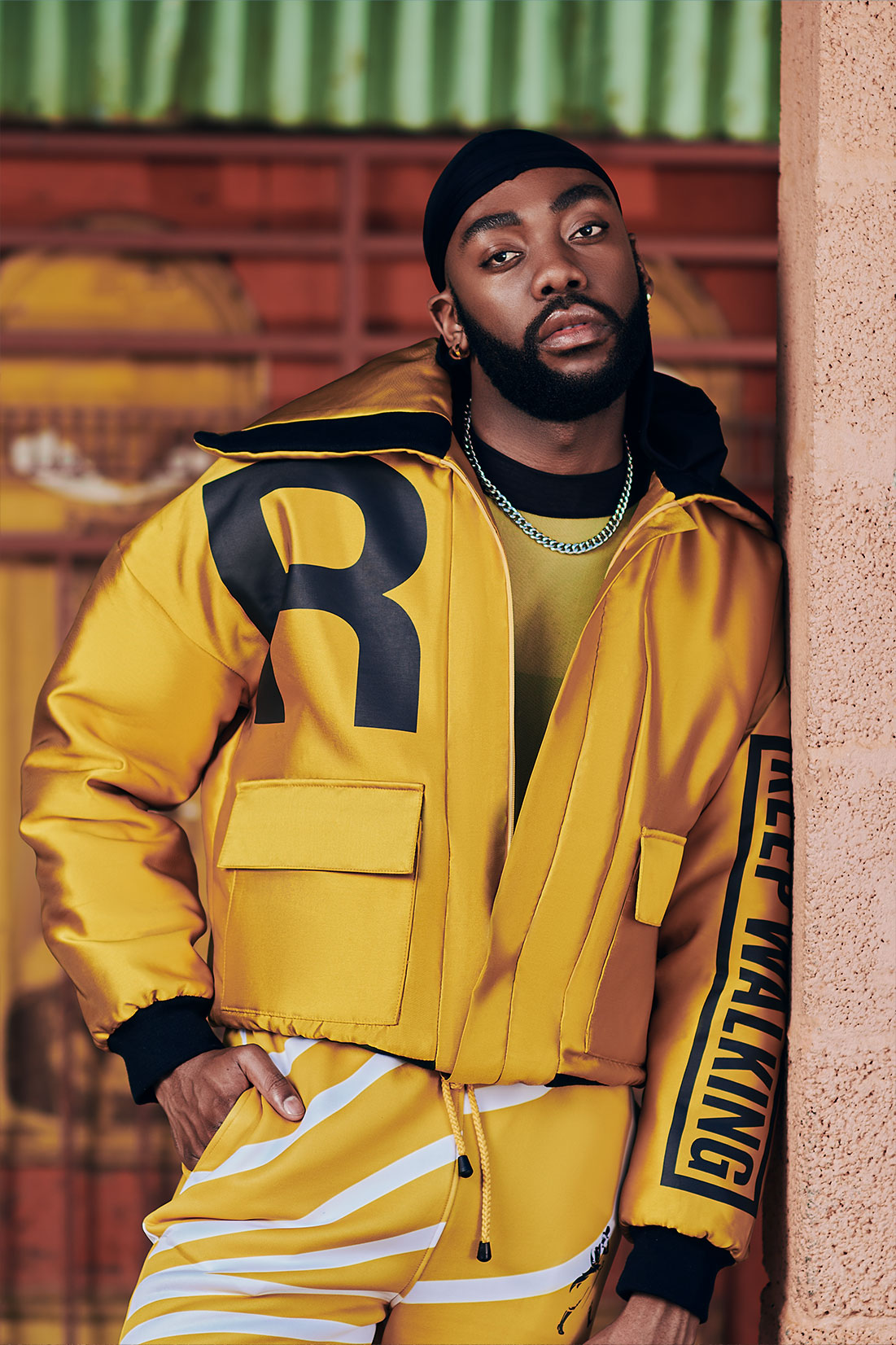 On his future goals, he says, “The goal always changes. I think, to be honest, if I had to compare goals that I had for myself and the brand [from] when it started to now, you start realising that things always shift, just based on the fact that the world is always changing, your ideas are always changing. And that’s the nice thing about being an independent designer is that you can always change your mind. So I don’t like committing to an answer that says ‘in five years I want to have these goals’, the world is always changing. It’s one of those things [where] I don’t like committing to that, especially because I have the opportunity to not commit to anything and just allow the brand to grow as a brand. But growth is goal.”

Asked to describe his journey thusfar, he says “Very much Cape Town wind, keep the doors closed, anything can happen, it’s pretty but it can be ugly,” he says between chuckles. On the way forward he’s adamant about not settling into complacency. “I also do leave room for exploration and growth. I think those things are defined by ambition, and the ambition can go anywhere.”

From Nwa-MulaMula, to Martha (his grandmother) and Daisy (his mother), the strength and power of the matriarch is one that he constantly draws inspiration from and has used as the North Star in finding his place in the world. The journey is not without its challenges but he’s determined to keep walking. 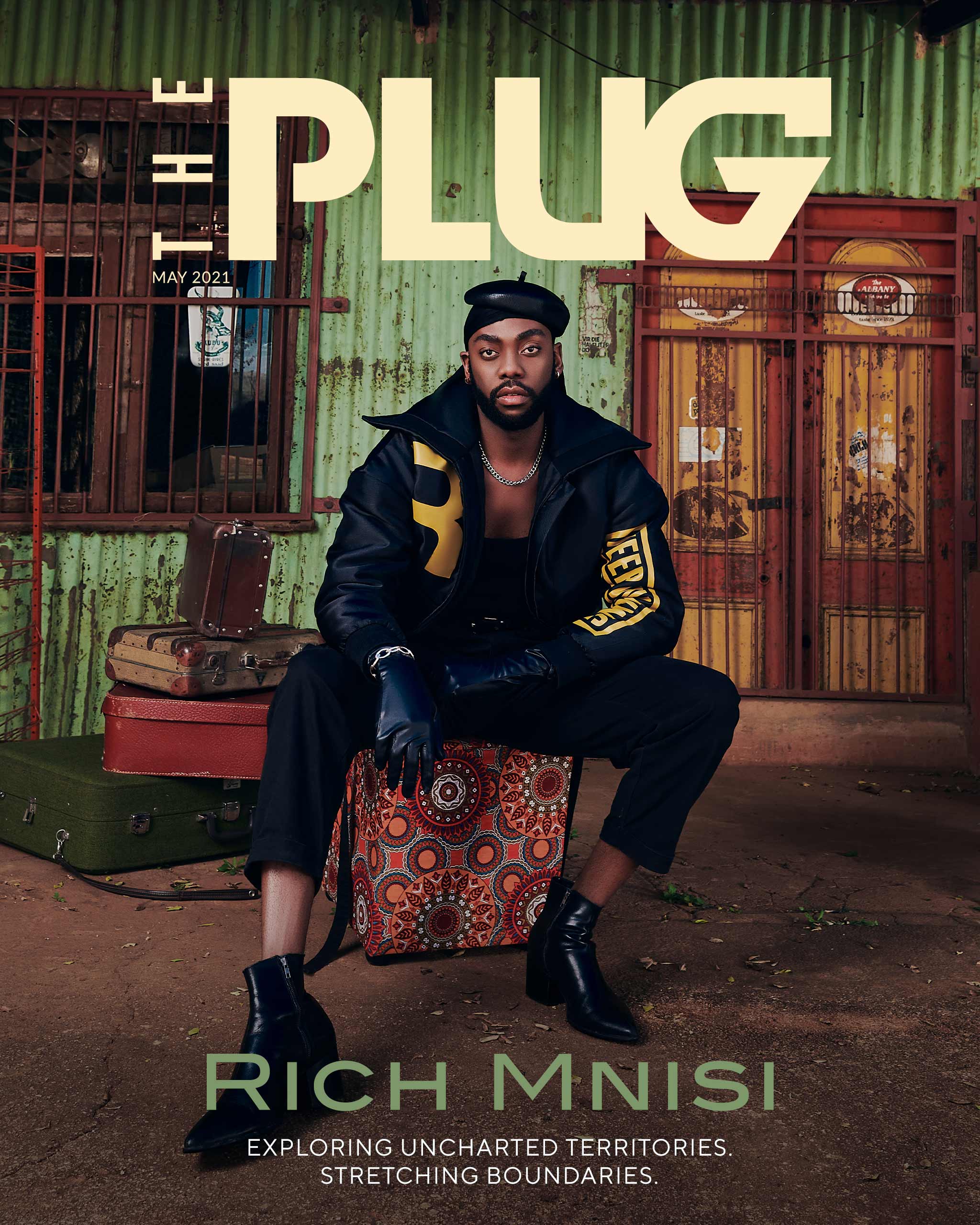