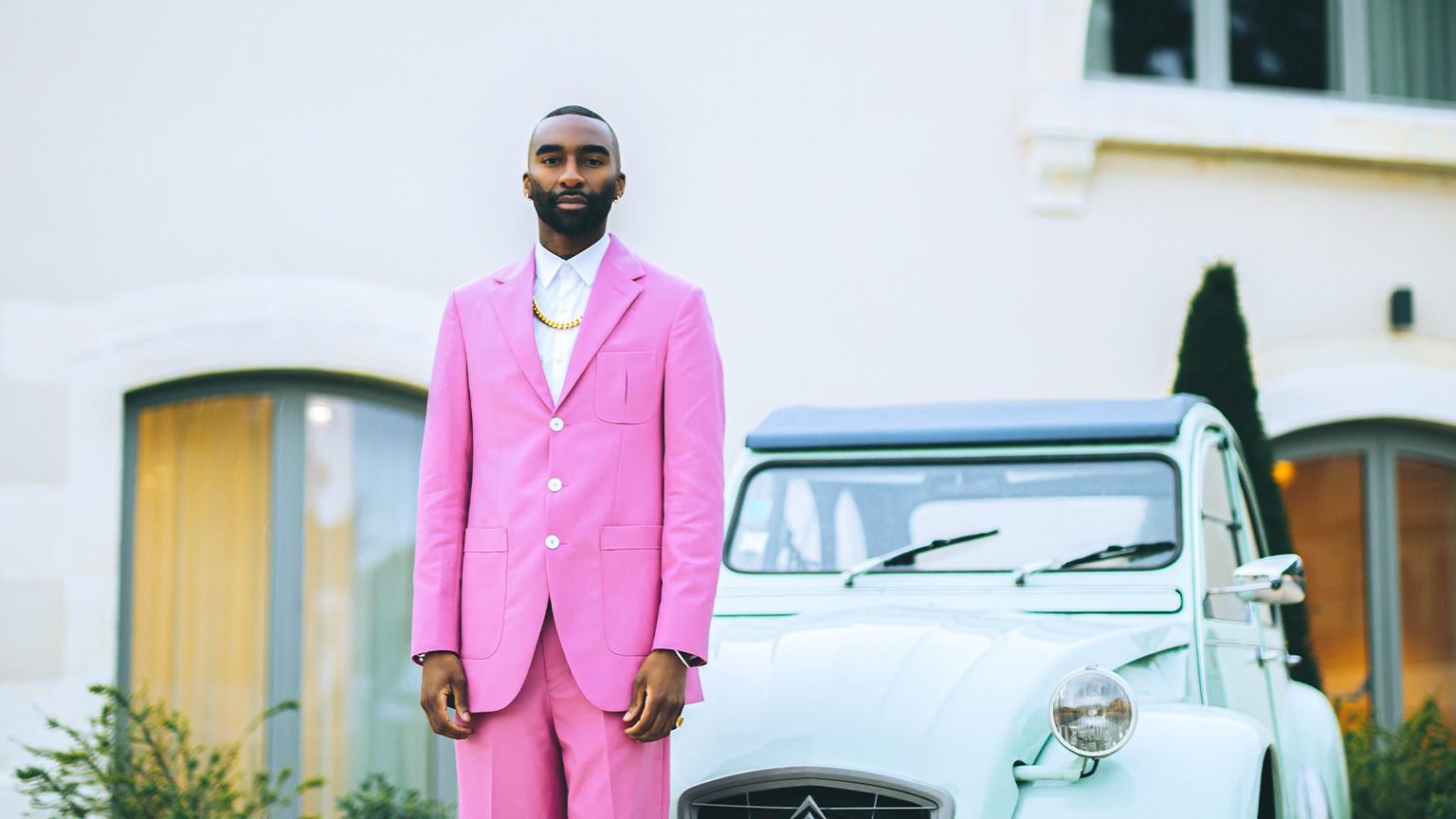 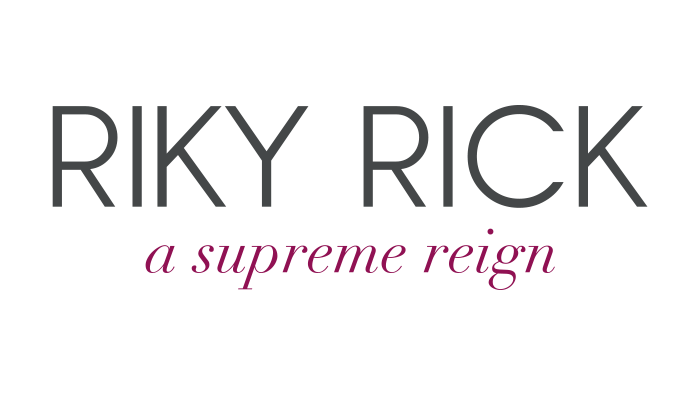 A star was born with Riky Rick. One that commanded the attention of every room he walked into, one that demanded the respect of every stage he filled. If his demeanour in private didn’t let you know, the intensity with which he engaged the public did. Riky Rick was undeniable. 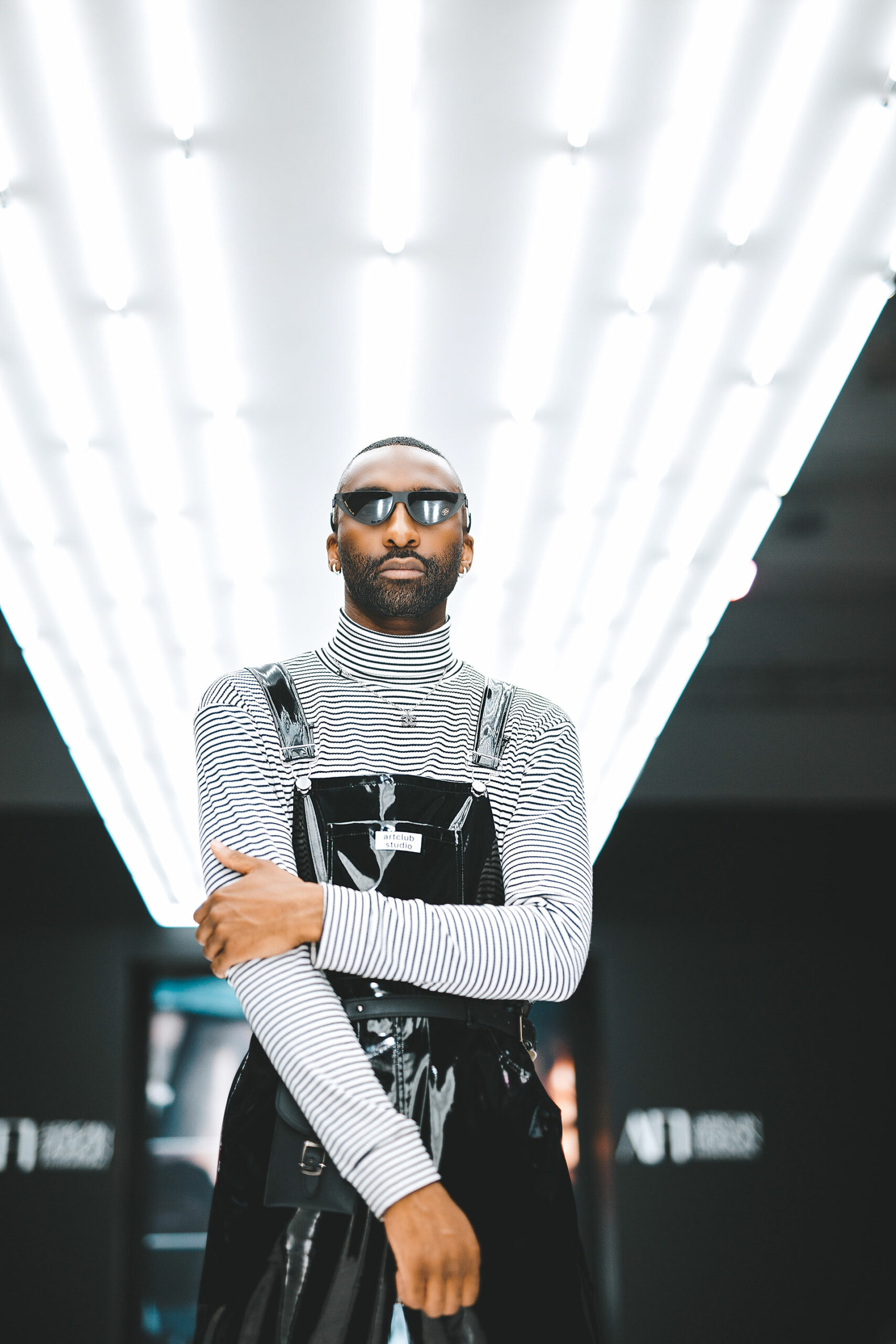 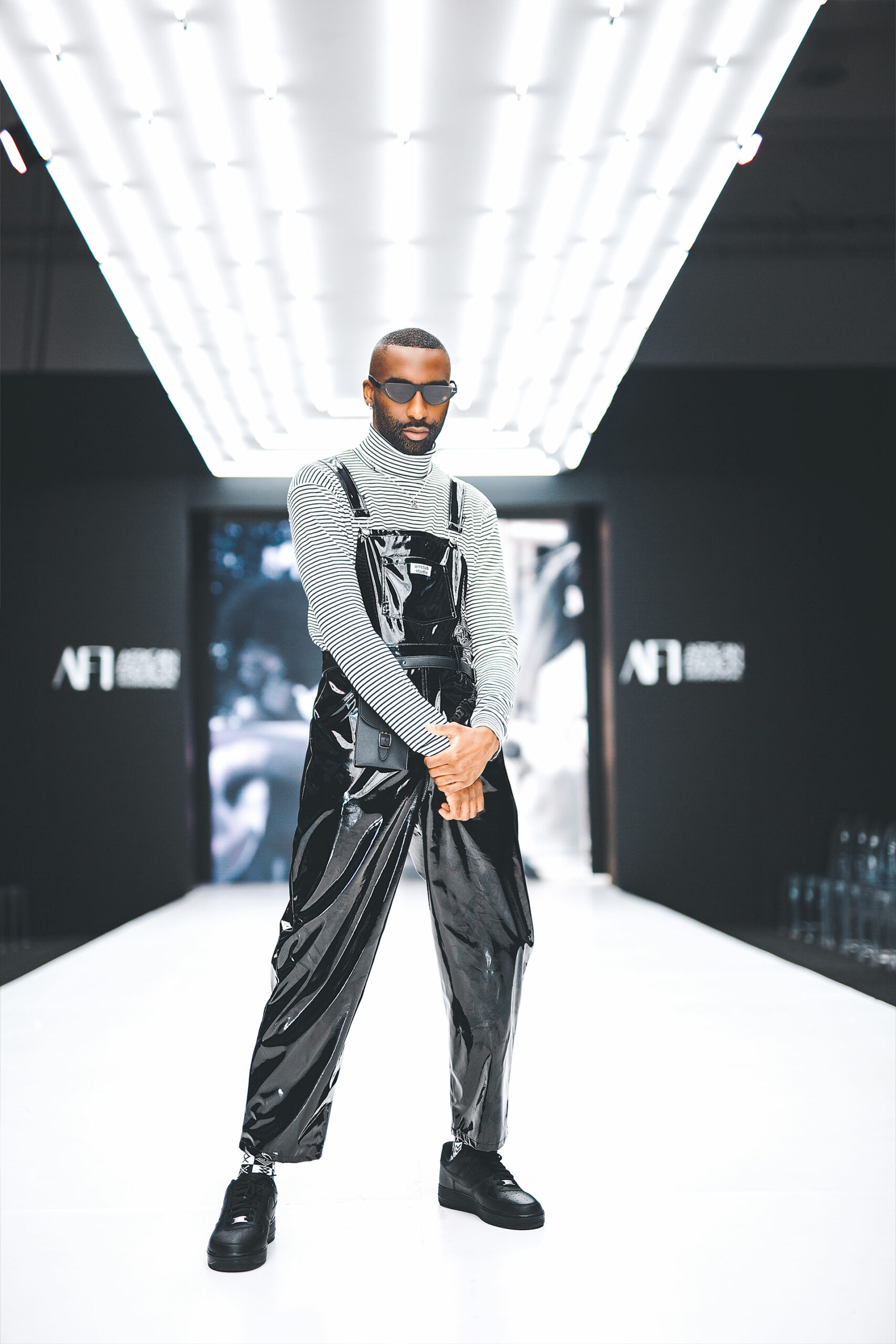 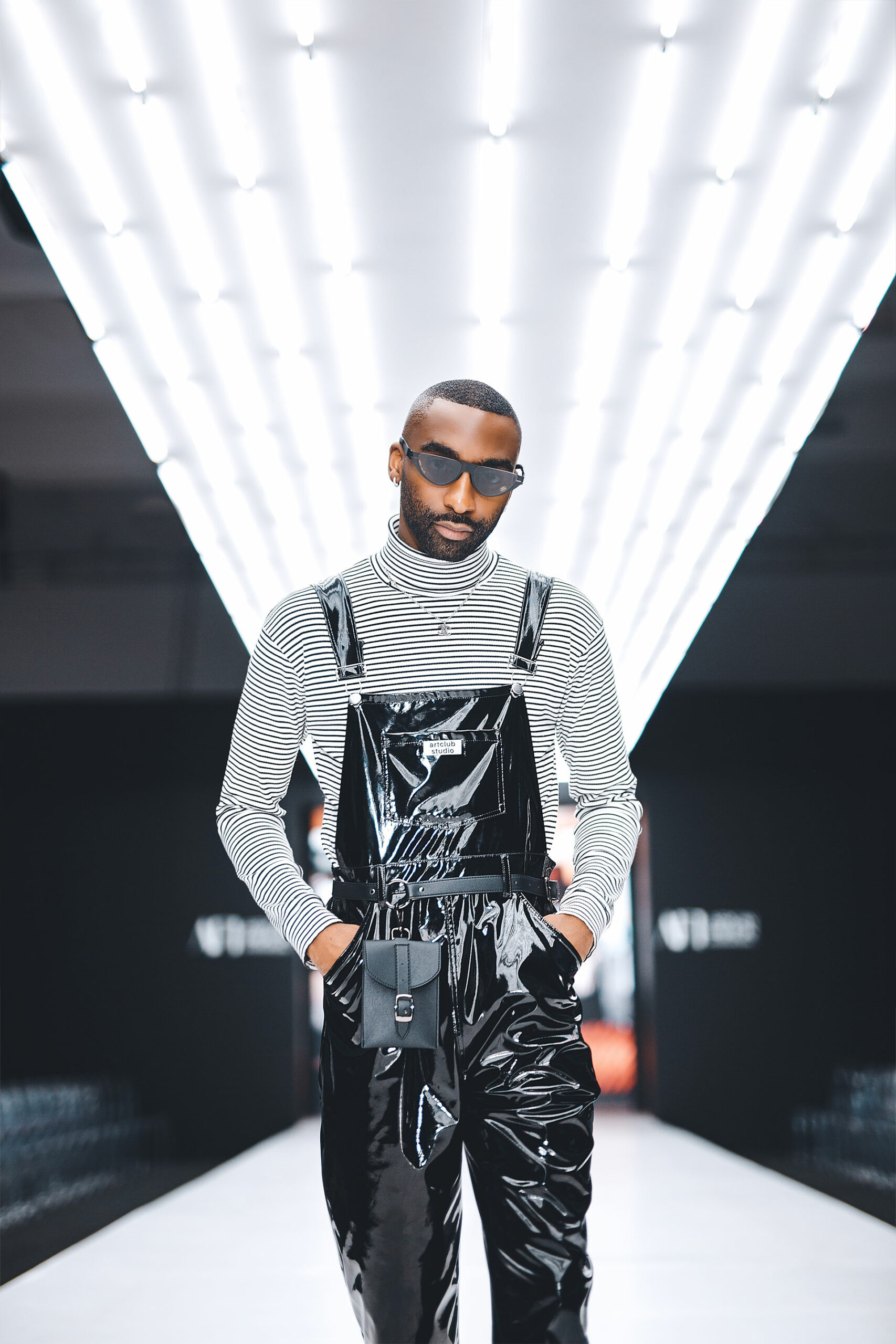 On July 13, 1987, Terrence Trent D’Arby released his debut studio album Introducing the Hardline According to Terence Trent D’Arby. It debuted at number 1 on the UK Albums Chart and produced singles such as “If You Let Me Stay”, “Wishing Well”, “Dance Little Sister”, and “Sign Your Name”. But towards the end of the album, the penultimate track, was the gem “As Yet Untitled”.

The artist who began singing in a church choir at the age of four’s voice pierces through the silence with a soulful chant. The lyrics – almost in supplication – betray the plight of a man plagued. He speaks to the circumstances that have brought him to that place, and the decisions he’s wrestled with to find peace.

He closes out the track, singing, “But I’ll return a stronger man/ I’ll return to me my homeland/ No grave shall hold my body down/ This land is still my home”. It endured far beyond him, in a way that he didn’t anticipate when he wrote it.

A week later, to the day, Rikhado Makhado was born. His story would be one of a schoolboy who snuck out of class with his friends to do freestyles in the choir hall. While filming an insert for eTV’s Sistahood in 2014, he tells the host, “We’d say we’re going to choir practice and wait for the choir people to leave. We were doing something we weren’t meant to be doing, and it just gave you this feeling of ‘yo, you’re in control of something.” He said, “That’s how I found music, it was some sort of remedy for whatever was happening at the time.”

As his journey progressed as a musician, Riky Rick found remedy in the music often. In an episode of the Lab Live podcast that he hosted, he spoke to how he presented different facets of his personality publicly.

“But I’ve also got this other side, that is a boisterous Liberace mixed with Slick Rick type character. I wanna be mans from Casino, I wanna be mans from Goodfellas. I looked up to those guys. I looked up to the guys with the shiny suits and had a roll of 10,000 in their hand. And for them, the way to show that they made it in their section or that they made it in life was to show you the 20,000, that go out and show you that I got the whip, I made it in life. I’ve also got that section, I’ve also got that part, which is more of the Boss Zonke.

“It’s been a hard, hard road for me in these past couple of years trying to decide, when I present something to the world, which side am I presenting, which side is important,” he said. 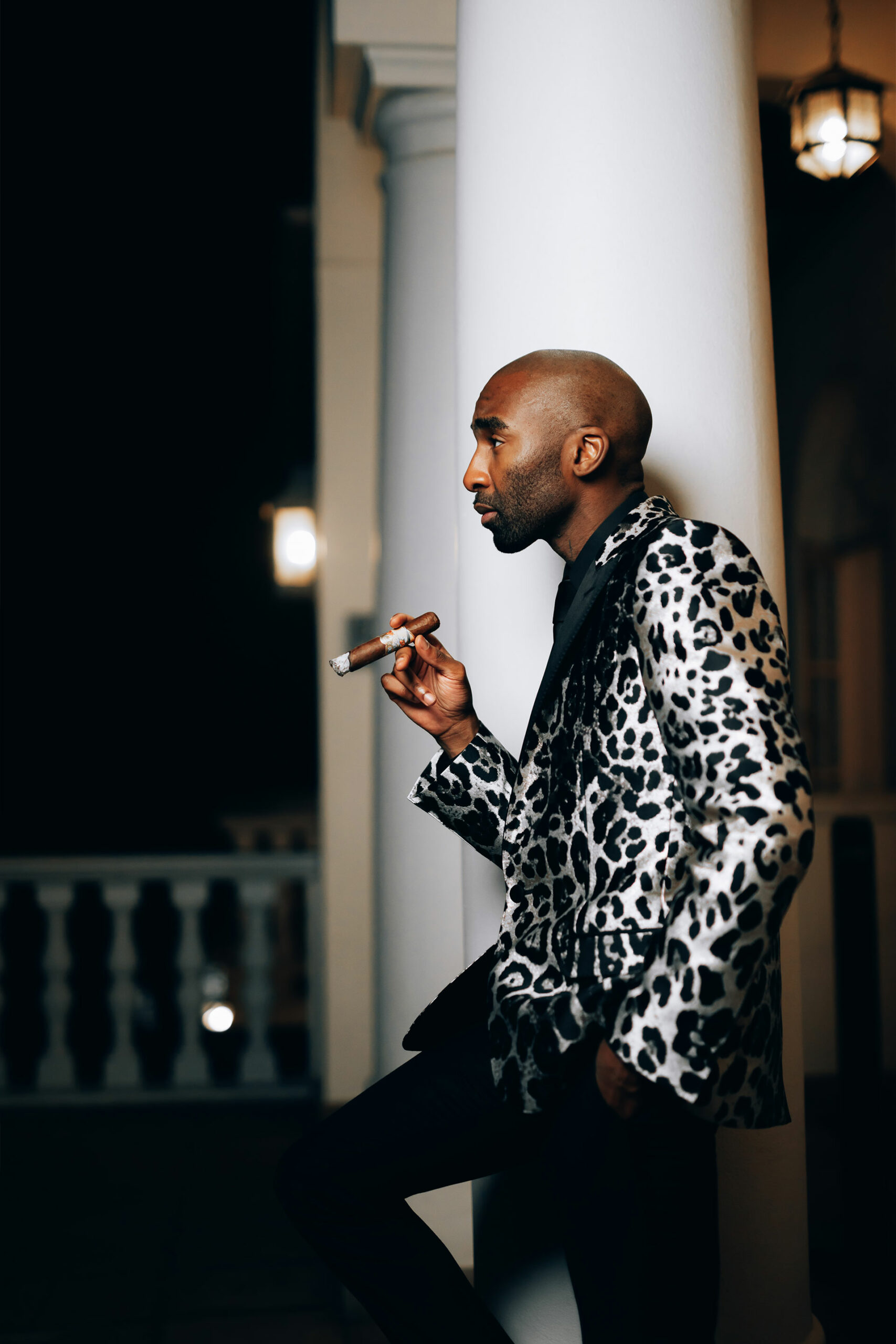 It’s a duality we’d seen play out in many areas of his public life, but none as striking as with the release of his final solo project.

“Ungazincishi” was every bit the slick Rik, from the moment we saw Venom drop the beat to a packed crowd in a clip that went viral on social media just before the single’s release, to the portrayal of the artist in the single’s official video. Released late in 2020, it served as a rallying cry going into the festive season. The message simple in its communication: do not deprive yourself of a good time during a year that humbled us all. A call to action, if you will. People took up that call in droves and it was the sound of the summer. 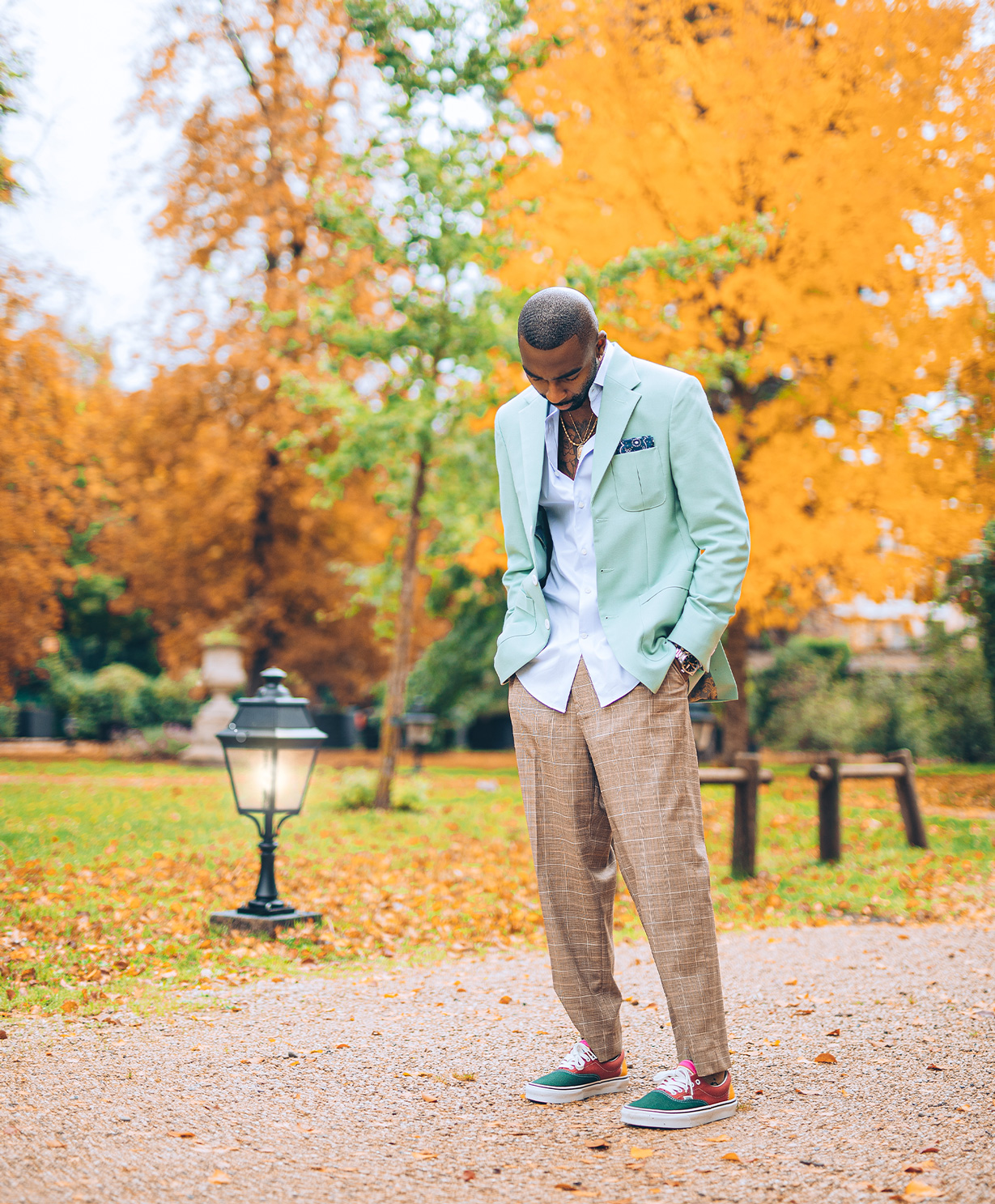 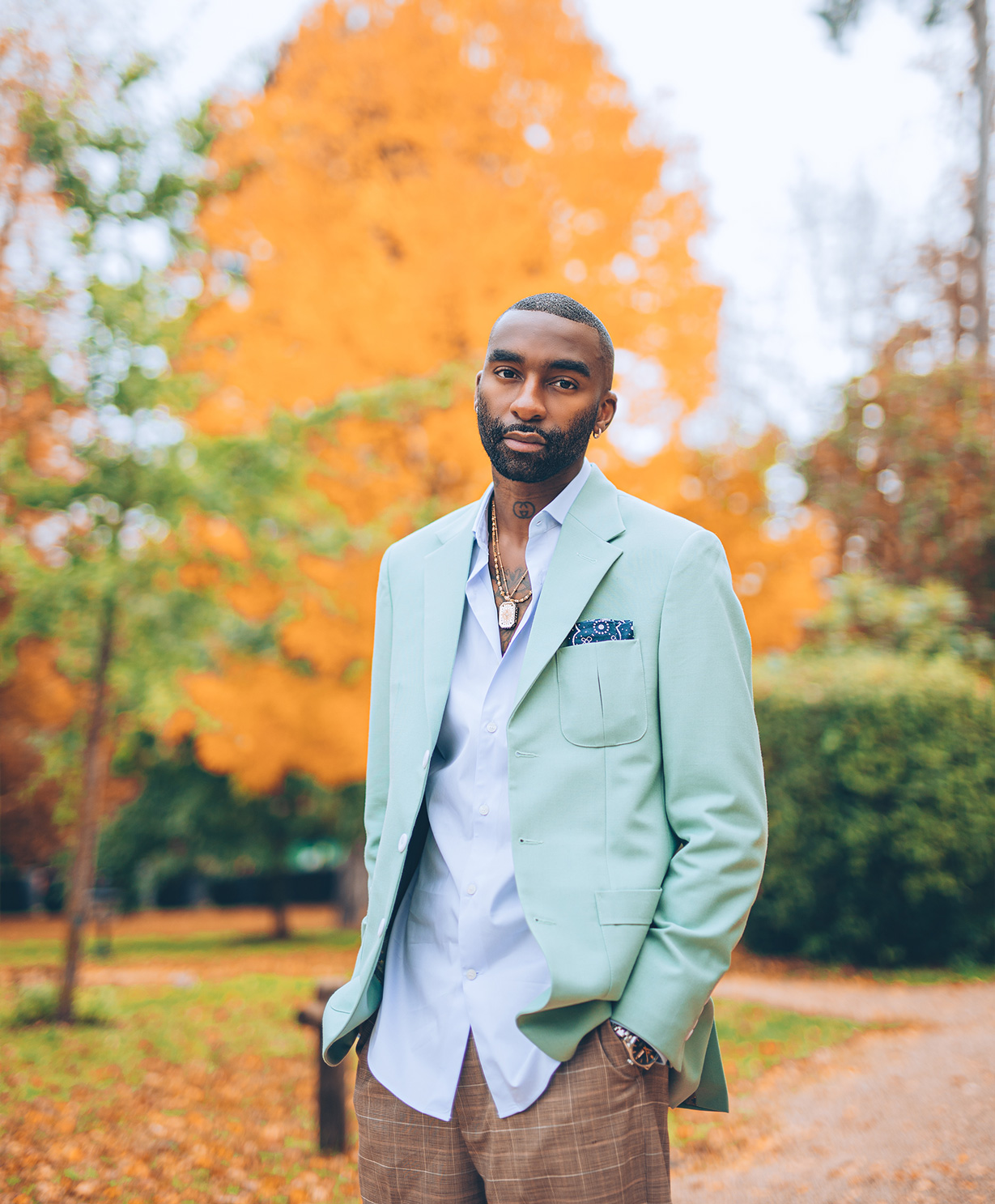 The second single released on his two-pack EP was “Home” featuring Mas Musiq. Showing the other side to Riky, the intensely introspective track focused on ‘a spiritual connection to things we might’ve lost.’ On it, he samples D’Arby’s “As Yet Untitled”.

Riky’s journey with D’Arby’s work seems an ordained one. Progressing through both tracks the realisation dawns on how similarly their emotions ran. The artists are in conversation with each other through the two songs, 23 years apart in their release. They speak to their shared experiences, decades removed, and their vulnerability is laid bare.

Largely ignored at the time of its release – overshadowed by the “Ungazincishi” behemoth – “Home” has posthumously come to represent Riky’s state of mind in his final days by fans looking for home to house their grief. He quoted a few lines from it, sampled from “As Yet Untitled”, in his final tweet on the morning of his death, showing a particular kind of vulnerability. 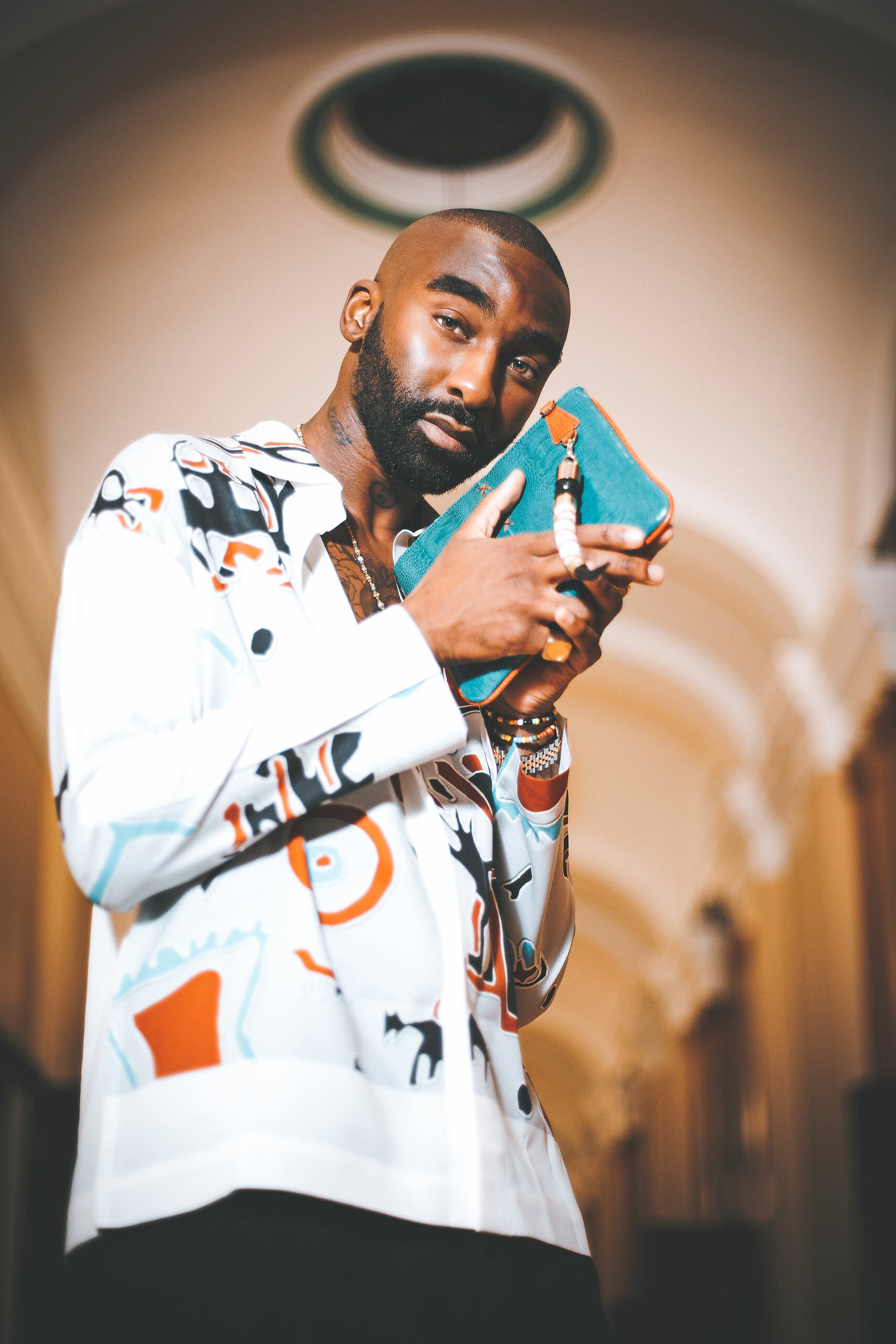 The entire country, touched by Riky’s life, reacted viscerally to the news of his death. At around 3am the following morning, contemplative and emotional, I reached out to the artist formerly known as Terrence Trent D’Arby on Instagram via a direct message. Not expecting a response, the message was a release of sorts for all the heaviness sitting on my chest.

Terence Trent D’Arby now goes by the name Sananda Maitreya. He spoke about the decision to change his name in an interview with The Guardian in 2017. Speaking about D’Arby as though he were a completely different person, Maitreya said of the decision, “When you have a psyche that’s no longer functional, you petition another psyche.”

I thanked him for the music in my message to him, and for the fact that Riky could find solace in it. To my completely surprise, he responded later that evening. His response was simply the link to an unlisted YouTube video he recorded, speaking on Riky’s ‘exit from this layer of our dimension’. He’s since made it public and began the video speaking on his personal Native American beliefs, saying, “My Native blood, we don’t believe in death, we only believe in life.” He goes on to speak about his belief that life takes on different forms over different periods; how we are composed of light as humans, and are reborn into different forms.

In the same way that Maitreya had petitioned another psyche in this life form, he believes that Riky has taken on a lightness of being in another life form. He says, “There is no death. There is just continuation, there is just the next room that we walk int0.”

Awareness of self is an epitath that many would choose as the defining characteristic of their lives. But make no mistake, it’s a choice. As we run the gamut of our life’s experiences our paths will eventually get us to the point of pondering our legacy. For Maitreya and Makhado, that contemplation was evident in the two tracks. A nation rattled with grief, not just from the collective experience we share of death in the onslaught it’s dealt our public figures, but also with the myriad of personal experiences we’ve had with it over the past two years, our emotional reckoning is here.

What is absolutely certain of Riky is that his energy has been of a transformative nature in this lifetime. No other musician in the rap scene has changed as many lives, or put on as many artists as Riky Rick has.

The earlier stage of his career as an artist drew us into the world he created, one of imaginative ideas and explosive execution. His artistry lived at the intersection of beauty and despair and channelled that communication through videos like “Nafukwa”, “Ungazincishi”, and the short film “Exodus”.

The latter stage of his career took everything he learned as a recording artist to be a big brother of sorts to a younger generation of artists. His 2017 acceptance speech at the MetroFM music awards was a critical point in that acknowledgment. To the chagrin of the very organisation that awarded him the accolade, Riky took to the stage to say, “Shout out to all the kids that never get on radio, that can’t get their songs played on radio because they don’t have enough money. Shout out to all the kids who put out music videos, that never get their music videos played on TV because they don’t have the money.

He put his money where his mouth was and backed young talent immensely. Whether it was a guest verse on their new releases, hyping their endeavours on social media, or turning up to their shows and events hosted, Riky showed support to the younger generation of artists in every imaginable way. His biggest contribution to their development would be giving them a platform to showcase their talent by way of what has grown to be one of the country’s biggest festivals; CottonFest. 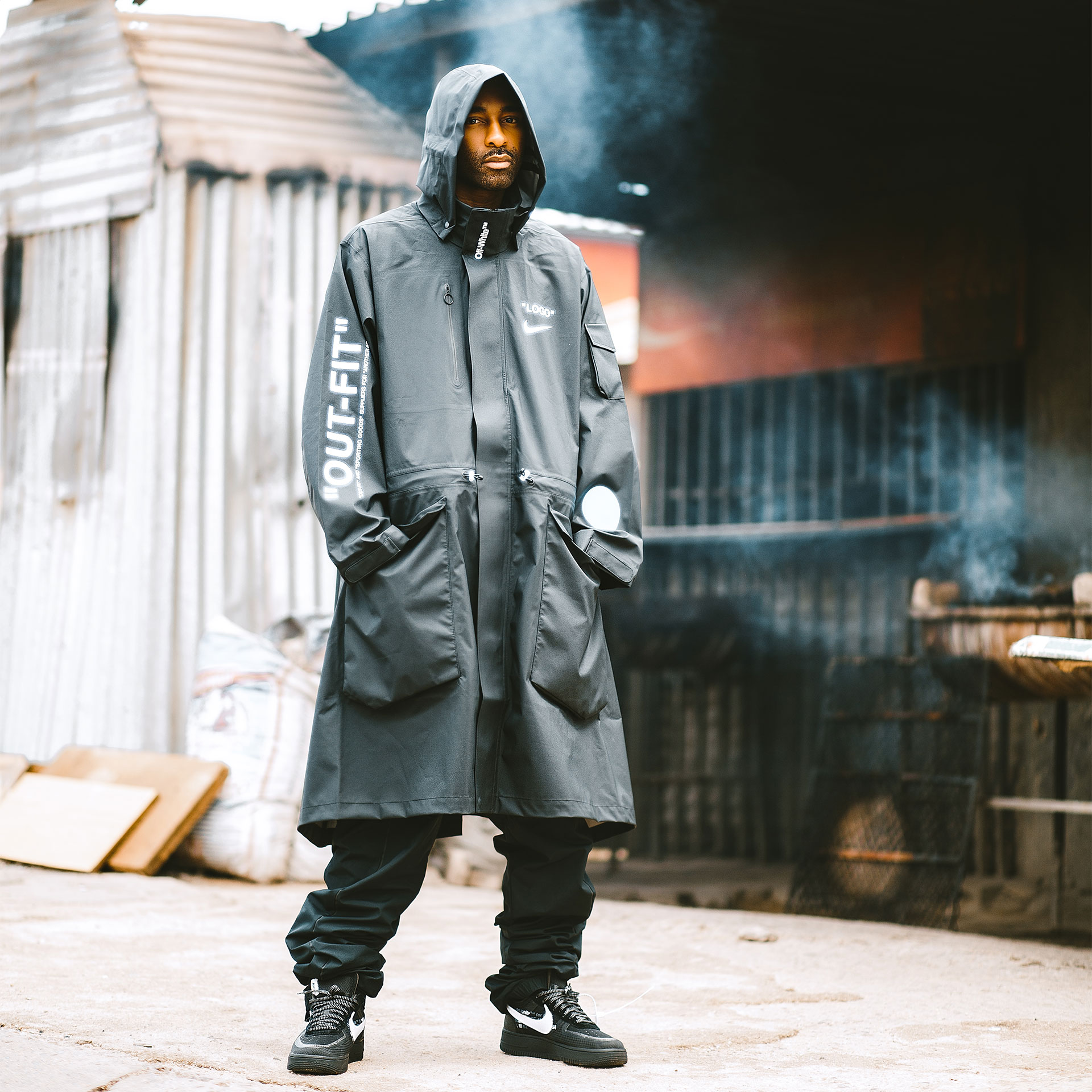 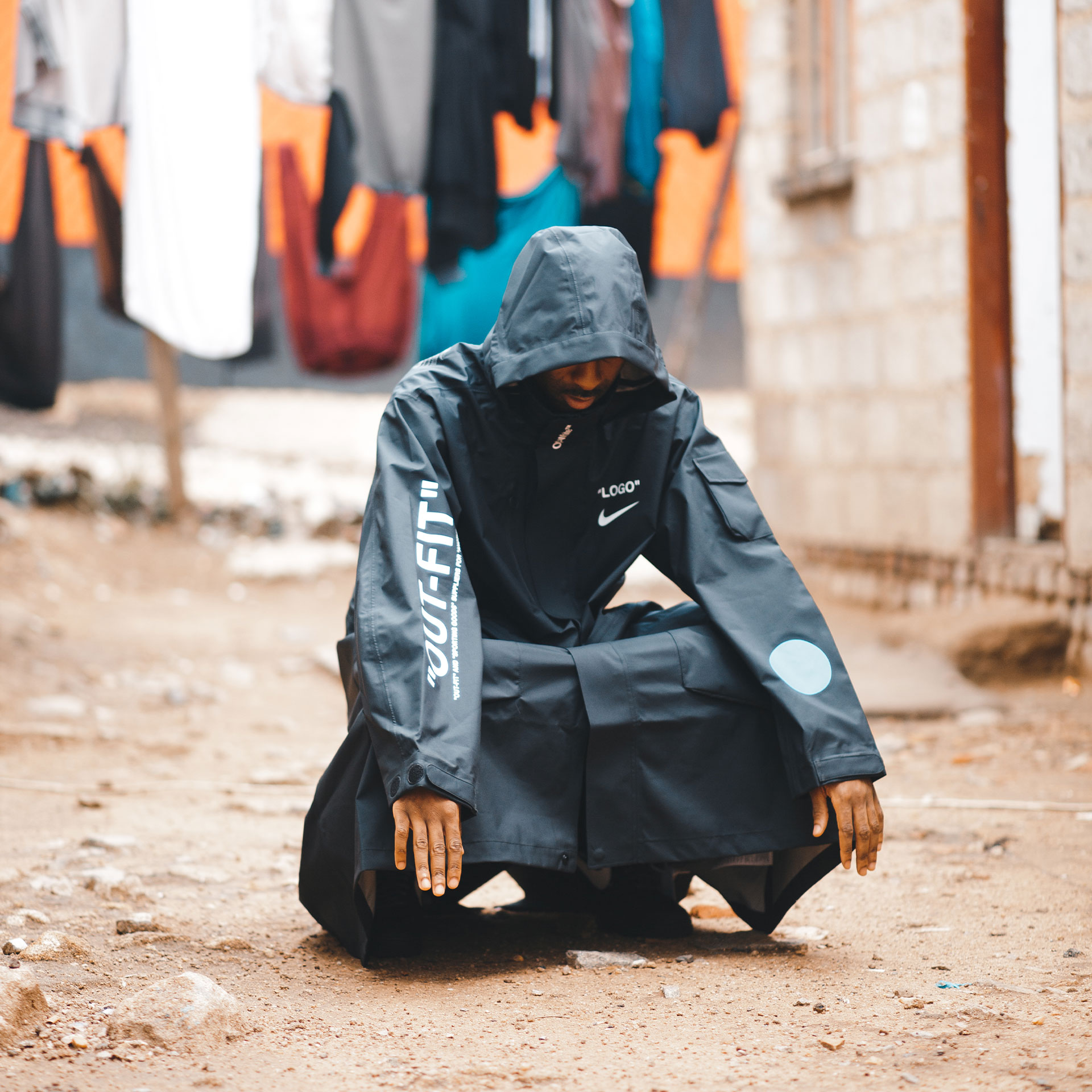 It’s that spirit of continuation that we have to take up as though they were arms in the fight of our existence. If we claim to care anything about his impact and contribution to our industry, and more importantly, our lives, we have to continue his life’s work by giving new life to Riky’s work. His light in physical form has left this world but as Maitreya says, “There is just continuation, there is just the next room that we walk into.”

But beyond the continuation of the work is the knowledge of self. I find myself over and over again in this life, every experience moulding the person I am and who I want to be. If we take nothing else from his from his life and work, let it pull us inward; let it draw us nearer to ourselves. We have to return stronger men.

A star was born with Riky Rick. But as with the case of supernova explosions that return chemically enriched material to space, Riky’s transition from this life has to return enriched artists, performers, and people to our space. We have to be better for it. He exemplified this with his mantra, “We never die, we multiply.” 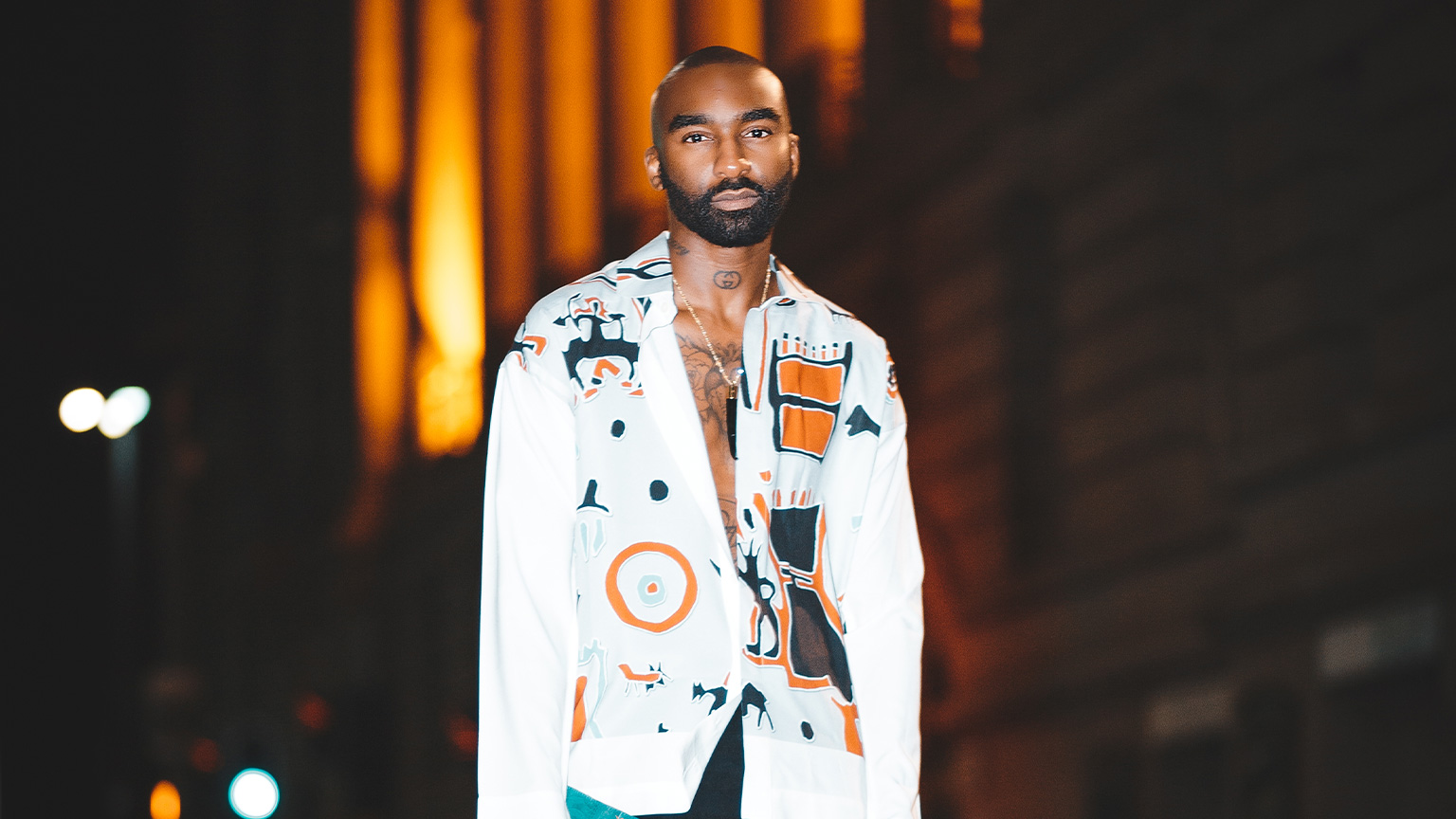 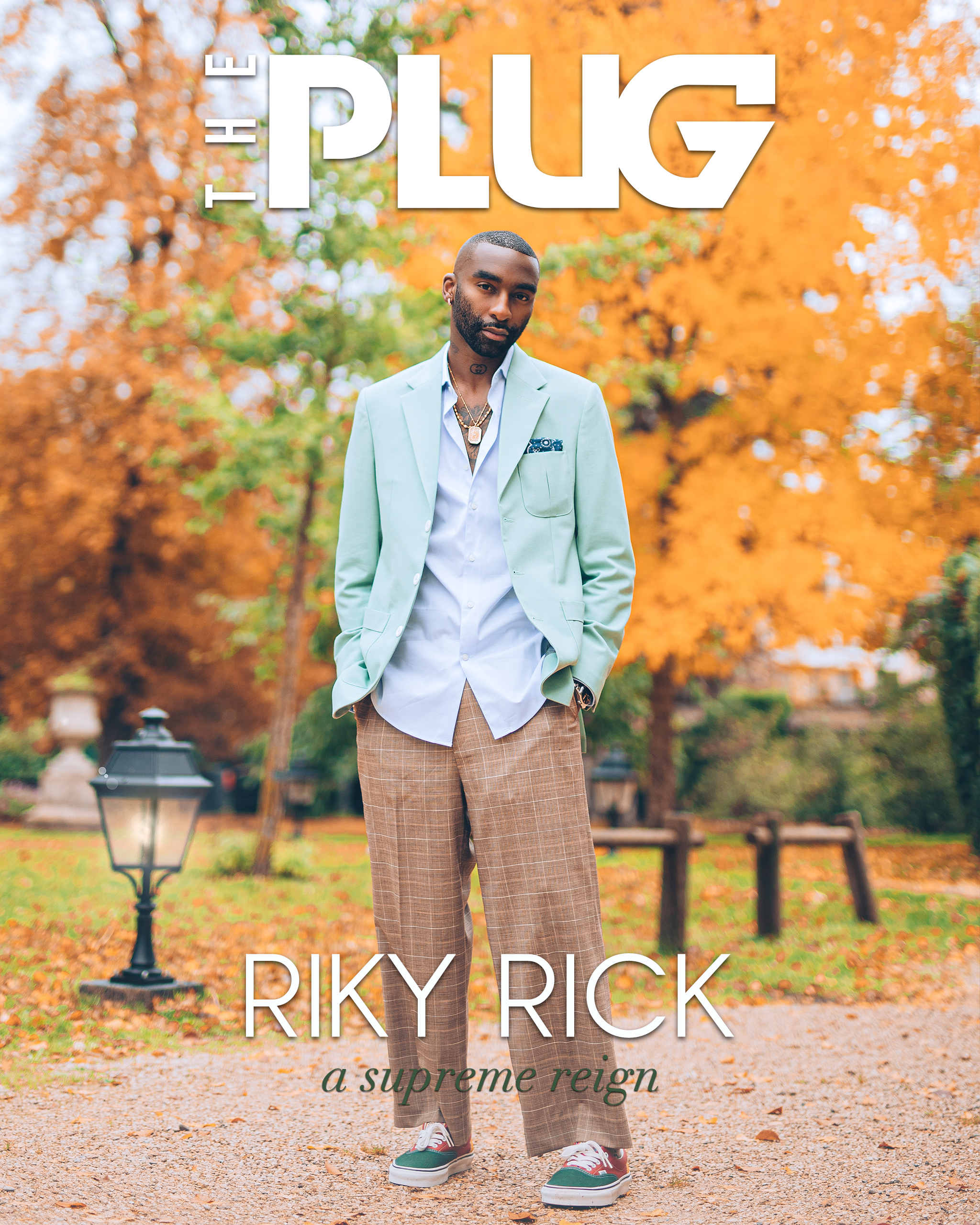