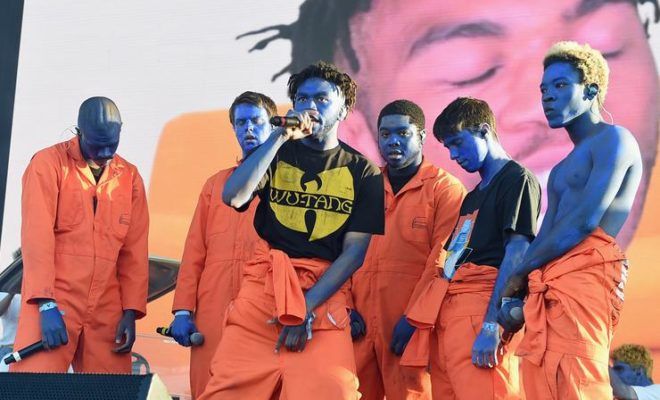 10 Alternative Artists To Watch Out For in 2018

The opening half of the year always presents the exciting prospect of new music not only from industry stables but those who are also on the cusp. Here’s my list of genre-breaking acts who I anticipate to have a great 2018.

A music group truly born out of Generation Y, BROCKHAMPTON are self-styled as the “internet’s first boyband”. But this isn’t your regular boy band: they’re not polished and they weren’t manufactured and assembled in a record label conference room. They rap and they’re mostly black. The 14-member strong set originates from the infamous online rap forum KanyeToThe and are unique in how they’re redefining the term “collective”. The band is made up of rappers Ameer Vann, Matt Champion, Merlyn Wood and Dom McLennon, producers Russell Boring, Cirian Mcdonald, Kiko Merley together with counterpart creatives in web design, photography, creative direction and graphic design. BROCKHAMPTON’s breakthrough came in the form of an aptly named reality series on Viceland, American Boyband. And with that 2017 saw them release 3 albums and accompanying music videos as part of their Saturation trilogy all within the space of 6 months gaining increased media attention, acclaim and a rabid fanbase with each instalment. As ground-breaking as last year was for them, they seem poised for an even bigger 2018. Having just announced their fourth album Puppy to be released within the US Summer, their boundless momentum shows no signs of stopping yet.

It would be disingenuous to label Sho Madjozi as just a rapper. Hailing from Limpopo, Madjozi, real name Maya Wegerif and her music and all-round creativity are difficult to fit in a box. As well as dabbling in acting and poetry, the 25-year old has convincingly carved out a unique lane for herself rapping in her native Tsonga over energetic and pulse-heavy gqom beats, it’s almost genre-less in its adventurism. 2017 saw her breakout mid-year with Dumi Hi Phone complete with appropriately vibrant visuals. And if you’re thinking only the audio packs a punch, you haven’t seen her on stage. Madjozi put on one of the most electric live performances at AfroPunk Johannesburg that was worthy of being a main act. In fact, her show must have left a lasting impression on the event organizers as she’s just been booked to bring her home-grown talent to the festival’s stage in Brooklyn, New York this year. That coupled with a full body of work in the form of a debut album (fingers crossed), you can’t help but think that she’s on the cusp of complete stardom.

Hip-hop, kwaito duo Darkie Fiction, are looking to create music that is not only genre-bending but also unique to South Africa. Originating from Cape Town, the two-some is made up of singer Yoza Mnyanda and rapper Katt Daddy. Their sound is a convergence drawing from quintessentially South African influences that pay homage to musical greats like Letta Mbuli, Caiphus Semenya and Brenda Fassie as well as harkening back to the pioneers and icons of original kwaito in TKZee, Mdu and Boom Shaka. The duo is purely motivated in curating art that is Mzansi at its core in a musical landscape that is at times too diluted with American influence. Having released their debut offering last year with Selula, they’re back with a follow up single Fiction Sound with the self-described motive “to spread the Darkie Fiction name, express our commitment to our sound and affirm our place in the music industry”. They hope to do just that and possibly more with the release of an EP later this year.

At just 19 years old, singer Ravyn Lenae is crafting a surprisingly seasoned brand of electronic soul that is well beyond her age. With her delicately soft and controlled vocals remindful of Erykah Badu and Tweet, Ravyn expertly produces dreamy R&B that is not just pretty but lyrically resonant. She describes her music as colourful attributing specific hues to her songs and the emotions tied to them. With already two releases under her belt (the first being Moon Shoes in 2015 and its follow up Midnight Moon Shoes in 2017), her latest offering is Crush – a 5 song EP produced by The Internet’s Steve Lacy. Listen to their sugary sweet collaboration Computer Luv, an ode to the kind of long distance digital romance our generation is renowned for.

Korean-American rapper, singer and producer Kathy Lee known as Yaeji makes a catchy blend of trap, pop and house music that has quickly garnered her a loyal online following. Having grown up in Seoul and New York, Yaeji’s music mirrors a cultural clash as she raps and sings in both English and Korean. She’s able to effectively merge both languages and cultural nuances over house beats to produce snappy and singable bops. Yaeji’s creativity knows no bounds as she is also a visual artist and DJ which she expertly displayed in a widely received Boiler Room set. Her second EP released at the tail end of 2017 includes viral offerings Drink I’m Sippin On, Raingurl and a flawless cover of Drake’s Passionfruit, here’s hoping we get full length album soon.

Billed as future-electro kwaito, Stiff Pap is a group comprised of rapper Ayema Probllem and producer Mshindi AKA Jakinda. Both in their early 20s, the duo makes a hybrid of a quintessentially local kwaito cadence over jarring electronic beats. It’s loud, almost forcibly attention grabbing and you can’t help but want to hear more of it. Their debut track Dlala found on their EP Based on a Qho Story, is blaring and clamorous in the best way. With the album entirely recorded at Red Bull Studios Cape Town, the song then went on to soundtrack Red Bull Culture Clash as the official theme song. The duo also performed at Afropunk Johannesburg last year after winning the coveted battle of the bands spot. Stiff Pap are truly unique in their sound: progressive and hard to ignore, I await interesting strides for them in 2018.

Toronto R&B is something that’s almost become a genre of its own and there’s a particular melancholic aesthetic that Canadian crooners have perfected. Keeping with the alternative schism that the likes of The Weeknd, Majid Jordan, PARTYNEXTDOOR, Roy Woods, Daniel Caesar and dvsn have succeeded in, singer-songwriter and producer PLAZA could be the next to get his spotlight. Rather appropriately, he is OVO Sound’s newest member joining the ranks of aforementioned acts under the label founded by Drake, Noah Shebib and Oliver El-Khatib. The announcement of his new musical home coincided with the release of his EP Shadow and I’m positive we’ll see him to start to collaborate with his fellow label mates this year.

Columbian-American singer Kali Uchis is on the precipice of pop stardom. Having worked with Vince Staples, Kaytranada, Leon Bridges, fellow rising star Jorja Smith and lending her vocals to Tyler, The Creator’s Flower Boy, April 6th will see the release of her first studio album. Kali’s sound is a mashing of genres with late 90s-early 00s R&B influences, reggae beats and a nostalgic, tongue-in-cheek image of a 70s pin up girl. Her latest collaboration with Tyler and legendary funk maestro Bootsy Collins is the just the kind of retro, quirky kitsch you would expect from her. Anticipate even greater things for the remainder of the year.

By now you’ve probably come across some form of Steve Lacy’s work even if you’re not totally familiar with his name. At just 18, Lacy has been building a steady following with a slew of lo-fi alternative R&B tracks on his Soundcloud page, all self-produced. As well as being a member of hip-hop, funk and soul band The Internet, not only as a guitarist but also producing their widely acclaimed and Grammy nominated album Ego Death. He’s since also landed production credits for Tyler, the Creator, Goldlink, J. Cole and most recently lending his skill to Kendrick Lamar on the DAMN highlight PRIDE, which he produced entirely on his phone like all of his music using apps like IMPC, Beatmaker 2 and Garage Band. In fact, he’s even given a TED Talk on how musicians can use what they already have to make their art, especially in the digital age. This year, he’ll work on The Internet’s new album and hopefully a full-length follow-up of his 2017 pop, rock leaning EP Steve Lacy’s Demo.

Nigerian-raised and now London based artist Naira Marley is one to watch. The term Afrobeat is not new. Coined in the 1970s it was categorized as African musicians merging their traditional sounds with American funk and jazz influences – perhaps the most famous artist to distinguish this is Fela Kuti. Today Afrobeat has morphed into Afrobashment. Naira is one of the purveyors of UK Afrobeats, the distinct blend of dancehall, reggaetón and African pop, his 2014 debut track Mary Juana is considered a precursor of where this fusion within the UK started. It’s a sound that speaks to the experience of first or second generation Black Brits who make music that salutes to their African and Caribbean history and displays the true complexity of Black British life. The genre has since taken the UK and international music scene by storm overtly influencing artists like Drake coupled with African acts like Wizkid and Burna Boy gaining global recognition. 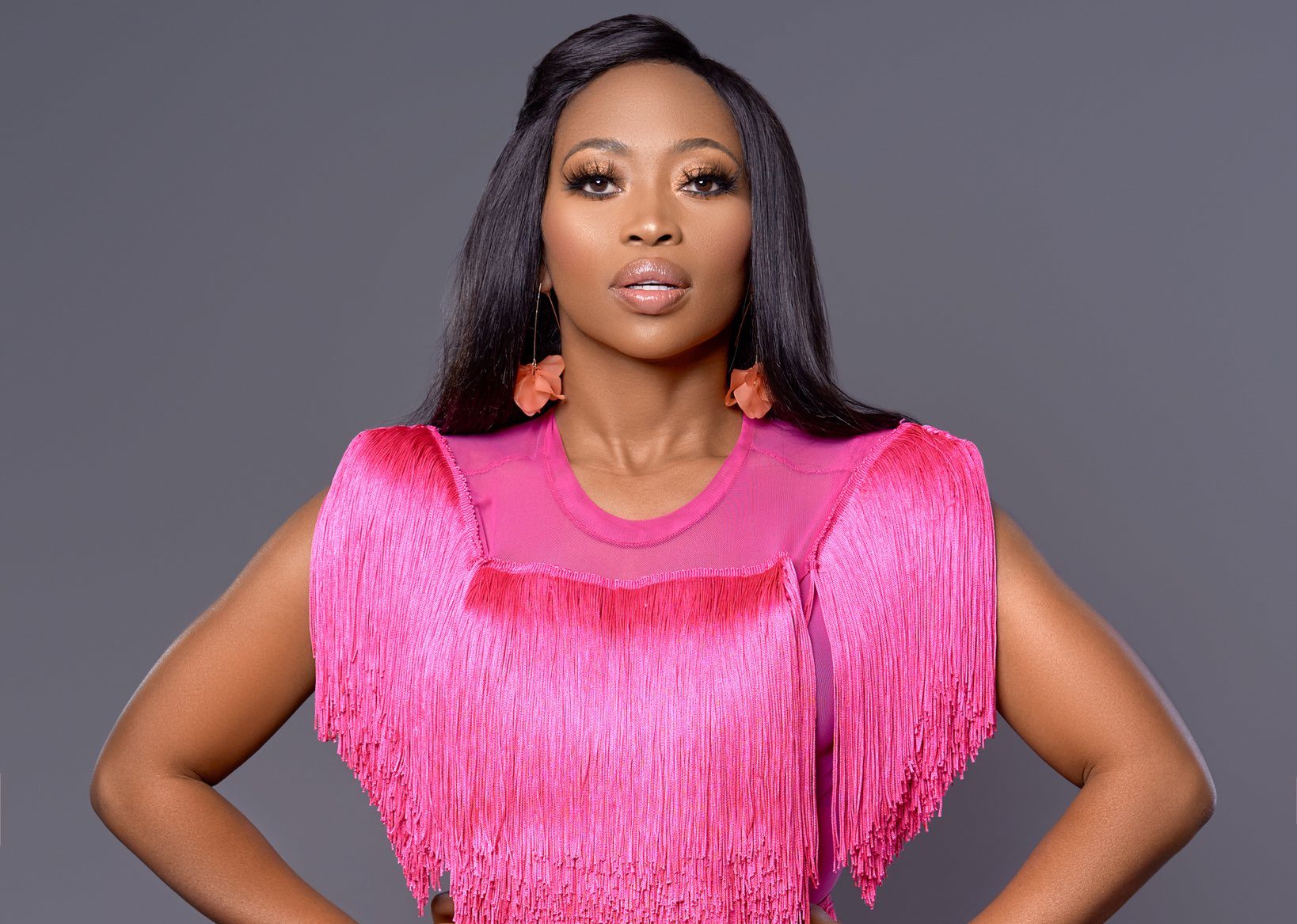 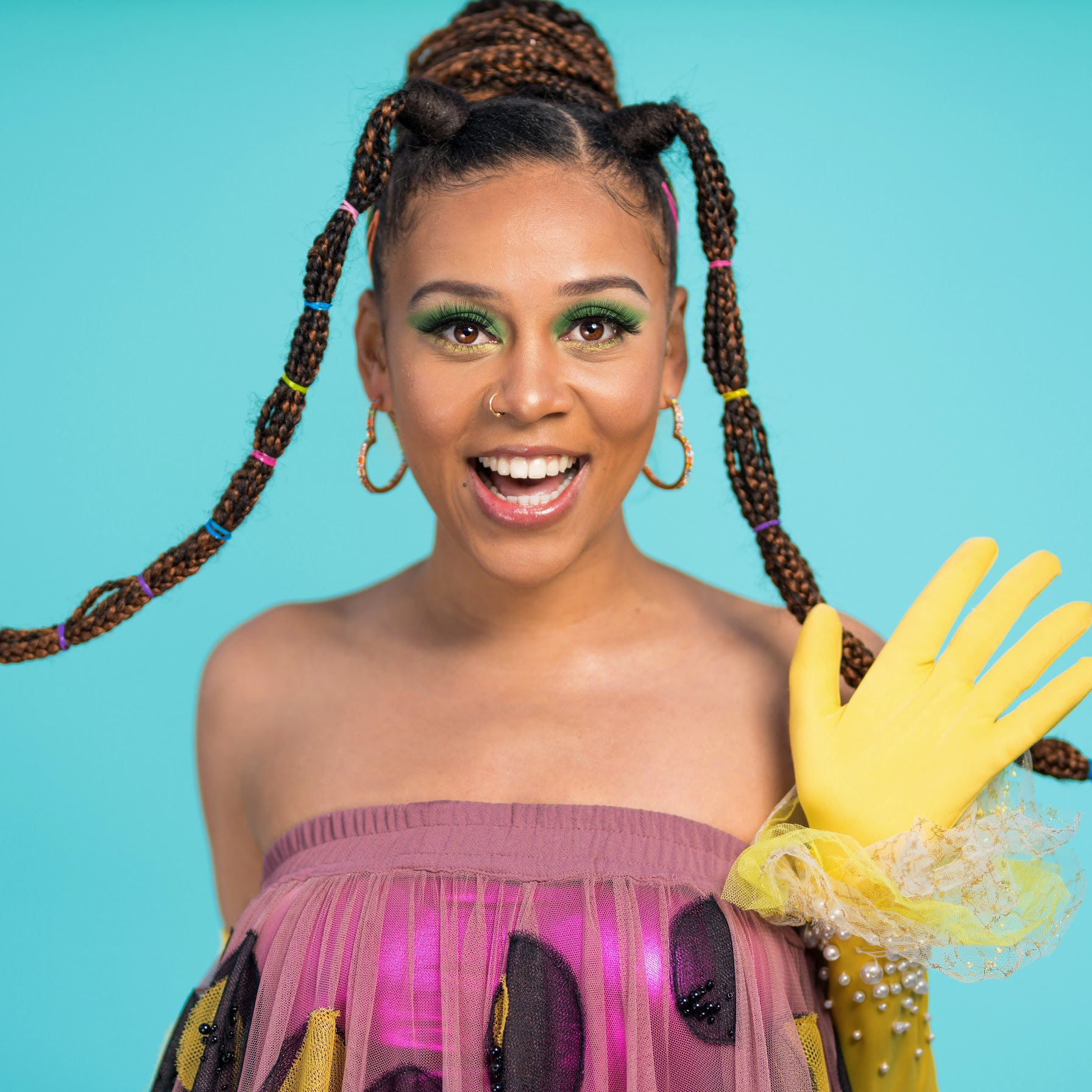 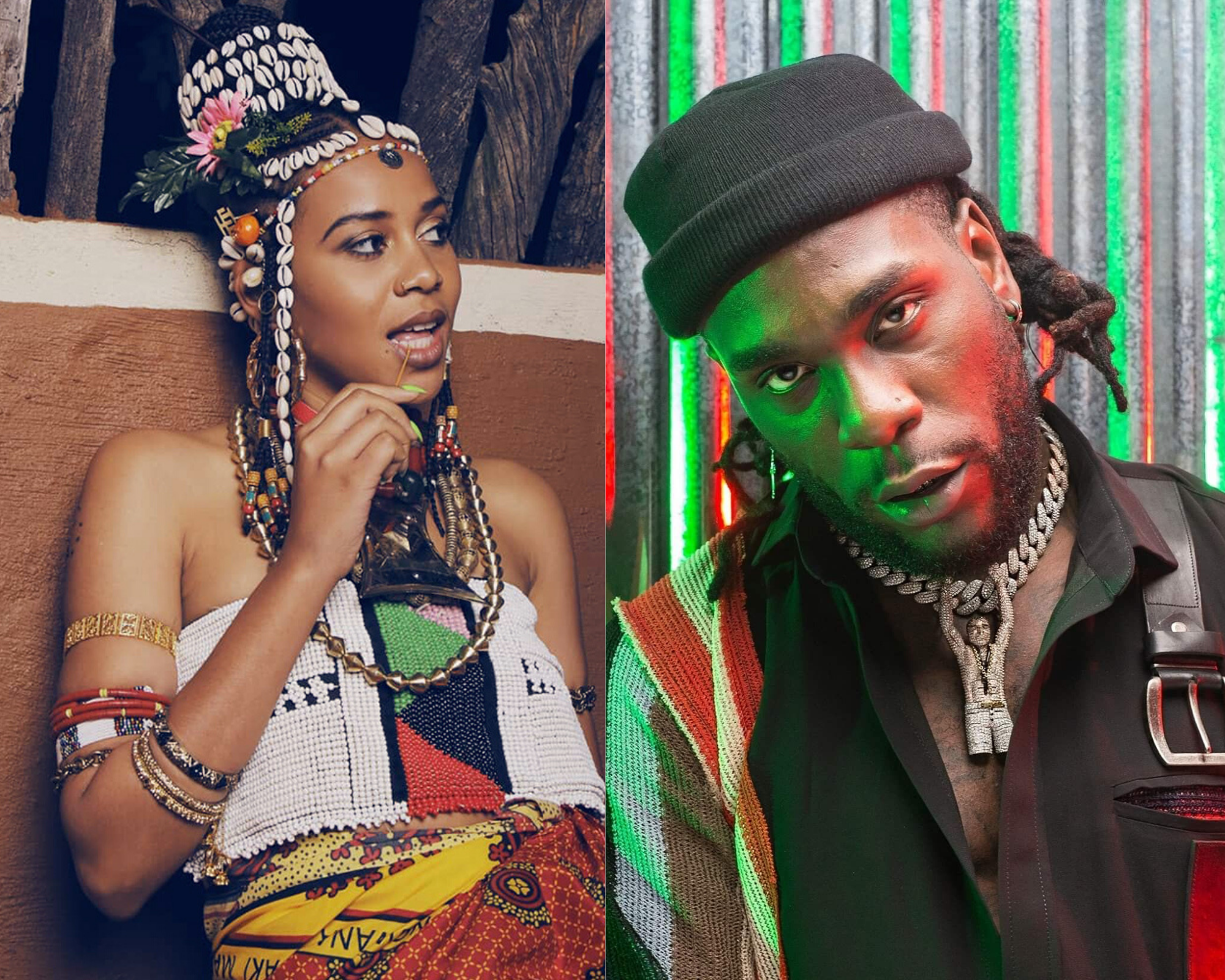