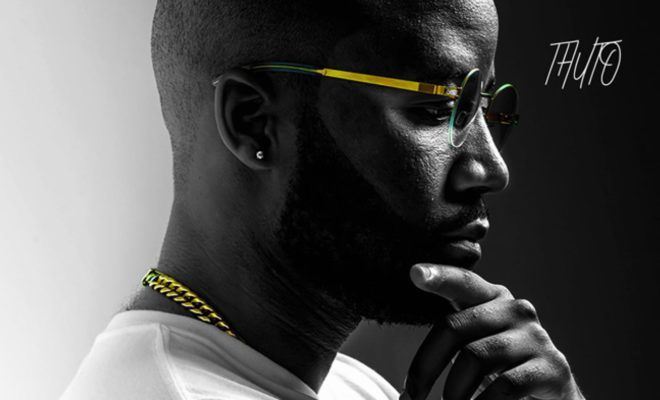 I’d like to think that I’m a Nicki Minaj fan, but I can’t say that for certain. I loved her featured verses and debut single, Massive Attack. There was a uniqueness in Minaj’s style and delivery that – what it fell slightly short of in lyrical dexterity – was a refreshing tangent to the average New York rapper approach. When it didn’t garner the commercial acclaim that she’d hoped, Minaj fell back onto the Barbie persona that she’d cultivated a bit too heavily and dived deeply into the pop-rap approach for the release of her album. She’d settled, and it was disappointing.

As a possible validation of her contribution as an artist, Minaj has relied heavily on sales figures, chart positions, and commercial output as a barometer for success in the years since. For those of us who’ve seen the glimmer of artistic brilliance and not the dumbed down lyrics appealing to her pop market, there’s been precious little in the way of scraps thrown from her lyrical table to satiate the ‘heads’. In what seems to be a tug of war between mainstream viability and lyrical appeal, she consistently chooses the former instead of creating a merger between the two worlds. I longed for the day that she would break through from bubbling-under brilliance and deliver the win that was needed.

For a long time, I’d held a similar disposition when it came to Cassper Nyovest. I wasn’t privy to most of his work during his come-up but once he’d started to gain traction it was pretty hard to ignore. After taking the country by storm with Gusheshe, seeing the Skyroom Live performance of a new single that he was trying out made me want more from this artist who so uniquely paid homage to hood aesthetics and references. Doc Shebeleza went on to become one of his biggest hits to date. Plani off The All Love Album compilation was a welcome addition to his repertoire and the titillation was palpable. Both his debut and sophomore albums, however, fell disappointingly short of the brilliance his earlier work had alluded to.

More disjointed than coherent, Cassper was a musical Icarus. With the success of his singles being his catalyst, and in an attempt to appeal to as wide a market as possible, his albums were conceptually limited. Cassper was more than capable of rapping – really rapping his ass off – but he flew too close to the sun with his albums, melted the wax on his wings, and the end result wasn’t as polished as they could have been. He’d satiate the ‘heads’ with tracks like Tsibip and Same Chair as Kanye occasionally but lyricism has never been the signature of his sound and/or brand.

His sharply calculated industry moves, however, have garnered him one of the biggest fan bases in the country. This fan base has filled up The Dome, fell a few thousand short of filling up Orlando Stadium and catapulted his albums to platinum-selling status. While he cherishes the success in numbers, those commercial wins could easily have settled Nyovest into artistic complacency. With his third studio album, Thuto, he’s delivered excellence.

His most personal album to date, Thuto is the reflection, on record, of the man in the mirror.  A stance that many in the machismo-dominated genre are not willing to take, its execution was refreshing.

He starts the journey off with introspection and hard-hitting questions that demand accountability and atonement and we’re eased into it with the smooth vocals of Goapele on Confused which opens him up to vulnerability in a way we’ve never seen before. The lyrics “me and my demons had a holy dance” set the tone for this portion of the album. The confessional follow up, I Wasn’t Ready For You, is a lamentation of lost love against the backdrop of immaturity. It’s a retrospective reckoning, an admission of wrongdoing and difficult not to choke up while listening to it. “They say I got the city on my shoulders/ But honestly I’m losing focus ‘cause I used to know love/ But now I’m used to no love” are just a few bars that evokes a catharsis of sorts in the listener, evaluating their own love lost.

Nostalgia hits in Destiny, which has a sample of the hit Malaika track by the same name – another exploration of relationship challenges – with Goapele interpreting the original vocals beautifully. We’re taken through an ode to a father’s love on Superman, one of the more beautiful tracks on the album, with the line “too much pressure on the male figure/ if you aint providing then you worthless” an interrogation of societal standards with regards to fatherhood.

After a period of not celebrating his successes publicly for fear of coming across as too indulgent, Cass moves on to the mid-section of the album declaring “I’m not ashamed of my failures but at the same time I’m not ashamed of my success” on Bentley Coupe.  The perfect segue to the hubris that are themes of the next few tracks, Nyuku, We Living Good, Top Shayela, Tito Mboweni, and Touch the Sky are a celebration of himself and his achievements to date.

The album starts to wind down with sentiment and gratitude on tracks like Push Through the Pain and Amen Hallelujah but not before my personal favourite, Ng’yekeleni, takes you to trap heaven and features one of the greatest MCs of all time – Black Thought – showing his range.

With its creative direction altered slightly by the loss of Gemini Major in the stable, the production (mostly handled by Alie Keys and Cassper himself) is one of the highlights of this masterpiece.

Worthy of its label as his magnus opus, the album is a far cry from his two offerings prior to it. It’s an emotionally complex and thematically intriguing album stripping Cassper down to his most personal and storytelling best. He finds that sweet spot between commercial appeal and lyrical deliverance in a presentation that emphasises that while some rappers might level themselves up against external measure, his only competition is himself. He proves it by going above and beyond expectation with this offering and makes fans out of non-believers.

While there is room for improvement in his delivery – the speed-rapping on the second verse of Tito Mboweni was lacking in enunciation – Cassper has raised the bar with this level of exploration, and is now validated not only by his commercial success but also his artistic mastery.