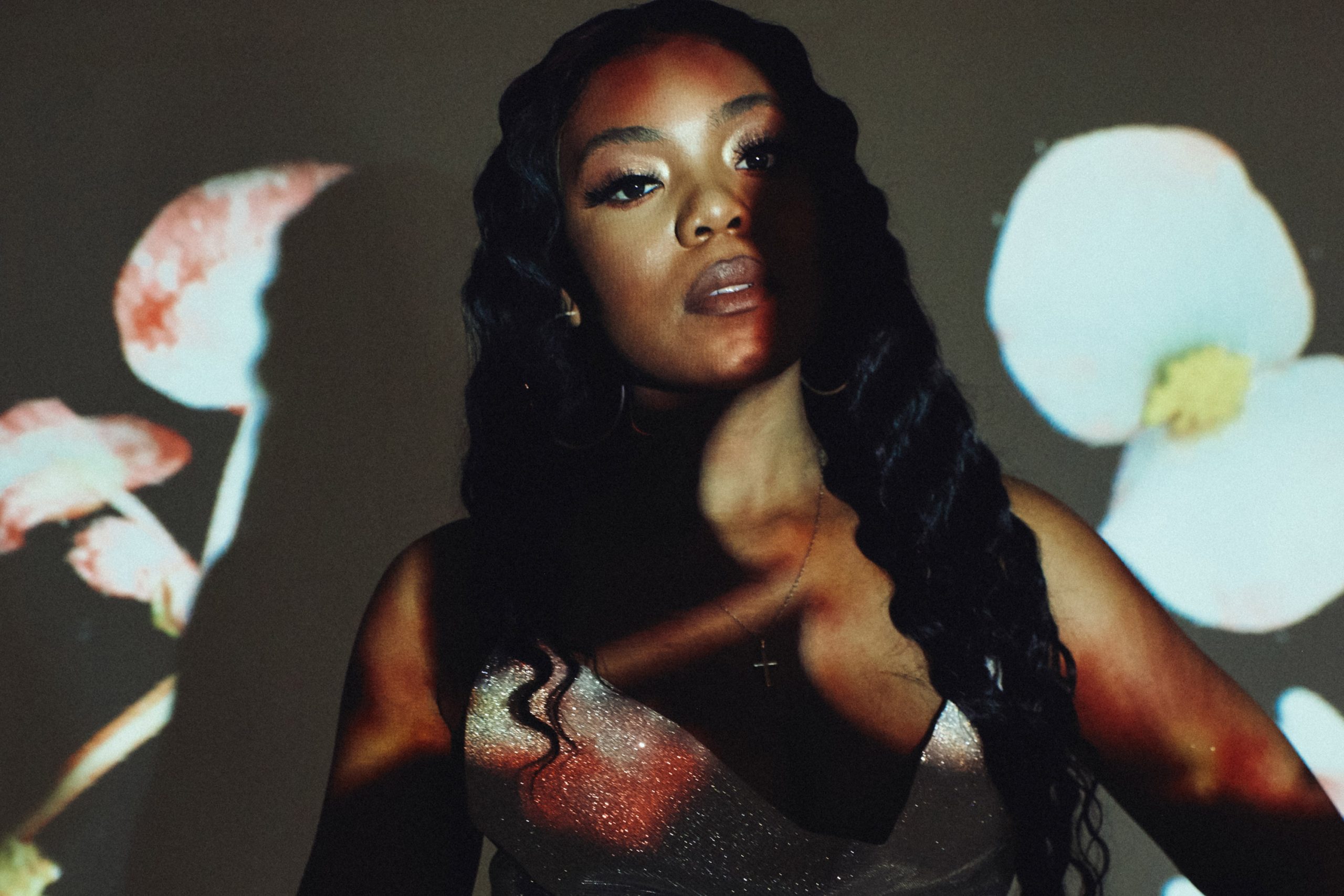 Elements: A Look At The New Generation of SA R&B

There’s been a new dawn in South African R&B. Since 2015 the scene has been steadily growing with Ayanda Jiya, Tshego, KLY, Kimosabe, ThandoNje, Tellaman and Shekhinah being a few of the key players. However, in the past year or two, we’ve witnessed a wave of young and unapologetic musicians burst onto the scene.

During a 2016 interview, DotCom (who, at the time, had just transitioned from being a rapper to becoming a singer) said: “South African Urban R&B doesn’t have a face or a set foundation that has been carried on from the past, like hip-hop, to make it easier for the next generation of young vocalists.”

“Elements” and the major success of Elaine

Three years later, Elaine, a then 20-year old singer-songwriter, surfaced and would become the ‘face’ of R&B in SA, continuing on what had already been built of the genre in the country. Elaine’s multi-platinum debut EP, Elements – released in September 2019 – has proved to be a landmark project. The EP has achieved major success and recognition, not only in South Africa but abroad as well, which led to her inking a deal with Columbia Records in the US.

Apple Music revealed that Elaine was the most streamed female artist in the country in 2020. All seven songs on the EP are also on the platform’s Top Songs of 2020: South Africa playlist – one based on the number of streams a song generated over the past 12 or so months, and each of the songs have since gone platinum.

Elaine is undoubtedly the poster child of the rejuvenated scene, her success has been pivotal for the genre’s growth. She has helped steer more people into lending an ear to South African R&B acts and has inspired a number of emerging acts as well.

Non-conformity to the SA industry standards and soundscapes

Key to the success of this new school of RnB musicians is the fact that they are doing it on their own terms, without having to conform to notions of sounding ‘South African.’ This usually translates to writing and singing in vernac, and incorporating ‘authentic SA sounds’. In the past, several artists (and their labels) were reluctant to categorize their music as such due to a scarcity of other artists fully embracing the genre and its lack of prominence in the mainstream. The new generation, on the contrary, is not afraid of taking on the term ‘R&B’ and identifying their music as such. Stylistically, their music draws inspiration from other genres like trap, neo-soul, alt, and jazz, similar to their Western peers. As a result, there are sometimes comparisons between the two groups of artists from casual onlookers.

Emerging R&B artist Joda Kgosi also expressed in an interview that she won’t be making any commercial (SA mainstream) music viz. house, afrosoul, afropop etc. (or “Ngiyakuthanda music” as she calls it), solely because she makes music that she likes and she can bump to as well. Elaine also mentioned in an interview that she works exclusively with students because “I didn’t want to be told what to do by someone who thinks they know better, I’m trying to learn and grow at the same pace as my team.”

Independent and in-charge of their own careers

The majority of these acts are independent. This allows them a level of self-determination that other artists may not have. Some self-release under their own or other independent labels by using digital music distribution companies such as DistroKid (Joda Kgosi, Lucille Slade, Sishii, MJ Summers etc), Africori (Naye Ayla, Hunter Rose), Platoon (Langa Mavuso, Manana, Angie Santana), Electromode (Lu Ngobo), and the like. A few of these companies provide more label-adjacent services than the others and, to a certain extent, function the way traditional record label structures do, without the transfer of the music’s ownership.

A couple of the acts that are signed still dictate their own sound and have creative freedom and control over their art. They write and produce their own music (much like their unsigned peers) – or work with the producers they’ve always worked with before getting signed. Tellaman still produces for himself or with the Select Play production duo that he is part of. Tshego also co-produces most of his music. Elizée, apart from lending his production skills to other R&B artists, including Malachi, The Big Hash, Elaine, and Joda Kgosi, is a talented singer-songwriter as well and showcased this on his debut solo EP, BLK SHP – which dropped in April 2020. “Well, BLK SHP, I would say, was the project I’ve always wanted to create,but it took me a long time to find myself as an artist enough to even tackle it,” he recently told Hype Magazine. “I feel like BLK SHP really represents who I am as an artist and a person. I got to share my many different talents, being singing, rapping, producing, and even mixing and mastering all together, while giving a true representation of how versatile I am when it comes to music.”

Traditional and mainstream media is often late to the wave

They’ve forged their way into listeners’ hearts by the quality of their music and not the quantity of their media coverage. Elaine is known to be very selective with the interviews she accepts and has performed at only a few events. Some people claim to have had the revelation of her being South African only after falling in love with her music and without having to be guilt-tripped into supporting her because she is a local artist.

Besides Elaine, many independent acts still don’t get to enjoy significant radio and TV airplay, particularly on national platforms. The uniqueness of 2020 also hindered artists chances of performing at shows, beyond the few virtual performances they’ve had.

Social media as a platform for connection between other industry roleplayers cannot be overstated. ThandoNje and Lucille Slade went viral via cover renditions they put up on social media about 3-5 years ago. Since then, they have gone on to release their own music and have secured features with established artists. A few other aspiring acts still post covers of songs on their socials.

An outlet for the artists; it helps raise awareness and spark conversations about them and their music. While it assists in establishing and maintaining communication with fans, the various social media platforms also allow the artists to connect with various stakeholders in the music industry. Elaine has revealed in multiple interviews that she first connected with her producers and manager, Joshua Molotsi, via Instagram. Mike Kalombo discovered Filah Lah Lah on the platform as well; she later signed to his label and Kalombo produced her debut EP.

When 18-year old singer-songwriter Joda Kgosi released her second official song “Truth Is”, Twitter was in a frenzy. The official song has reached over 100K streams on Apple Music since its release on August 28. She ‘shot her shot’ by DMing Elizée, among other producers, enquiring about the cost of his beats. Fast forward and Elizée produced both of her songs, “Lunatic” and “Truth Is” – which currently have in excess of 153,000 and 55,000 streams on Spotify respectively.

Another emerging R&B artist, Thando, who only started making and releasing music last year, dropped her third single “Weak” independently and peaked at number 37 on the Apple Music Top R&B/Soul songs chart. She followed the same ‘preview a snippet on social media’ formula that Joda adopted. The singer recently released her debut EP aptly titled, A Force To Be Reckoned With. Her total number of streams have already surpassed 100K on Apple Music.

In early 2020, just before the national lockdown began, rising talent Ipeleng released her Unsolicited EP with no prior single to build hype or promo outside of social media. However, on the day of release (March 22), the EP topped the ‘alternative’ charts on Apple Music and managed to reach over 100K streams on the platform in less than a month.

Easy access to DSPs and the support from the streaming platforms

Like their hip-hop counterparts, most acts started out by putting their songs out on SoundCloud. However, over the past few years, it has become relatively easy to distribute music to other streaming platforms as well.

Deezer contributes to the discovery and growth of the acts through their NEXT programme – which provides full editorial and marketing support to artists for a full 12-month period. Kimosabe and Langa Mavuso have been included in the 2018 and 2020 classes respectively. Langa recently reported on Twitter that his eponymous album has surpassed more than 2 million streams across all platforms in less than a month after its release on September 25th.

Last year, Spotify announced Elaine as their first ‘RADAR: Africa’ artist. The programme highlights, supports, and helps to introduce and widen the audience of an artist, amongst other things, which can include producing merch for the selected artist, as we’ve seen with Elaine.

The support from DSPs via programmes/series, placements in priority/flagship playlists and getting playlist covers and banners has the likelihood of increasing an artist’s streams, and brings about awareness on their releases. These curated playlists help the musicians reach listeners (users) the way radio used to do. The algorithms of these platforms also suggest similar artists and songs or create playlists based on the users’ activity history.

Upward trajectory: 2020 and beyond

Journalist and media personality Nadeska Alexis asked Elaine if SA is an easy place for artists to be nurtured during her interview on Beats 1 (Apple Music 1). Elaine acknowledged, “There’s always such a battle of the genres, personally I feel like there’s no room for different genres to co-exist because it’s always sort of like “this is the year of amapiano.”

In the same live-studio interview conducted earlier in the year, Elaine goes on to say how she thinks all these genres must be allowed to co-exist and that there’s room for everyone. “It doesn’t always need to be a competition. We all [are] making music for the same reasons – we all just tryna connect to the people,” she stressed.

She concluded the interview saying “there’ve been many women that have made R&B music before me and there’s still gon’ be plenty that make R&B music after me.”

For the longest time, SA R&B has taken the back seat. However, the resurgence of the scene over the past few years shouldn’t be overlooked. Witnessing an influx of new artists and seeing them thrive has been a breath of fresh air and has brought much needed excitement. In 2021, we are anticipating the SA R&B run to grow even further.