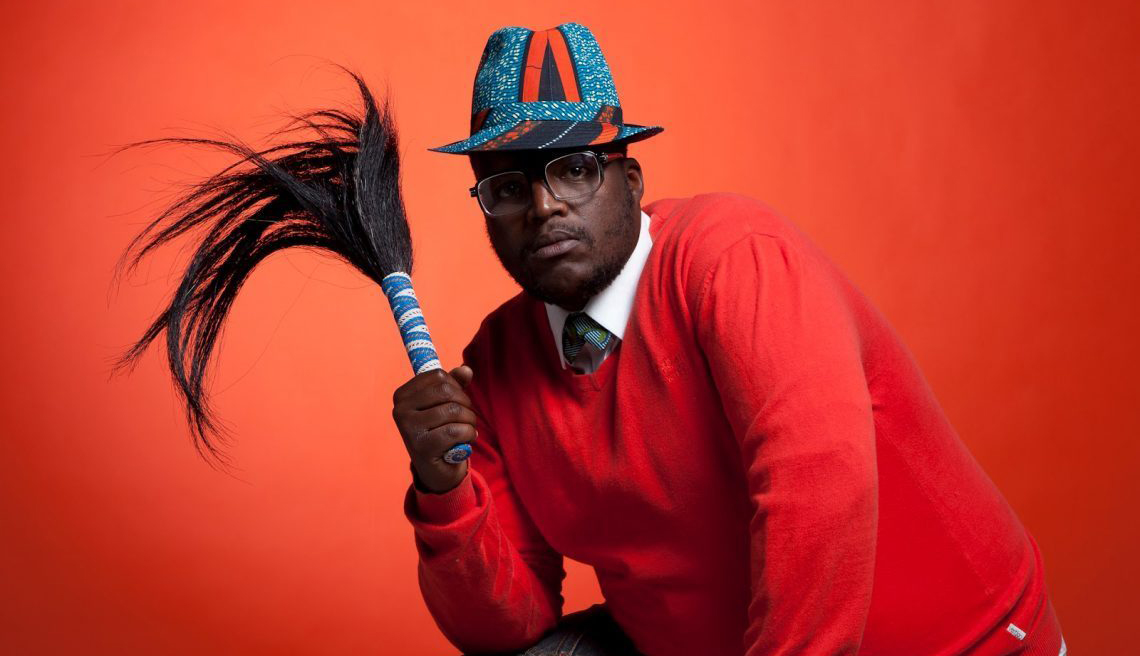 September 14th – two of some of hip hop’s greatest lyricists were born on this day. The one was born in 1973, in Crown Heights, central in the Brooklyn borough of New York and went on to spend a better part of his life in the Queensbridge projects. The other was born seven years later, halfway across the world in the city of Mafikeng, capital city of the South African province of North West.

Nas is recognised the world over as one of the foremost lyricists in all of hip hop – but you know who never really got his props as a formidable lyricist? The legendary South African emcee, Jabulani Tsambo, better known as HHP.

Truthfully HHP was not underrated. For the majority of his career, he was a high functioning, critically acclaimed, immensely celebrated and successful artist in the South African music industry. Not only that but his contributions were pivotal as he, amongst other things, played a major role in the formation of the motswako enclave in the South African hip hop landscape. His catalogue spawned chart topping songs, as well as classic rated and award winning albums.

However, to this day, his name is subject to glaring omissions each time there’s a conversation about lyricsm and the best South African lyricists of all time. He gets mentioned as an overall great hip hop artist but his name is glossed over when there’s talk about lyricists in the vein of the late great PRO, Stogie T, K.O., Zubz, ProVerb, Molemi, Maggz and other emcees of that ilk.

Granted, showings of high calibre lyricism were not a staple in his music, he demonstrated on numerous occasions that he could be a rapper’s rapper; commanding solo and featured songs with sharp, acute lyricism. It is not a lie that Jabba could hold his own and even outrap some of the best lyricists of the day. Yet he remained unsung in that category.

For what would have been his 41st birthday, we look back in his catalogue and single out 6 performances that shine a light on his lyrical prowess.

As Tumi, now known as Stogie T, tells the story, “Jabu was way more socially conscious than people give him credit for. I asked him to join a charity drive for Darfur and he responded by reading up on it and deciding he wanted to do a song”. Taken off his SAMA winning album Acceptance Speech, “Darfur” reveals a side of HHP that shows that he could be as compelling and erudite as an emcee of Tumi’s caliber. His subject matter and flow does not pale in comparison to Tumi’s but instead compliments the latter’s own, making for a thoughtful and timeless deep cut commemorating the tragedy of the war in Darfur, Sudan.

Tuks’ debut album was a mammoth success that introduced the cerebral motswako emcee to the game back in 2005. One of the standout songs on the album is his collaboration with HHP, which also served as an onslaught on the then shunned rapper Jay-Stash, aptly titled “Bitch Talk”. While Tuks does most of the damage, relentlessly going at the poor rapper, HHP joins in with palpable swagger, while delivering equally fatal blows of his own. This was one of the earliest demonstrations that it’s not all sweet with Jabba. He showed that he can get gully, without necessarily losing his cool and wit.

This is a masterclass in storytelling. It’s an amusing, always timely and also mildly touching story of the exploits of a philandering husband who eventually gets caught by his wife. Jabba creates an entire storyboard complete with a story arc, characters, different settings, main and supporting cast, cliffhangers and a twist ending. Not only that but Jabba employs figurative language as well as vivid imagery. Such is a mark of a good lyricist – knowing what literary devices to use in order to tell a compelling story.

Story has it, “Ancestors” was a beat producer Mizi Mtshali made and gave to Tumi, who sat on it for a while not knowing what to do with it. Somehow, Jabba got ahold of the beat and made what would turn out to be this song as we know it. Taken off his Dumela album, it is a masterful ode about knowing one’s roots and ancestors, in order to  know oneself fully and to get a grip on one’s identity. HHP smartly weaves a narrative complete with self-critique, life lessons and valuable advice to the listener. A little trivia that’s also poetic justice is that this is Stogie T’s favorite HHP song.
Teargas – “Goodfellas” Ft. PRO & HHP

For anyone with a sliver of doubt that Jabba was with all the smoke, please make them listen to this song. “Goodfellas” was the precursor to the unforgettable run that K.O. had in the game where he had it in a chokehold throughout the Skhanda Republic years. This was the start of his peak. PRO on the other hand had long been certified as a dangerous marksman, therefore a posse track like this – he was meant to have a field day. However, in came Jabulani Tsambo, who completely obliterated it. From the flow, rhyme patterns and rhyme scheme, the relevance of what he was saying, the wit, imagery and metaphors – HHP was in unbeatable form.

This is a criminally underrated HHP song, perhaps mainly because it was not on the initial pressing of the Acceptance Speech album. Instead, it was firstly on one of the Hype Session volumes – the Jazzworx FM edition. As a result, it has gone under the radar as far as HHP songs go. Produced by the production collective of Octave Couplet, it finds HHP at his most sharpest as he flows all over the chipmunk sample heavy beat. He kicks metaphors about having won Strictly Come Dancing, having more fans than Mamelodi Sundowns (during the Telkom Charity Cup days, Mamelodi Sundowns proved to have lots and lots of fans) as well as selling out music and articles of clothing, among other things.