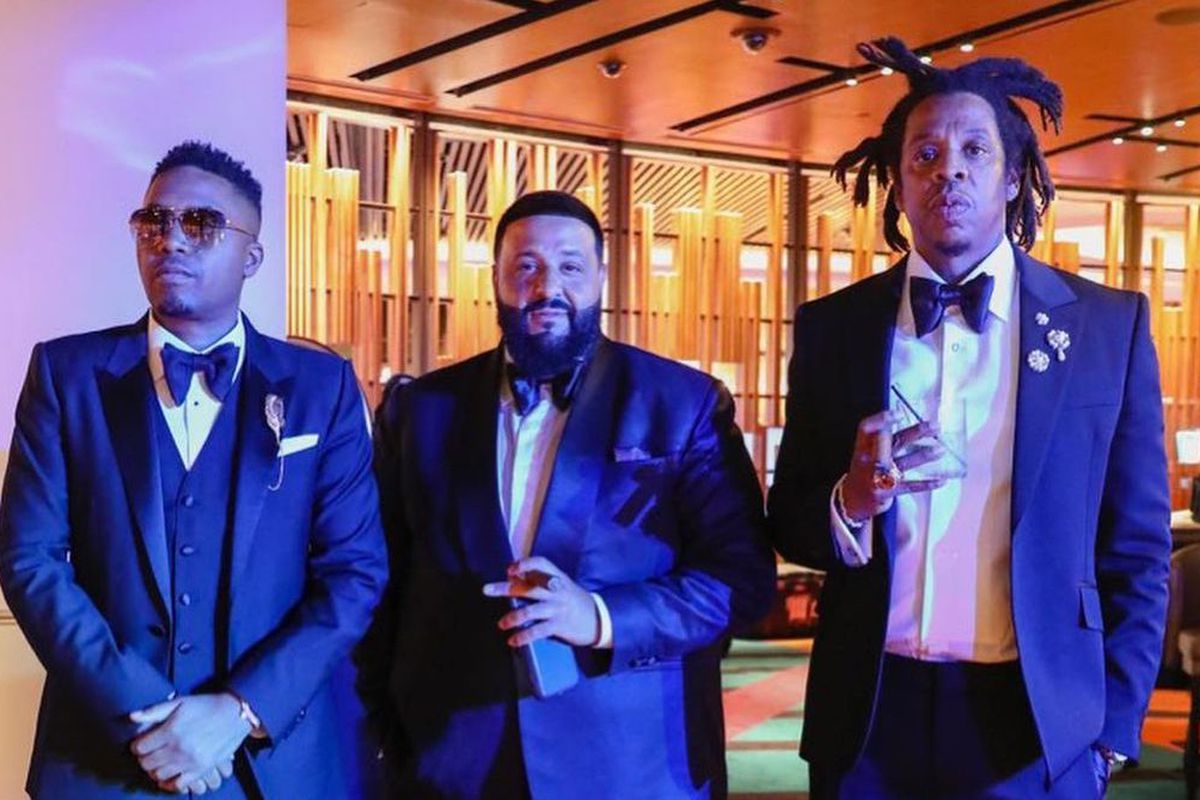 I love both Nas and Jay-Z dearly but I don’t ever want to hear another collaboration from them again. Sorry, not sorry.

Two days ago, the internet was abuzz with a confirmed new Nas and Jay-Z collaboration on the upcoming DJ Khaled album, Khaled Khaled. Once again, Khaled was praised for pulling off a rare fixture on a song – something he’s built a reputation for achieving numerous times. I was also excited. Nas and JAY-Z are number 1 and number 2, respectively, on my list of favourite emcees of all time so, of course, the prospect of hearing them on a record together excited me.

However, there’s an unfortunate reality that I have had to accept since both emcees squashed their beef and made peace all those years ago – they’re great apart but not so much together.

The song off Khaled’s album, “Sorry, Not Sorry” marks the fifth time Nas and JAY-Z appear on the same song together. The first official collaboration was on 2006’s “Black Republican” off Nas’ Hip Hop Is Dead album. The second one was the following year (2007) on Jay-Z’s “Success” off American Gangster album. The third time would be on Ludacris’ 2008 Theatre of the Mind album on a song called “I Do It For Hip-Hop” and the fourth time was on JAY-Z’s 2013 album, Magna Carta Holy Grail on a song called “BBC”.

A little known song that features both Nas and JAY-Z, even before their beef, exists. Some might know that Shaquille O’Neal is one of a handful of basketball stars who’ve made a foray into hip-hop, albeit short-lived. In 1996, Shaq released his third studio album You Can’t Stop The Reign. There was a song on there called “No Love Lost” featuring JAY-Z and Lord Tariq. However, an earlier original version of that song actually featured Nas, JAY-Z and Lord Tariq even though that version never made the album. So counting that song, Nas and JAY-Z have been on the same song six times.

Nonetheless, looking at all their official collaborations post the I Declare War concert, I would say they have all been underwhelming. Given their individual stature in hip hop – none of their songs together has ascended to a level of greatness that precedes each emcee in their own right.

Yes, “Black Republican” was a moment, of course! But that was a year-old JAY-Z verse he just pasted on there. He rapped about his personal relationship with his former friend DeHaven and how they fell out. Nas in turn then speaks about numerous beefs he’s been in, especially in Queensbridge (with Lakey The Kid, Cormega etc.) but to be honest, it was a very disjointed song that lacked unison in terms of feeling and sentiment between two titans who would be collaborating for the first time ever after reconciling – with so much history between them. We all loved it but it was an anti-climatic song.

One of the reasons is because Nas and JAY-Z are fundamentally different in the creed of emcee each of them is, particularly when it comes to their ideals which inform most of their song ideations. As a result every collaboration of theirs sounds like it has tipped more to the scale of the one over the other, and as such, the other ends up sounding out of depth.

“Success” is a great song but Nas sounds out of depth because the subject matter is more of JAY-Z’s enclave than it is of Nas. “It’s hard to be iced up with Gucci, gawd – poverty is real…” Nas once rapped on “Book of Rhymes”. So, while it’s unfair to pigeonhole him as just this kind of rapper, he’s not as believable as JAY-Z (“I want money like Cosby, who wouldn’t?”) when he raps that to him, “Success? McLaren, women staring…” and that we should Google him to see that he “got flats in other continents…”. True as it might be, this kind of talk is more suited to JAY-Z and this is why he outraps Nas on “Success”. The subject matter gives JAY-Z the advantage.

“I Do It For Hip Hop” is defined by how each of the emcees chose to approach the subject matter. JAY chose to pay homage and rap like Nas’ fellow legendary Queensbridge emcee MC Shan on 1986’s “The Bridge”. As a result, he sacrificed the form of his verse because it was more of a throwback attempt in paying homage to his roots and that of hip hop. I can respect that. Nas on the other hand was more suited for the subject matter because he is usually at his best when he raps about his stature in hip hop and why he is the best. This is why he had the better verse of the two.

“BBC” is an incredible song that is painfully underrated. Both Nas and JAY-Z floated on it but once again, the subject matter “Billionaires Boys Club” is obviously JAY-Z’s turf and naturally he walloped Nas on there; for more or less similar reasons outlined in commentary about “Success”.

The latest collaboration between the two legends comes in the form of “Sorry, Not Sorry” which also bears an insipid chorus from the otherwise talented James Fauntleroy. Generally speaking, the song is alright at best. It is certainly forgettable, that much I can say. Despite this, both Nas and JAY-Z rap really well and have some clever lines between them. But the song warrants the same critique as “Success” and “BBC” in light of its subject matter. It is more suited to JAY-Z. The “I’m rich, here’s a list of all of my business moves that show my business acumen” is a rap genre created by JAY-Z himself!

Nas repurposes past JAY-Z lines and sentiments: “Join us, there’s gotta be more of us…” is “Only spot a few blacks the higher I go. What’s up to Will, shout out to O, that ain’t enough we’re gonna need a million more…”. “Helped so many people get cake, whips of cream, for the crew…” is “I done made more millionaires than the Lotto did, Dame made millions, Biggs made millions, Just made millions, Ye’ made millions…”.

On too many of the Nas and JAY-Z collaborations, Nas always seems to lean more into JAY-Z’s lane. For lack of a better word, it seems like he panders to JAY-Z’s sensibilities more than JAY-Z is willing to pander to his. Why can’t JAY-Z jump on a “Car 85” type of song with Nas? An “Echo” type of song. He certainly can do that kind of music because he just went and did a whole album with Jay Electronica and not once was he on his “Entrepreneur” bullshit. Can you imagine a Nas verse on “Universal Soldier”? Back in 2012, Nas wanted JAY-Z and Eminem on the remix of his beautiful song “Daughters” but it didn’t happen. One can only imagine how great that could have been.

All in all, a Nas and JAY-Z collaboration is always a good idea on paper. These are both incredible emcees who are arguably the best two rappers to ever rap, bar none! Their fans (me included) get so excited sometimes and even go as far as wishing for a joint project (EP or album) by them but in light of the aforementioned, I don’t think that’s such a good idea. If anything, I can go as far as saying the world would be a much better place without another Nas and JAY-Z collaboration.