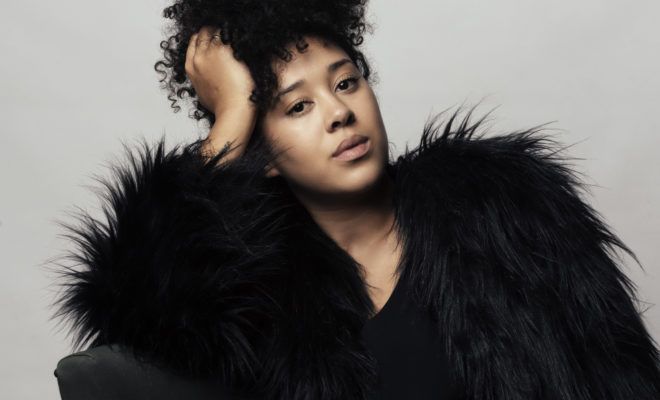 Kenny Jules Morifi-Winslow is a 20-something South African published scholar and writer. The epitome of a Renaissance woman, I sat down with Kenny to talk about her upbringing, her awe-inspiring minimalistic aesthetic, as well as her stance on the overall creative scene.

“It’s common knowledge that I’m mixed race. My mom is Mosotho and my dad is Italian-American. They met at Harvard then my dad followed my mom to South Africa and studied Apartheid Censorship in the media and the rest was history.”

Although calling South Africa her place of origin, Kenny spent her childhood across more than one continent. “We moved to London as a family, so I basically grew up in London. I spent most of my childhood there. From Cape Town to London, then we left when I was 16 and moved to Johannesburg. My mom was working in mining at the time when the crisis happened so she had to come back to Johannesburg. From Johannesburg, I went to Cape Town and did my first two degrees at UCT. I did my Honours in Anthropology and the same year I moved to New York to do my Master’s Degree in Fashion Studies at Parsons School of Design. I finished my Honours in New York while starting my Master’s Degree. It was hectic but hey man, that’s what we do.”

Having never lived in one place for very long, the effects of her unconventional upbringing began to prevail as she got older. “A lot of the things that weren’t challenging as a child about my upbringing are starting to be challenging now. For example, being mixed race, my parents fell in love and got together at a time where my existence and their union was illegal. For me to try and navigate what that means in the current socio-political climate is a whole different ball game. My mom is a Black woman, through and through. My dad is a white man, through and through. They only have experience of their own cultures through each other. Now I’m in a weird space where I have to navigate both and some of the things that I do and say become challenging for both. Like when I talk about ‘men are trash’ and the intersectionality of what that means, and about white privilege. It’s a tricky thing to navigate but I’m really grateful to have those challenges and living in different countries has taught me so much.”

Kenny is behind TheThirdCitizen, a lifestyle site which comprises of theoretical essays on topics within the fashion and design landscape, OOTD posts that go beyond the generic ‘so this is what I wore today’ and everything in-between. “It started gaining traction when I went vegan and when I moved to New York. It became a place to teach people about my journey and what I’m learning, and teach other people about the things I’m learning so we learn together. I’ve always been interested in fashion and in my Master’s program, I was learning about things that I thought were really important.”

Being 1 of 30 students accepted into that Master’s program and 1 of 25 who actually completed, “at any given time there are only a handful of people who are qualified to do and say the things that I do. I started publishing my essays from school because people love fashion and the majority of blogs are around fashion and lifestyle. So, I thought: ‘What a nice way to bring my privileged education that I have to everyone.”

With her growing visibility within the creative sphere, Kenny felt it necessary to delve into more personal topics, while still maintaining critical engagement in her offerings. One of her pieces, “How to Lose Friends and Alienate People”, is entirely a literature review at first glance. However, just a few scrolls down, you begin to realize how the memoir ties into her own life. “I’m teaching you about these books that I’ve read but I’m gonna tell you about how it relates to me so that you can see me as a real person. It’s really important to me to remain a grounded person and the way that you do that is the way you form friendships, share intimate experiences, vulnerable moments and that’s how you grow with another person. We all love fashion, but who’s really talking about the dark side; the ugly stuff that happens in the background?”

“If we all stay safe in that way and guarded then no one talks about that stuff. People need to be talking about depression and eating disorders, especially in the industry that we work in and especially in this country. Black people don’t talk about that stuff enough and if it means that I have to peel away my layers a little bit and use what I have in a way to give other people the freedom and the voice to have these conversations then so be it. It’s really important to me to maintain a sense of self and integrity in the work that I do. Sponsored, branded or not.”

She continues, “I don’t read blogs, I won’t lie. Because of the kind of things people are writing about. To be honest, I don’t care. Its twitter for me, it’s like an extended twitter. People treat their blogs like this narcissistic, self-indulgent, ‘look at me, I did this’ – No one actually cares. What are you saying? What kind of impact do you have? Why should people take the time out of the million things they could read on the internet, to read yours?”

People tend to group creatives and prop them under the same umbrella, Kenny thinks the distinction is imperative. “When we use words to agitate all the different positions that we all have and the different roles that we play as being one, it stresses me out. I think people need to be very careful of the distinction between calling yourself a writer, having a blog and being an instagrammer. Some people are geared towards visuals and flourish, there’s a space for that but then there’s also a space for writing and critical engagement. I guess that’s just the way I differentiate what I do from a lot of bloggers and people in general; which is why I never use that word [blogger] to describe myself.”

“There are a handful of people who are doing it so right but I think the problem is more with brands than it is with the people themselves. I think brands and corporations need to recognize that people are people and they’re not just vessels for your product. Brands need to give influencers and bloggers more leeway with how they engage with products, how much input they have on the conceptual side of a campaign. It needs to fit into how I am as a person and not what I look like as a brand.”

Continuing on the topic of influencers, I asked Kenny who some of her favourite South African influencers are. “I love Asanda Sizani, she’s my favourite. I love Beediamondhead, super talented and knows what the fuck she’s doing. She’s got no pretense, she’s never tried to be a celebrity, she’s just constantly putting out good work and I love that about her. I’m also obsessed with the Prime Obsession girls because they are people who work really hard and put out really good visuals and are challenging what we think is normative style in fashion. I even included Trevor Stuurman and the guys from I See A Different You as case studies for my thesis because it was really important for me to unpack what it is they do in a way other people can understand. It’s not just visuals. When we talk about representation, when we talk about changing the way the rest of the world sees us; they are top 2 for me. On a photography vibe, I love Imraan Christian and Anthony Bila.”

When it comes to her style, Kenny chooses a minimalistic approach. “My style is functional minimalism. For me, it’s about being comfortable, being classy and looking clean. There are garments I’ve had since I was 14 that still look current because the way that I try to stay current is through shape. If you look closely at trends, as much as textures and fabrications might change, shapes are the real moving picture of fashion trends. I’ve stuck to the white shirt, black pants and black shoe for a very long time but it’s the shape of these things that keep me looking modern.”

A well-versed individual whose sagacity stretches beyond her years, Kenny wants to be known for “impacting critical engagement within the design industry because of my varying academic history. It’s all creative but it comes in different forms. It was Anthropology which taught me how to see and research the world. Art History teaches you a classic eye, how to look at art and design, how to contextualize it in a particular time. Media is about studying the physical industry itself, how it works. Then Fashion Studies, which a lot of people don’t understand, is not practical at all. Its Economics, Sociology, Anthropology all in one, using fashion as a medium of study. You can trace the economic history of a country by looking at the hemline of its skirts. It’s cool shit like that. So, I want to be known for encouraging that critical engagement within the design industry.”