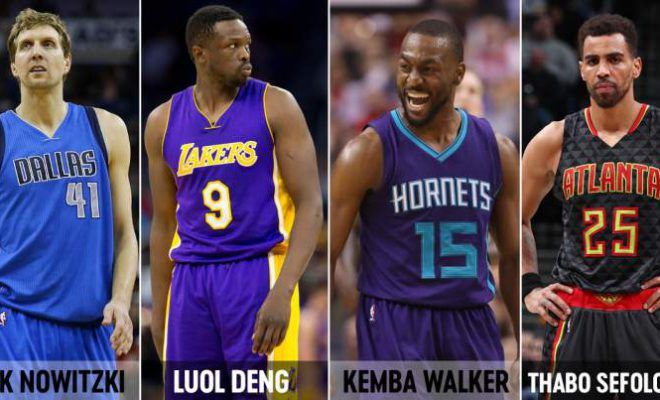 Tickets are on sale now for the NBA’s second game in Africa taking place Saturday 5 August at the Ticketpro Dome in Johannesburg— for tickets, visit www.ticketpro.co.za.

The players are all thrilled to be part of the second NBA Africa Game, with Dallas Mavericks forward Dirk Nowitzki ready for action come game day. “I’m really excited to represent Team World in the second NBA Africa Game this summer. I also look forward to returning to South Africa after taking part in the Basketball without Borders Africa camp eight years ago. It’s great to see how the game is growing across the continent, and I’m honored to be a part of this historic event.”

TICKETS FOR THE 2017 NBA AFRICA GAME ARE ON SALE NOW, GET YOURS HERE

Charlotte Hornets guard Kemba Walker will be visiting the continent for the first time, an experience he’s excited about: “I can’t wait to make my first trip to Africa and join Dirk in leading Team World. Playing in an NBA game in Africa will be a special moment I’ll remember for the rest of my life.”

In February, the NBA and NBPA announced that Bismack Biyombo (Orlando Magic; Democratic Republic of Congo) and Emmanuel Mudiay (Denver Nuggets; DRC) will play for Team Africa, and that CJ McCollum (Portland Trail Blazers; US) will play for Team World. Leading Team Africa is a special experience and both Luol Deng and Thabo Sefolosha are ecstatic to be doing it. Having a South African parent gives this event even more personal significance for Atlanta Hawks guard/forward Thabo Sefolosha: “Having South African roots, it’s a dream come true to return to South Africa to play in an NBA game. There are so many talented African players in the league, and it will be an honor to lead them on August 5 in Johannesburg.”

Los Angeles Lakers forward Luol Deng has done this before, having served as captain of Team Africa in the very first NBA Africa Game and he’s as excited about doing it again. “I’m thrilled to be coming back to Johannesburg to lead Team Africa alongside Thabo. The first NBA Africa Game in 2015 was a lot of fun, and it will be a privilege to play in front of our African fans once again.” Full rosters of players, coaches and legends will be announced at a later date.

Download and log into the new Kwesé App and watch Live NBA action for free at the click of a button. Download the Android app at Google Play, or the iOS version at the App Store!

NBA Africa Game 2017, which will take place following the 15th edition of Basketball without Borders (BWB) Africa, will once again feature a Team Africa vs Team World format and will be played in support of UNICEF, the Nelson Mandela Foundation and SOS Children’s Villages South Africa (SOSCVSA). The game will air live in sub-Saharan Africa on Kwesé’s TV, internet and mobile platforms, including Kwesé Free Sports, Kwesé Sports, select free-to-air channels, Kwesesports.com and the Kwesé app.