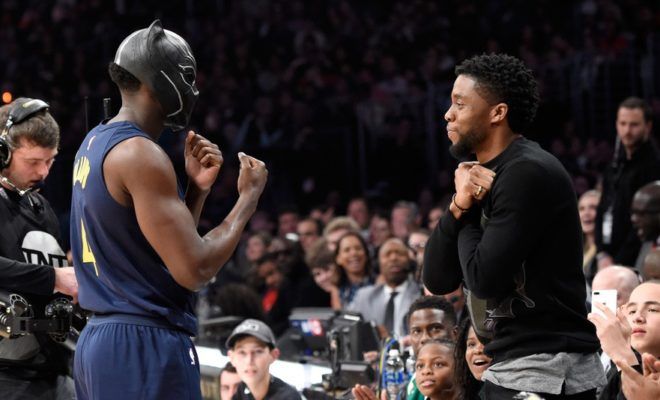 Amidst the final moments of Black Panther, there is an especially moving scene that depicts T’Challa landing his vibranium fuelled aircraft in the middle of an inner-city basketball court in Oakland, California. The kids playing abruptly stop their game and surround the vessel in wonder. One in particular breaks away from the group and approaches the Wakandan monarch to ask who he is. The question is left without answer but what the audience is witnessing and experiencing is a young child in awe as his mind creates a mythical hero before his very eyes. And not just any hero but one who looks just like him.

This child-like sense of wonder isn’t just felt onscreen. The phenomenon of this film cannot be understated or discredited. Black Panther has opened to almost universal critical acclaim and its monumental first week release earnings managed to outperform Marvel’s current top earner The Avengers by $22 million. It is now currently headed towards a $1 Billion box office return worldwide and could become one of the highest grossing comic book films of all time.

More than a movie – it is a movement that has managed to grip every facet of popular culture: entertainment, music and even sport. What is so groundbreaking is that a film that in many aspects is visible in mainstream culture is in essence a celebration of black culture; past, present and whatever its future may hold.

Created in 1966 by Stan Lee and Jack Kirby, Black Panther was the first of its kind. Initially appearing as a secondary character, he became the first black comic book superhero to be a primary protagonist pre-dating later heroes like Falcon and Luke Cage. The character has since grown into a prolific, black and specifically African figure within comic book publishing. Black Panther is a revolutionary character and his presence is an important representation to black comic book fans of a character that is intelligent, strong and just as praiseworthy as any of Marvel’s other creations.

Director Ryan Coogler echoes this as he describes his first introduction to Black Panther in a way many people have discovered their favourite superheroes – in a comic book store. He grew up on comics and says as he got older, he went in search of characters that looked like him, comic books about black people and specifically a black superhero. The character that he found was Black Panther. For him to be instilled with the heavy task of bringing this 52 year old story to screen, he wanted the essence of the film to explore what it means to be African.

In much the same way that Coogler was looking for representation in the comics he was reading, this film answers that question for the many that are probably looking for the same in the current superhero movie climate.

In many ways Coogler presents Black Panther as his own love letter to a character that’s meant so much to him and the movie also serves as an ode to black culture. This starts off with how the main setting of Wakanda is shown to the audience. The overbearing portrayals of Africa in Hollywood and western media as a whole are that of a poor, savage and regressive continent that cannot offer anything of significance to the world.

Our first true glimpse of Wakanda as T’Challa’s ship bursts through the clouds is one of a vibrant, technologically advanced metropolis complete with futuristic skyscrapers and vibranium-powered high speed trains. Completely isolated from the rest of its world, this is an Africa that we’ve never seen depicted before, an Africa untouched by the historical remnants of colonialism and slavery. Adding to that the visual depiction of African tribes that draw inspiration from our own is so significant and the magnitude of these unique images immediately resonates to a black audience.

One of the core themes of Black Panther is politics. T’Challa himself is a politician. He is not only the King but the head of state of Wakanda and much of what he does in the film is politicking. His rivalry with Killmonger is representative of two political schools of thought that have always been at conflict within black culture and history. In canon, Wakanda has thrived and existed because of its isolation from the rest of the world.

In order to protect itself and its vast and valuable resource of vibranium, Wakanda’s riches remain a mystery to those outside of it. T’Challa’s passive politics and isolationism is in direct contrast to Killmonger who is a revolutionary figure. He does not see the need for Wakanda’s survival on its own, instead he wants to use Wakanda’s resources to empower and liberate black people all over the world – starting with black America. While T’Challa wants to keep things as is, Killmonger wants to create a new world order by starting a revolution. These ideological debates are not new to black people and though the metrics of this story take place in a fictional world, the themes have a place in our current cultural narratives.

What is so great about this film is that it fits within the current wave of entertainment that is representative of black narratives. More and more we are celebrating black art. Black pop culture has become mainstream culture and we’re seeing an elevation of black art everywhere. The significance of this is that we now get to tell our own stories and the mainstream is celebrating depictions of us other than slavery or poverty.

The impact of this film culturally has seeped into everything including music with its’ Kendrick Lamar fronted soundtrack which has just topped the Billboard 200 Album chart for a second week running. Don’t be surprised if any of your other favourite rappers drop ‘vibranium’ into their bars. Black Panther has even reached the athlete realm: during the 2018 NBA All Star Weekend, Chadwick Boseman sat courtside and handed his mask over to Indiana Pacers guard Victor Oladipo before giving the Wakanda Forever salute and Jesse Lingard and Paul Pogba celebrated the winning goal in Manchester United’s Premier League match against Chelsea by doing the same. For all this movie has achieved for Hollywood and Marvel financially, maybe its greatest legacy lies in what it has done for the culture. 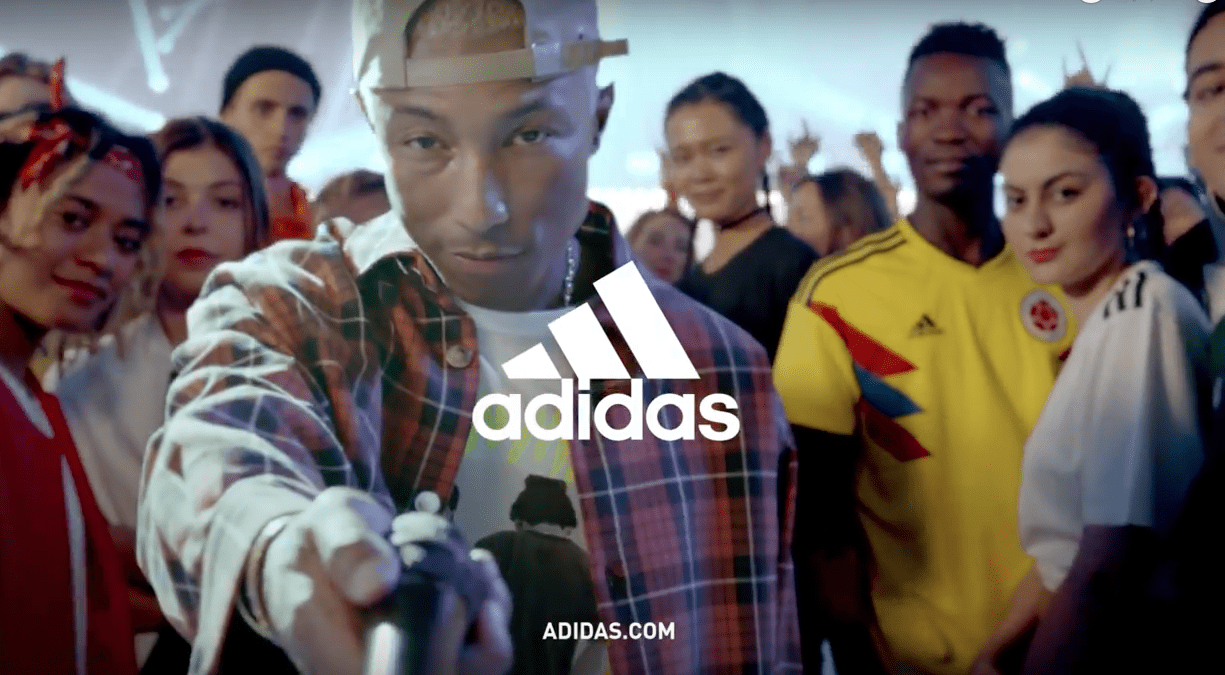