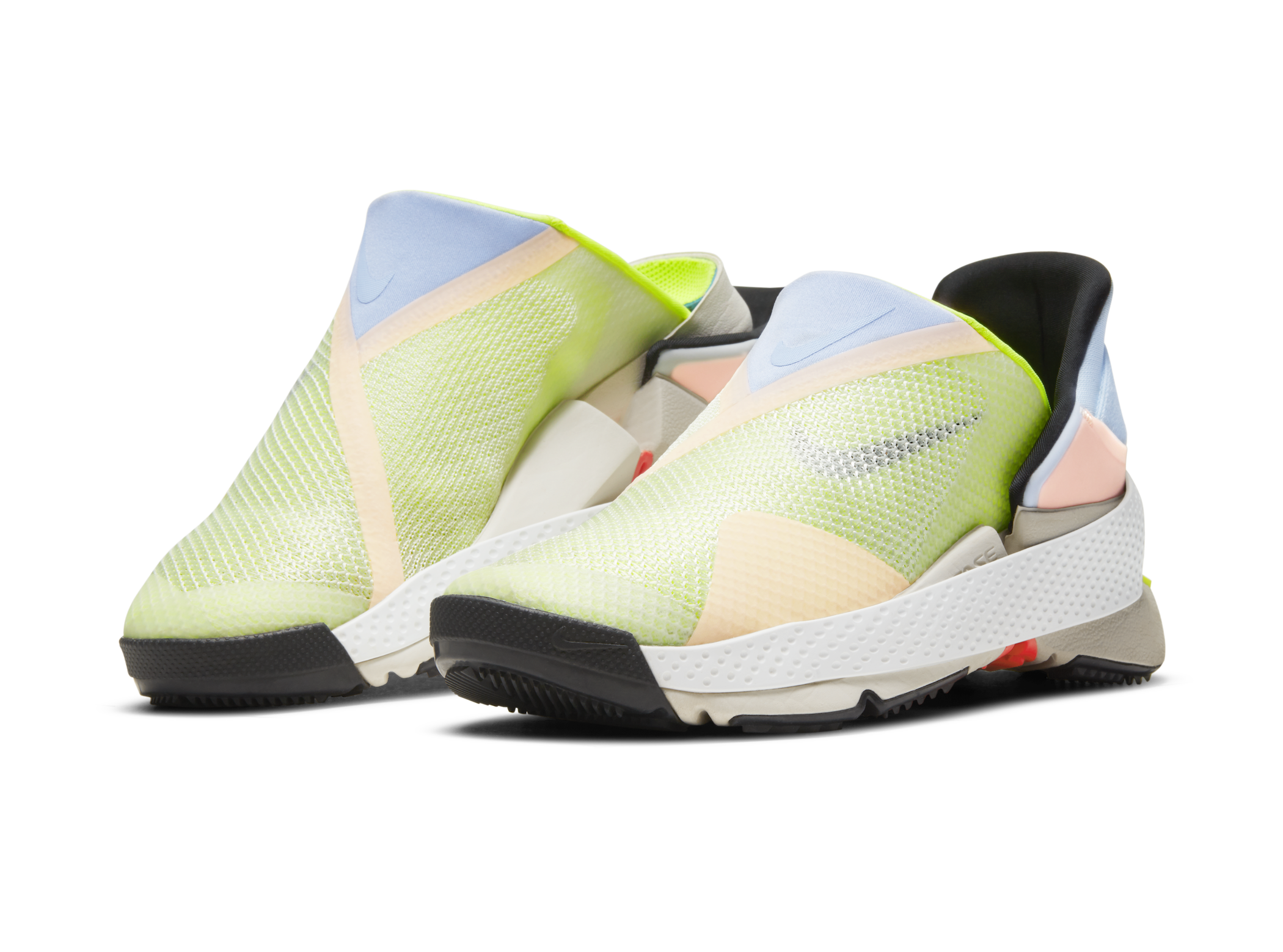 The Nike GO FlyEase: The Story of a Teen With Cerebral Palsy and a letter to Tobie Hatfield

Innovation and inspiration at Nike often start with the simple act of listening to the voice of the athlete. As expressed within its mission statement, the company believes: If you have a body, you’re an athlete, which means insights may come from professionals, but they also arrive from unexpected places.

Over the years, renowned Nike designer Tobie Hatfield has been involved in a number of projects that address these insights. One project that was on his radar for over three years was an entry-and-closure system for athletes who have trouble getting in and out of shoes, and securing them. While developing samples for a few of these individuals, Hatfield remained determined that the system be scalable for mass production. Enter inspiration Matthew Walzer.

In the summer of 2012, Walzer was preparing for his junior year of high school. Like many kids his age, his thoughts increasingly turned to college, with a blend of excitement and anxiety.  His greatest concern? The ability to tie and untie his shoes.

Walzer was born two months premature, weighing only two pounds, 14 ounces, with under-developed lungs that led to Cerebral Palsy. He overcame many of the physical limitations doctors predicted for him, but tying his shoes remained a challenge, as he only has flexibility in one hand. Being a college freshman is daunting enough, but the thought of having to rely on others to tie his shoes prompted Walzer to write Nike:

“My dream is to go to the college of my choice without having to worry about someone coming to tie my shoes every day. I’ve worn Nike basketball shoes all my life. I can only wear this type of shoe, because I need ankle support to walk. At 16 years old, I am able to completely dress myself, but my parents still have to tie my shoes. As a teenager who is striving to become totally self-sufficient, I find this extremely frustrating and, at times, embarrassing.”

Walzer’s letter quickly landed in the hands of Hatfield, who had been working with Special Olympians on similar challenges, in addition to designing for Paralympians. Hatfield reached out to Walzer and began developing prototypes to address his specific needs.

“I worked with Matthew just as I would with any athlete. He was an absolute pleasure to work with,” recalls Hatfield.

Walzer admits he was surprised to be working directly with Hatfield on a design to potentially benefit him and so many others. He wasn’t expecting much of a response to his letter at all.

“I knew what I was doing was, in football terms, ‘a Hail Mary,’ and to be quite honest I had very low expectations. I was expecting a very polite letter back in recognition of my request. There are not enough ‘thank yous’ in the world to express my undying gratitude.”

In 2012, Nike delivered a Hatfield design to Walzer for wear testing.

“Your talented team of designers has thoughtfully created a shoe that, for the first time in my life, I can put on myself. When I put the shoes on every morning, they give the greatest sense of independence and accomplishment I have ever felt in my life,” said Walzer at the time.

But Hatfield wasn’t done. He pressed on, determined to deliver an even better solution for Walzer and any athlete experiencing similar difficulties. Hatfield and his team refined designs for well over another year, trying a variety of no-lace solutions ranging from Velcro to zippers to cable dials. To develop his prototypes, Hatfield also looked to a number of existing Nike silhouettes, including the Nike Hyperdunk and the Nike Zoom Soldier, which aligned with Walzer’s favorite basketball player, LeBron James.

“LeBron’s footwear provided the ankle support Matthew needed, but of course getting into and out of high-top shoes can present its own challenges, so we focused not just on replacing the lacing system but also creating an easier entry system for the foot.”

Hatfield’s three-year journey led to the development of Nike FlyEase.

“In talking to Matthew and many other athletes with disabilities, the ease of entry was just as important as the lacing solution,” explains Hatfield. “While varying levels of mobility make it difficult to provide a universal solution, we feel this is a significant development for anyone who has ever struggled with independently securing their foot within Nike shoes.”

Walzer’s dreams of going to college and putting on his own shoes have been achieved. He is now a sophomore at Florida Gulf Coast University and is wearing his custom Zoom Soldier 8 FlyEase kicks all over campus. What’s more, Walzer was able to meet his basketball hero, who returned the teenager’s admiration.

“Matthew inspired us at Nike to be able to bring something special that will not only be for himself but also for the masses,” asserts LeBron. “The shoe and the inspiration he gave us is going to go way beyond Nike, Matthew and myself. I am very honored and blessed that my shoe is part of the whole process. This is an unbelievable story, and Nike has done a great job of being able to create something that’s so incredible and will last a lifetime.”

As Lebron notes, the vision Hatfield brought to life was never intended for just one athlete. “There is a real need for a solution like this and it feels good to be a part of something that is going to help so many people. Like the asterisk accompanying Nike’s mission statement says, ‘If you have a body, you’re an athlete.’ That means everybody and we never forget that,” adds Hatfield.

As a nod to that idea, the LeBron Soldier 8 FlyEase carries an asterisk just under the strap on the medial side. Hatfield and team are already working on styles and silhouettes beyond basketball, and future FlyEase designs will also feature the asterisk.

Sophisticated, accessible solutions, like those in Nike GO FlyEase, are emblematic of the “better is temporary” mentality that drives Nike FlyEase technology. Since its debut, the technologies have been employed in numerous footwear styles across basketball, running and sportswear. Each successive design balances the rigor of FlyEase criteria with unwavering performance standards.

In the Nike GO FlyEase, this translates to serving the broadest range of active lifestyles possible — whether the wearer is champion fencer Bebe Vio, a student racing to class or a parent with their hands full.

“Usually I spend so much time to get in my shoes,” says Vio. “With the Nike GO FlyEase, I just need to put my feet in and jump on it. The shoes are a new kind of technology, not only for adaptive athletes but for everyone’s real life.”

The Nike GO FlyEase is available initially via invite for select Nike Members, with broader consumer availability planned for later this year.