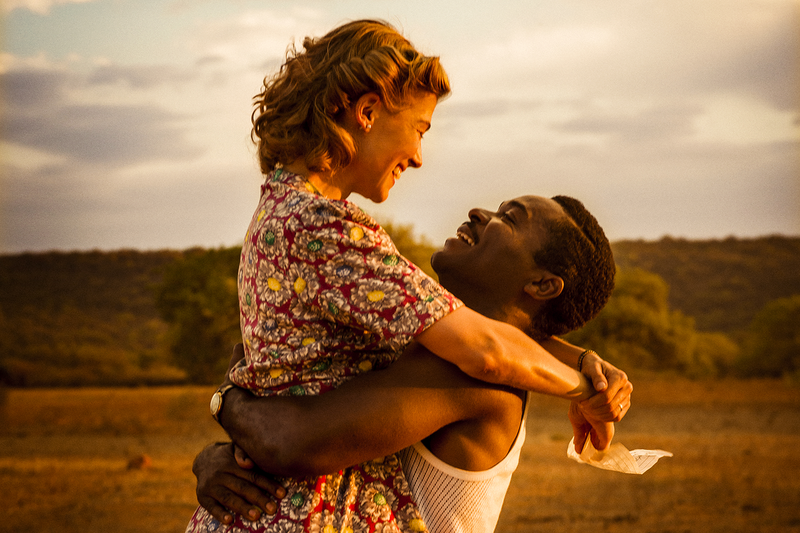 Travel Africa with these iconic movies for Africa Day

We’re celebrating Africa Day today and our rich history of storytelling on the continent makes film the perfect art-form to celebrate that history. Our borders may be closed due to the nationwide lockdown, but we’re travelling Africa with these 26 movies curated from across the continent, available on Showmax.

The opening film of the 2016 BFI London Film Festival, A United Kingdom is more than just a heart-warming true story of love overcoming all odds: it’s also the story of Botswana’s independence, its transition to democracy, and its fight to retain the rights to any diamonds found within its borders.

A United Kingdom has an 84% critics rating on Rotten Tomatoes, with The Guardian hailing it as “a beautifully shot, crowd-pleasing gem.”

Ousmane Sembène’s Mooladé is set in a village in Burkina Faso, where four young girls flee their ritual ‘purification’ to the household of Colle’ Ardo Gallo Sy, a strong-willed woman who has managed to shield her own teenage daughter from female genital mutilation.

Colle’ invokes the time-honored custom of moolaadé (sanctuary) to protect the fugitives but the ensuing stand-off pits her against the village traditionalists, both male and female, and endangers her daughter’s upcoming marriage.

Mooladé won Un Certain Regard and a Special Mention from the Ecumenical Jury at Cannes in 2004. The movie has a 99% critics rating on Rotten Tomatoes, where the critics consensus calls it, “A vibrant, powerful, and poignant glimpse into the struggles of women in modern Africa.” It’s been included in The New Yorker’s list of the Top 25 Films Of The Century So Far,  the BBC’s list of the 100 Greatest Films of the 21st Century, and Steven Schneider’s 1001 Movies You Must See Before You Die.

Flora Gomes’ Nha Fala / My Voice My Voice follows Vita, a young woman from a family in Cape Verde that has been cursed: any woman in the family who sings will be struck dead. But while studying in Paris, she falls in love with a musician and becomes an international star. Convinced she’s proved the curse isn’t real, she returns to Cape Verde to convince her family.

Nha Fala / My Voice My Voice won six international awards, including the Laterna Magic Prize at Venice in 2002, and was the only film from Africa to compete at Berlin that year.

Grammy-nominated Cameroonian star Manu Dibango, who tragically passed away from Covid-19 in March 2020, wrote and produced the film’s music.

In Bab El Hadid / Cairo Station, Youssef Chahine both directs and stars as Qinawi, a crippled newspaper vendor who falls for a lemonade seller, Hanouma, who is engaged to another station worker, Abu-Serih. As Abu-Serih tries to unionise the station workers, Qinawi’s fixation on Hanouma crosses the line from innocent crush to dangerous obsession.

Cairo Station was included in The Story of Film, the definitive history of cinema, and Chahine went on to receive a Lifetime Achievement Award from Cannes in 1997.

The movie has a 100% critics rating on Rotten Tomatoes. Time Out praised it as “a great overlooked masterpiece”, The Guardian as“unmissable”, The Hollywood Reporter as “a jewel of a film” and BBC as “an excellent thriller, and one that anticipates the serial killer genre that Hitchcock’s Psycho kick-started a few years later… a cinematic triumph.”

Haile Gerima’s feature film debut, Harvest: 3000 Years, is set in Ethiopia and follows a slow-boiling feud between a wealthy land-owner and a protestor who feels he is mistreating his labourers.

Shot during the Ethiopian civil war, Harvest: 3000 Years won the Prize of the Ecumenical Jury and the Silver Leopard at Locarno in 1976.

Oscar-winner Martin Scorsese (The Irishman) presented a restored version of Harvest: 3000 Years at Cannes in 2006 and at Tribeca in 2008. As he wrote for Tribeca, the film “has a particular kind of urgency which few pictures possess. This is the story of an entire people, and its collective longing for justice and good faith. An epic, not in scale but in emotional and political scope.” The Tate Modern also honoured the film with a special screening in 2015.

Oscar and Golden Globe nominee Ava DuVernay (Selma, 13th) has hailed Gerima as a “a giant of cinema. A giant, I say.”

Liyana is a genre-defying documentary that tells the story of five children in the Kingdom of Eswatini who, with some guidance from South African storyteller Gcina Mhlope, turn past trauma into an original fable about a girl named Liyana, who embarks on a perilous quest to save her young twin brothers. The film weaves Liyana’s animated journey together with poetic documentary scenes to create an inspiring tale of perseverance and hope.

Winner of over 35 awards, Liyana is the directorial debut of Swaziland-born-and-raised Aaron Kopp, with his wife Amanda. Before moving into directing, Aaron shot the Oscar-winning documentary Saving Face and the Oscar-nominated The Hunting Ground.

Entertainment Weekly hailed it as “gorgeous. Unlike any documentary you’ve ever seen,” while The Hollywood Reporter praised it as “A lyrical work, as bright and captivating as it is poignant.”

Jo (Stycie Waweru) is a witty nine-year-old obsessed with Jackie Chan movies. She’s also terminally ill. When she is taken back to her rural village to live out the rest of her short life, her only comfort is her dream of being a superhero – a dream her rebellious teenage sister Mwix (Nyawara Ndambia), overprotective mother Kathryn (Marrianne Nungo) and the entire village of Maweni think they can fulfil…

Directed by Kenyan Likarion Wainana and produced by Tom Tykwer (Run Lola Run, Perfume, Babylon Berlin), Supa Modo has won over 50 international awards, including Best European Film For Children at the European Children’s Film Association Awards in 2019, a Children’s Jury Special Mention in the Generation 14Plus category at Berlin in 2019, and the Audience Award at Children’s Film Festival Seattle in 2019.

Supa Modo has a 100% critics rating on Rotten Tomatoes: Variety called it “a tender, bittersweet fable,” while The Seattle Times wrote, “I’m glad movie theatres are dark because I ugly-cried my way through all 74 minutes of Supa Modo. I straight-up bawled my eyes out… Brutal and beautiful, melancholy and joyous, Supa Modo is simultaneously crushing and uplifting.”

In a Chinese Buddhist orphanage in Africa, a Malawian teenager finds himself torn between his African roots and Chinese upbringing. Once the star performer with dreams of becoming a martial arts hero like Jet Li, Enock is now in his final year of school and has to make some tough decisions about his future. Will he return to his relatives in his home village or study abroad in Taiwan?

Directed by South African Nicole Schafer, Buddha in Africa was praised by Variety as “a complicated portrait of what’s been described as the latest chapter in Africa’s long struggle against colonization.”

Buddha in Africa screened at IDFA 2019, arguably the world’s top documentary festival, as part of their prestigious Best Of Fests line-up, after winning Best South African Documentary at the Durban International Film Festival. At the 2020 SAFTAs, Buddha in Africa won both Best Documentary and Best Directing.

Abderrahmane Sissako’s 1998 film La Vie Sur Terre / Life on Earth follows Dramane, who returns from France to visit his father in a village in Mali.

Life on Earth is ranked joint fourth on the Tarifa-Tangiers African Film Festival’s list of the 10 best African films of all time and won 10 international awards, including the Grand Prix at Fribourg, where the FIPRESCI critics jury also gave the film a Special Mention “for the high level of the director’s political debate and the loveable, poetic and ironic view on the everyday life of his characters.”

Sissako went on to direct Timbuktu, which was nominated for the Best Foreign Film Oscar in 2015 and named one of the Top 25 Films of the 21st Century by The New York Times, among other honours.

In Djibril Diop Mambéty’s 1992 classic Hyènes / Hyenas, an exorbitantly rich woman returns to her poor Senegalese village and forces it to choose between her patronage and her old flame, now the mayor.

Hyenas was nominated for the Palme d’Or at Cannes in 1992 and was ranked joint fourth on the Tarifa-Tangiers African Film Festival’s list of the 10 best African films of all time.

The Hollywood Reporter called it “a wicked skewering of both the rich and those who seek their handouts… Mambety’s beautifully shot and colorfully performed fable entertains, but its final frames are no laughing matter.”

Other African classics on Showmax include:

• Idrissa Ouedraogo’s breakthrough 1989 film, Yaaba / Grandmother, is the story of two children in Burkina Faso who make friends with an old woman who has been outcast as a witch by her village. At Cannes in 1989, Yaaba shared the FIPRESCI Critics’ Prize with Steven Soderbergh’s  Sex, Lies and Videotape and also took a Special Mention from the Ecumenical Jury.

• Ousmane Sembène’s debut 1966 film, La Noire De… / Black Girl, the story of a young Senegalese woman who is employed as a governess for a French family in Dakar and moves with them to the Riviera, where her comfortable duties as a nanny in a wealthy household are replaced by the drudgery and indignities of a maid. Black Girl won the Tanit d’Or at Carthage in 1966, among other prizes; was ranked joint fourth on the Tarifa-Tangiers African Film Festival’s list of the 10 best African films of all time; and was hailed by Oscar winner Martin Scorcese (The Irishman) as “an astonishing movie.”

• Ousmane Sembène’s Camp De Thiaroye, about the treatment of the French West African Armed Forces after they fought to defend France in World War II.  Camp De Thiaroye won six awards at Venice in 1988, including the Grand Special Jury Prize.

• Youssef Chahine’s Alexandria Why?, about an Egyptian teen who escapes his country’s tense political climate during World War II through his love of American film. Alexandria Why? took home the Special Jury Prize and the C.I.D.A.L.C. Diploma at Berlin in 1979. Chahine went on to receive a Lifetime Achievement Award from Cannes in 1997.

• Mbithi Masya’s Kati Kati, about a young amnesiac who wakes up in the middle of the wilderness with no idea how she got there. The Kenyan film won the the FIPRESCI Critics Prize at Toronto in 2016; was named Best East African Film at the 2017 Africa Movie Viewers Choice Awards; and won the New Voices/New Visions Award Special Mention at the Palm Springs International Festival, among other accolades.

• The Nest Collective’s Stories of Our Lives, an anthology of five short films about the queer experience in Kenya. Stories of Our Lives won seven awards, including the Teddy Jury Award at Berlin in 2015, where the jury hailed its “brave and beautiful filmmaking, based on true stories that cannot fail to touch each one of us.”

• Moussa Sene Absa’s Madame Brouette, about a single mother in Senegal who sells goods from a wheelbarrow but dreams of opening a canteen. Madame Brouette won four international awards, including Best Music at Berlin.

• Flora Gomes’ Po Di Sangui / Tree of Blood, set in a Guinea-Bissau village where the trees planted upon the birth of each child begin falling rapidly and mysteriously. Tree of Blood competed for the Palme D’Or at Cannes in 1996 and won a Silver Tanit at Carthage, among other honours.

• Raoul Peck’s Lumumba: Death Of A Prophet, about the assasination of the first prime minister of the post-colonial Democratic Republic of Congo. Lumumba won the Procirep Award at Cinema du Reel in 1992, among other international accolades, while Peck went on to earn an Oscar nomination for I Am Not Your Negro in 2017.

• Dyana Gaye’s Deweneti, which follows Ousmane, a seven-year-old beggar in Senegal, who decides to write a letter to Santa Claus. Deweneti won six awards, including  the Special Jury Award at Clermont-Ferrand, arguably the top short film festival in the world.

• Njue Kevin’s 18 Hours, based on the true story of a rookie paramedic and his driver who spent 18 hours fighting to save the life of a road accident victim who was denied admission at multiple hospitals in Nairobi. In 2018, 18 Hours became the first Kenyan film to win Best Movie Overall at the Africa Magic Viewers Choice Awards. 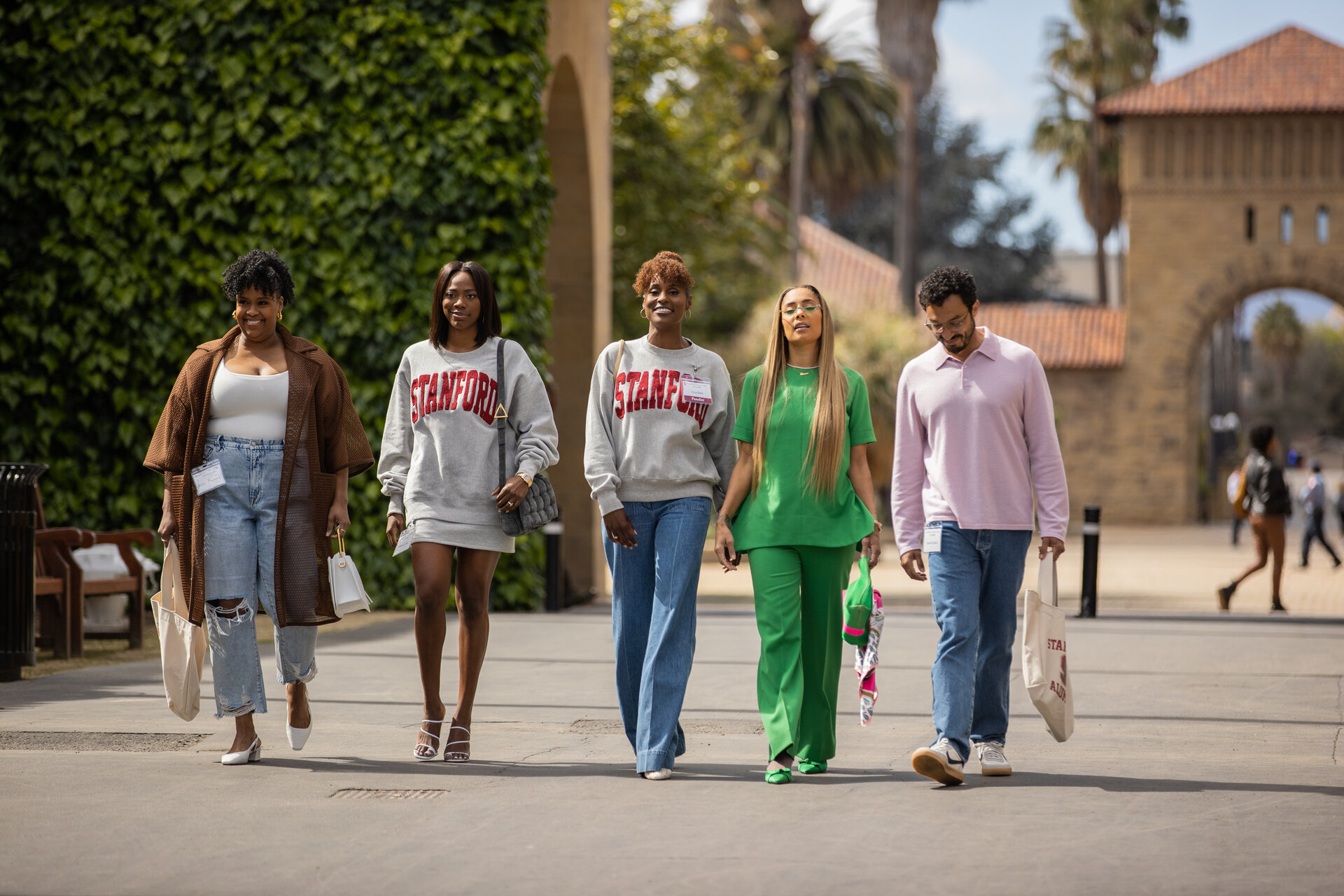 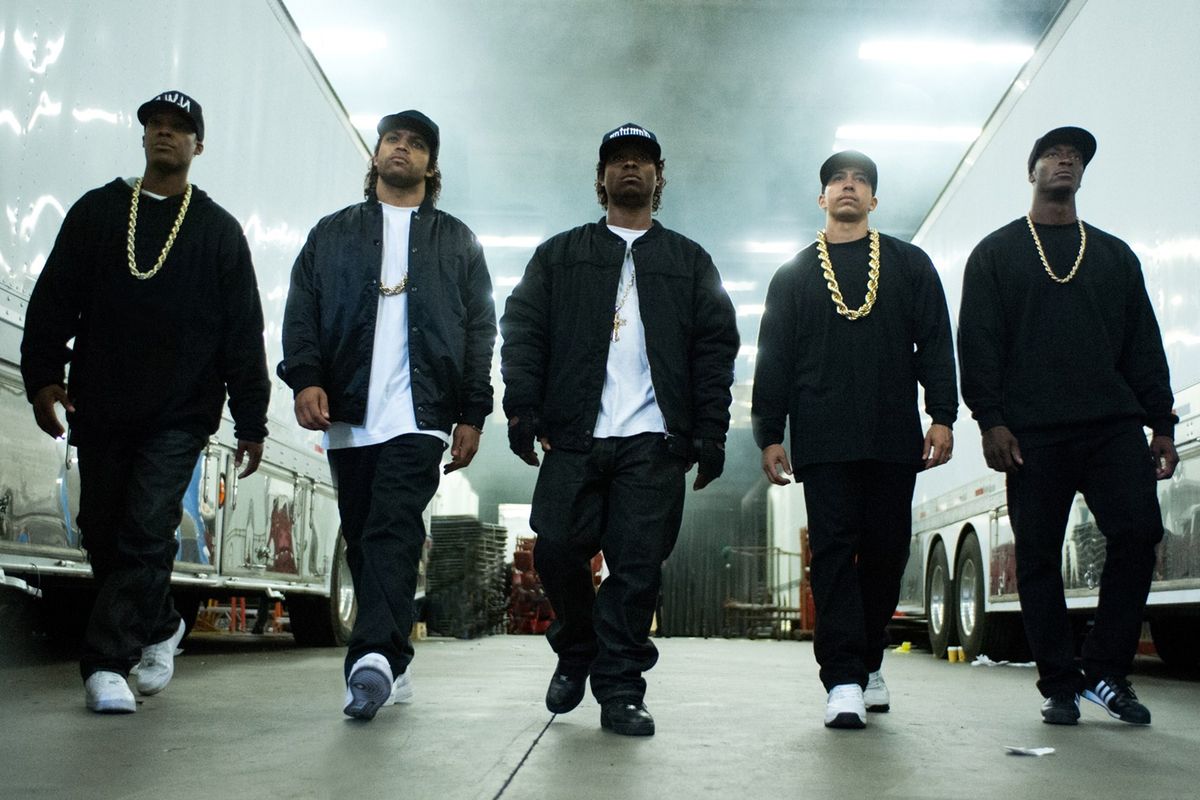 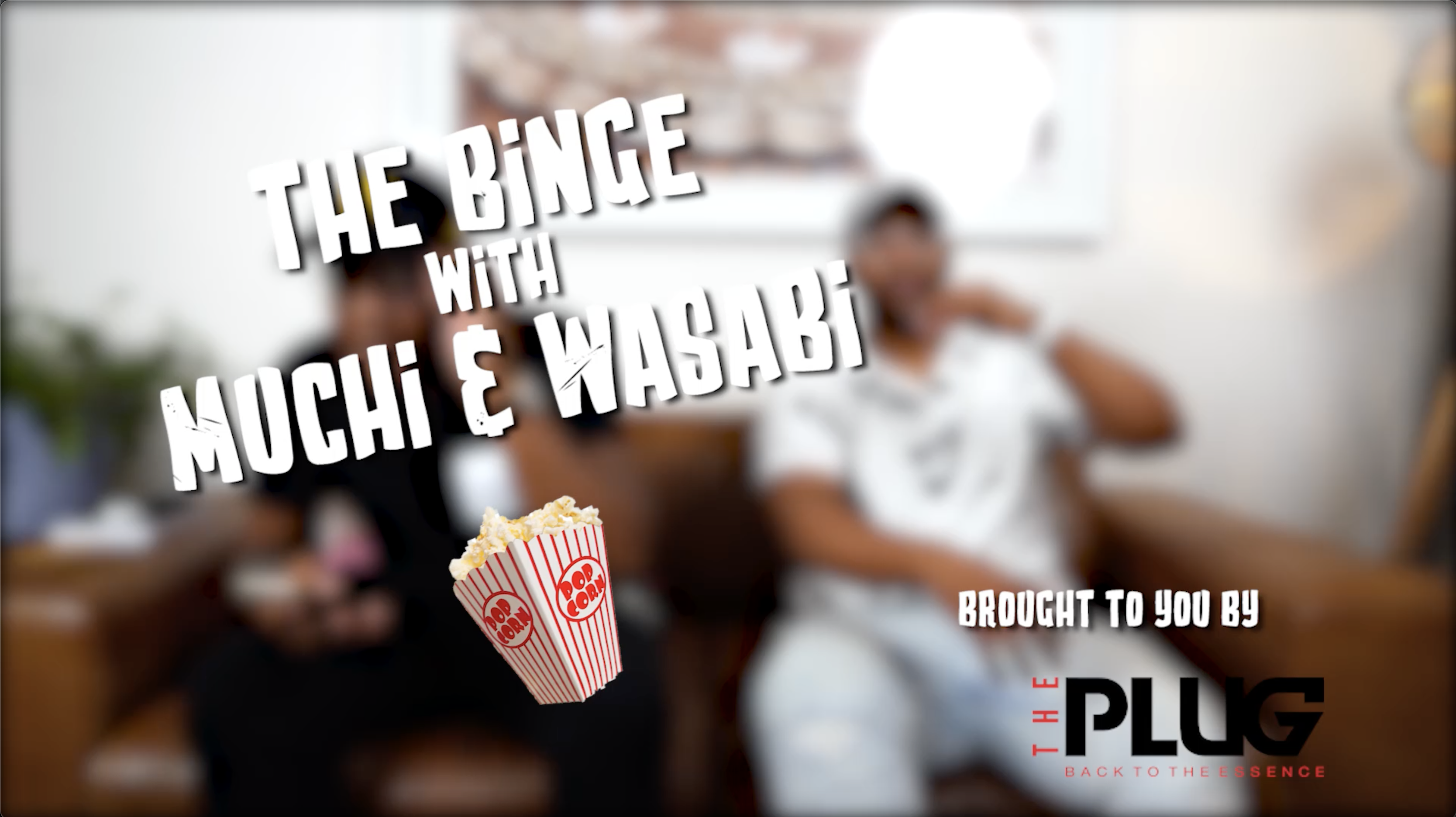