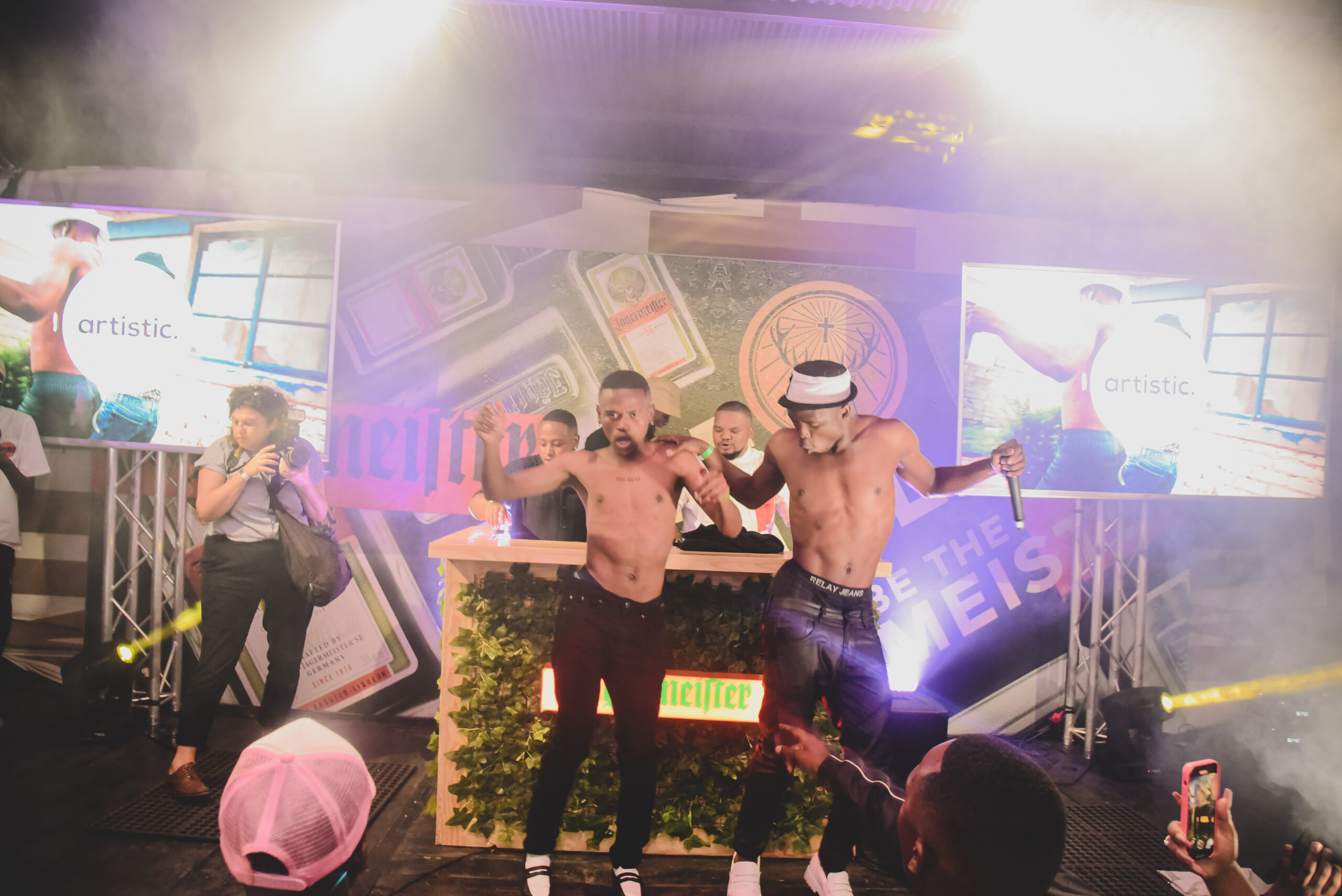 The music video of the platinum selling hit single, “uMlando (Remix)” by Toss, 9umba, and Mdoovar has been released following a launch party at Playground in Braamfontein on Wednesday, 30 March 2022.

The remix is a star-studded affair, with features that include Sino Msolo, Lady Du, Young Stunna, Sir Trill and Slade. The production of the KMANE directed music video was sponsored by Jägermeister.

The success of “uMlando” was borne of one of those rare occurrences where a viral dance challenge lives up to its hype and is successful in launching a new song and artist(s). The entire country’s attention was held after a video of Toss doing the now-famous uMlando challenge went viral in the first quarter of the year on social media.

The dance challenge involved boys vigorously gyrating and shaking their hips side to side, as well as air-humping while topless at any unorthodox site, whether it be on top of a table, in a trolley, on top of a car’s bonnet or in the middle of a tarred road. The more daring, the better.

The viral dance challenge then sparked thousands of videos by fans country-wide, leading up to over 270 million views of the original video by Toss on TikTok and over 112 000 videos created by users attempting the uMlando challenge.

Speaking about the transition the dance made, Toss said, “It’s great to see a dance that started as a social media sensation turn into a whole music video! I definitely had fun rocking with everybody on set.”

To date, the group consisting of Toss, 9umba, and Mdoovar, has achieved the much coveted South African Platinum record status with over “uMlando” amassing in access of 7 500 000 + streams on DSPs.

Whilst on stage receiving their Platinum Plaques from Africori, Mdoovar commented, “uMlando is proof that there is always power in numbers, we are stronger together than apart.” “This video perfectly embodies the energy, fashion and creativity of the most exciting sound coming from the continent. The uMlando video is going to capture the hearts of millions of people in South Africa and around the world. We at Africori are very proud to be associated with such great talents,” said Africori CEO Yoel Kenan.