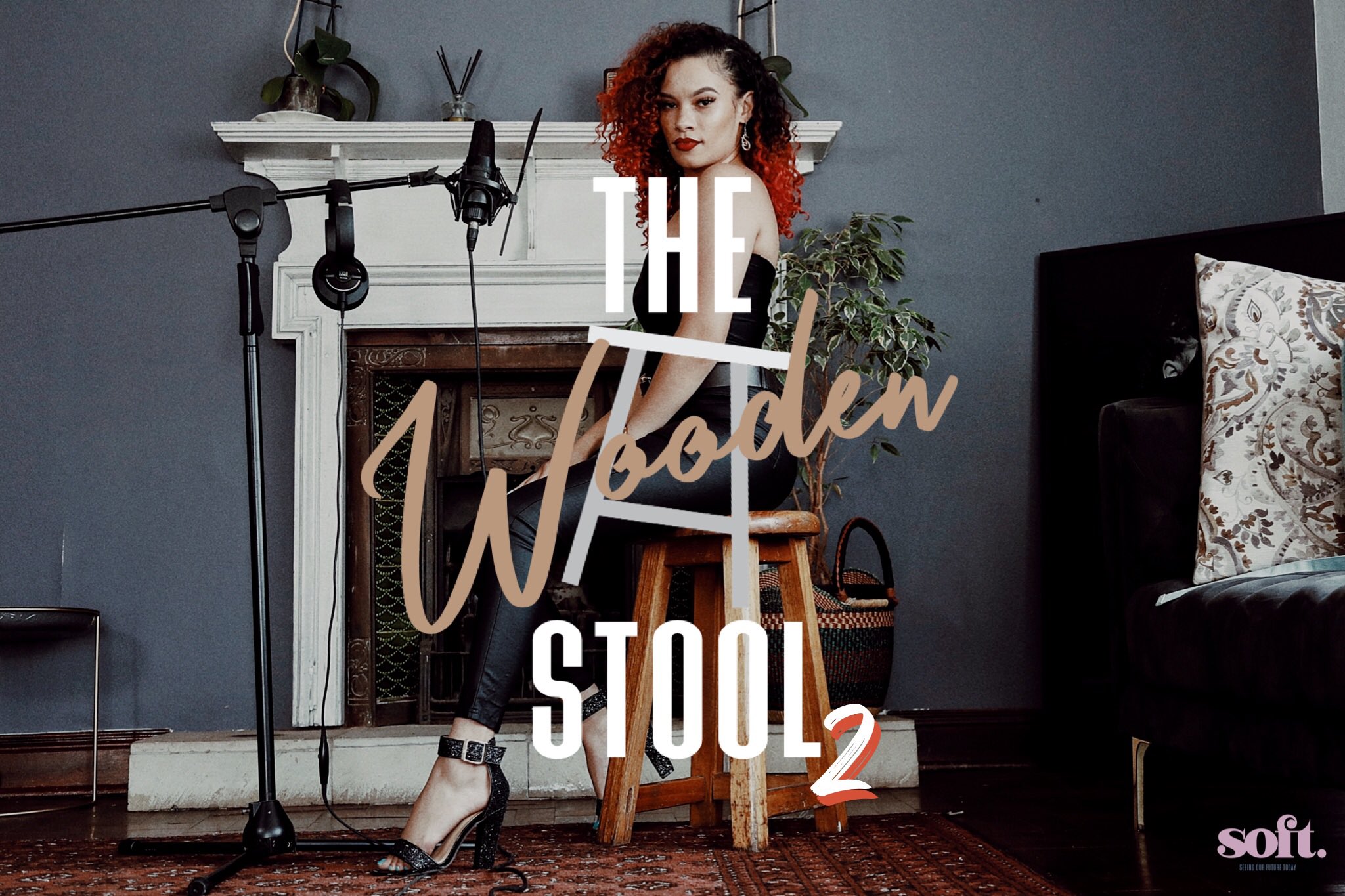 Worth Checking Out: SOFT’s The Wooden Stool

When a song is newly available on streaming services, listening and discussing the release is commonplace. At that point, we’re considering the technical, limited to commentary on what is on the track. However, watching a performance of the same track has the potential to bring the artist closer to their listenership and forge a bond that is impossible to create behind the anonymity of a streaming service. Up close and personal, how an artist performs a song endears them to audiences; breaks down the barrier, and puts everything on the table for scrutiny. This is the beauty of SOFT’s The Wooden Stool.

Founded by Lebo Lukewarm, BashVision, Marco Polo, and Tshepo Kgame, SOFT was created to highlight talented creators. The platform’s name is an acronym, in full translating to Seeing Our Future Today. The concept of SOFT came together in November 2019, and between founders as diverse as theirs. The Wooden Stool is the first series concept out of the platform. Since shooting the first episode of The Wooden Stool in January 2020, the show has been graced by the likes of Money Badoo, Lucas Raps, Boskasie, and more.

Set in a living room, performs sit upon a literal wooden stool, supported by one mic and whatever vibe they bring to set. Think of when we were kids and our parents would ask us to dance or sing for visitors, but on The Wooden Stool the performers are actually good at it. Lebo Lukewarm is both a producer and performer on the series. “Personally for me, I think, it’s one thing to hear an artist on a record and not see them perform it,” he explains. “It’s like having a conversation with somebody on the phone and then you finally go for [a] face-to-face. Like, there are certain moments in that conversation/performance that are nuanced, you know; like a particular way they felt when they were recording a song and they said a lyric. And you get to see that as they perform it because they feel the lyric as though they’d just written it.”

Call it luck or pure professionalism if you want, but the truth of the matter is that SOFT didn’t experience the negative impacts of having to film during lockdown in similar ways to TV production crews. For the founders of the platform, finishing the first season of The Wooden Stool soon after its conceptualization was imperative. For this reason, they could roll out content in a timely manner without the fear of having to navigate the initial one-month lockdown. At the same time, as previously mentioned, the idea is for SOFT to be a multi-series platform. With the show, Soft Spoken, for example only has one episode out at the moment. To this, they shared, “If we feel it doesn’t work, then we don’t do it again, but we don’t necessarily remove it.” In this way, like many platforms that are learning as they go, returning to the drawing board to reconceptualize and tighten a series is always an element of their creative process.

According to the founders, “The Wooden Stool is a unique digital music platform showcasing brilliant talent from across the African continent focused on promoting creativity and originality.” There’s always a desire to hear a live rendering of a song. Be it through attending a concert, the release of a live recording via DSPs, or anything of the like, there’s something about hearing music live that lands differently. In 2020, the world stood at a standstill and the entertainment industry that we had come to enjoy changed as we knew it. Gone were the days of casually catching a performance from an under-exposed musician during the early hours of a large event or an even bigger act unexpectedly performing at a club when they’d only shown up to have a good time. The connection that artists could cultivate with listeners via live performances was effectively severed. However, platforms like SOFT exist to lessen that gap. The Wooden Stool has become the fast-growing fan favourite. As such, conceptualized to extend the ethos of the platform, the performance series is just one way that SOFT spotlights tomorrow’s artists today.

Check out SOFT and the rest of The Wooden Stool videos here.