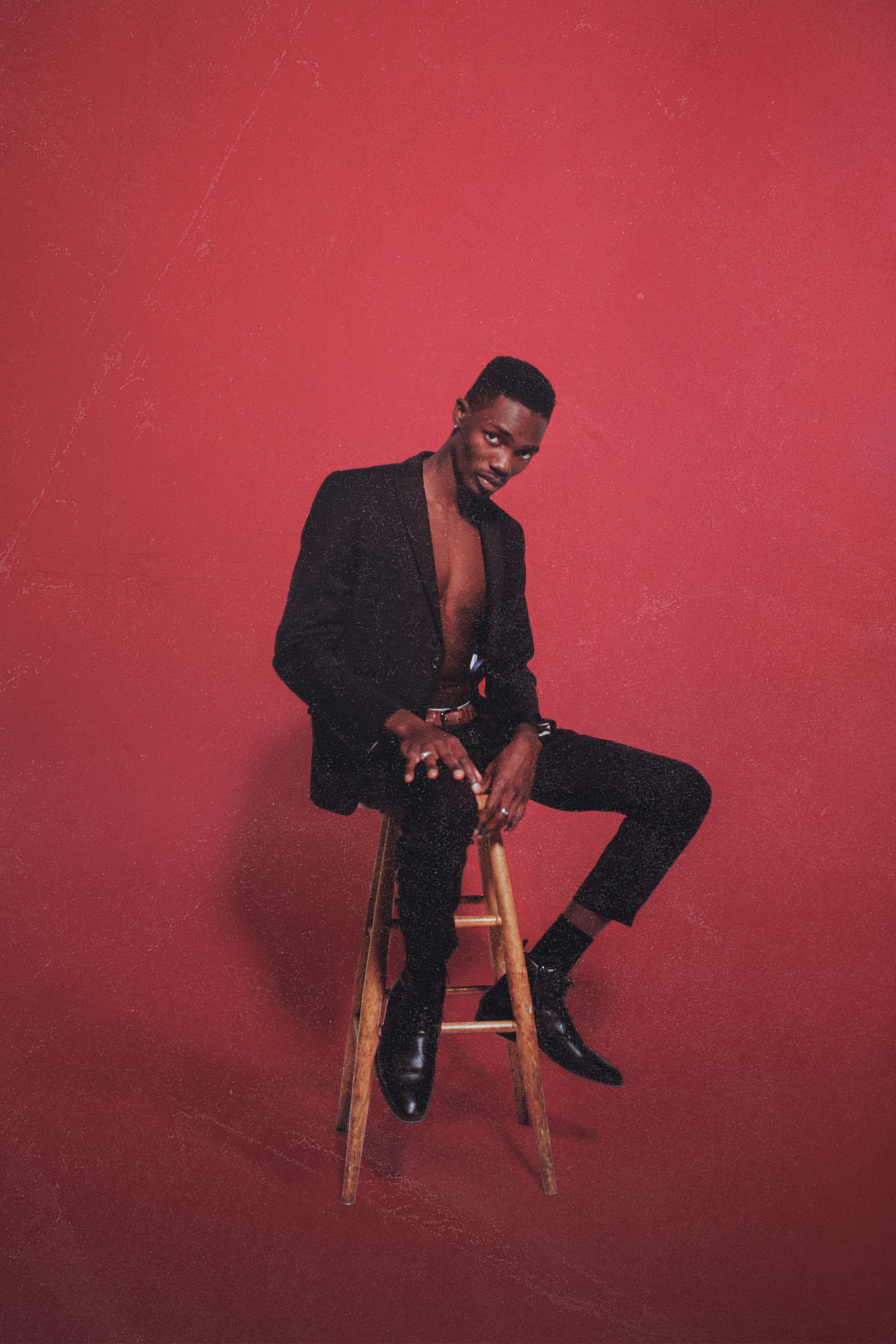 Elements: TOBi’s Pocket Of Peace In The Tumult of 2020

When getting into an album, the first track is what sets the tone, elicits the sentiment out of listeners, and draws you into the imagination of the artist. TOBi’s Elements (Vol. 1) does exactly this with “Dollas and Cents” featuring Juls. Is it rap? Undeniably. Is it hip-hop? No doubt. But is it more? Unequivocally.

From the first track of Elements (Vol 1), the music draws out the nostalgia of films like Brown Sugar, African-American hair shops, and an undeniable smoothness that can only be seen in black communities. For newcomers, Tobi describes his work as, “Unapologetic soul music; because it’s raw, it’s honest, it’s true to my life. Hip-hop is my main domain. I love hip-hop. I’ve been listening to hip-hop and making hip-hop music since I was 8-years-old. So I breathe rap/hip-hop music and I infuse soul music into it.”

While music was the career he sought after from 8-years-old, the years before then he spent in his home country, Nigeria. Born in Lagos, TOBi never imagined moving to Canada and when it happened he didn’t quite grasp what was going on. The Coming To America trope is tired and loaded with stereotypes, but it is important to note that immigrating to the Americas is something that changes a person’s life forever. “You know what, I had no idea what was going on. I remember my parents, right before we moved, they were like “Okay boom, we’re going to the embassy, you’re getting your passport and you’re gone,” TOBi says of the experience. “And “I’m like okay, what does this mean?” And I remember my mom, my mom – man she’s so amazing man – she did a photoshoot with my best friend the day before I left, it was like our going away party. I didn’t realize the gravity of what was going on, I didn’t know I was never going to see him again, you know what I’m saying.”

When we think about African music, more particularly when the world imagines African music, the common genres that leap to mind are Afrobeats, House, and Gqom, not to mention that plethora of genres that somehow get allocated to the “World” category at the Grammys. Pursuing music for any African child is a feat and a half. For TOBi, only when he completed his undergraduate degree in biology and psychology did he feel confident enough to share with his family that he was interested in music. Growing up, however, his making music was something reserved for his ears only, where his family was concerned. “It was never okay. I come from a family that’s very school focused and academic focused. And as a teenager I think I was very wayward, I was doing a lot of things I wasn’t supposed to be doing – very rebellious. And that scared them, that scared them a lot because they didn’t want me to end up in the prison system or whatever the case may be. So I never even told them I was making music, that never happened, I just did it in the dark.”

Black kids around the world don’t get to be kids the way their white counterparts are allowed. While Canada doesn’t have nearly as bad PR in comparison to its neighbor, but it’s no surprise that a parent of an immigrant child would be nervous of raising a black boy child in any of the Americas. Thankfully for TOBi, he experienced an epiphany of sorts. His mother had reached her limit and was grasping at what she could do to steer him in the right direction, when he acknowledged that he hated feeling like a disappointment to the woman who had given up so much for him to succeed. “She literally sacrificed her profession and you know it was just me growing up and realizing I’ve gotta take control of my destiny. I’ve gotta make something positive out of this change, you know, this is not done in vain, it can’t be,” he says.

It’s dangerous to say that good art requires personally experienced pain and hardship. However, it is fair to say that the creation of music allows for personally experienced pain and hardship to leave one’s spirit and soothe another’s. TOBi conceptualized Elements as a series he intends to release between official albums. “Made Me Everything” was the first track that TOBi completed for the project, but “Shine” was the toughest to make. This track touches on a strained familial relationship and the struggle to succeed.

Throughout Elements (Vol 1), TOBi delivers his music in a way that truly makes him seem like a longtime friend. At no time does it feel as if things have been embellished for the sake of a verse or a bar. On allowing himself to open up about his experiences through music, TOBi shares, “It’s definitely a learning process and that’s all I know. All I know is me. All I know is the world around me, my family, my friends, my enemies, or whatever the case. That’s what i know. I don’t know if i’d be a good fictional author, you know, I haven’t tried that yet. Maybe I will one day, but for now, i’m like a journalist. The facts, I like facts.”

Making music about one’s own turmoil is an accomplishable act. However, while COVID-19 changed the world as we knew it, it didn’t change the turmoil of black folks living in countries that devalue their lives. For TOBi, the African and Black American experience happens in parallel. While the United States experienced roaring protests to acts of police brutality against individuals like George Floyd, Breonna Taylor and so many more, Nigerians were protesting the gross mistreatment they received from their governments. As it relates to the END SARS movement of Nigeria, TOBi, like many third-culture kids, was both within and without his home country and cultural background.

“I had to sit with what was going on from two sides. one, I’m not there on the ground. You know, I’m not there in person. So the extent of my support is monetary through donations. B, through awareness, spreading awareness about what end sars means to folks. And C, just connecting with my family there, because I still have a lot of family in nigeria. And when this was happening I was in this kind of vortex like where I just felt powerless, but also felt privileged…and I didn’t want to center myself in that struggle because I’m not at the center of it. I’m in the diaspora, so I’m connected through my family, but I’m not one of those youth at the Lekki tollgate…”

“Yo let me tell you, let me tell you, I needed to create. I needed to because it’s emotionally taxing…this is what imma say about 2020, all of the things that are happening this year, they’ve been happening. It’s just now that we sit with it, we’re at home, movie theaters aren’t open, you know, we can’t be as distracted by life. There was no NBA, you know what i’m saying [there was no entertainment]. You had to sit with George Floyd, you had to sit with it, you had to engage with it. There was no running from it.”

Someone posed a question on Twitter recently, asking how we would describe the period that we’re living through. In my opinion, the best way to describe it would be that we are living in perpetual grief interrupted and accentuated by brief moments of euphoria. For TOBi, making Elements, and making music, in general, was being in his pocket; to focus on what he could control, such as his studio, his notepad, close friends, family, goals and values. “Sometimes, when all this stuff is happening outside, you forget that you have that; you know, you forget that you have these things that give you purpose every day and bring value to your life,” he explains.  “So music, music is my best friend. I’ve had it since I was a kid….and that’s why I made Elements, you know, the last song “Still Singing”, as long as a song is in my heart, I’m still going to sing.”