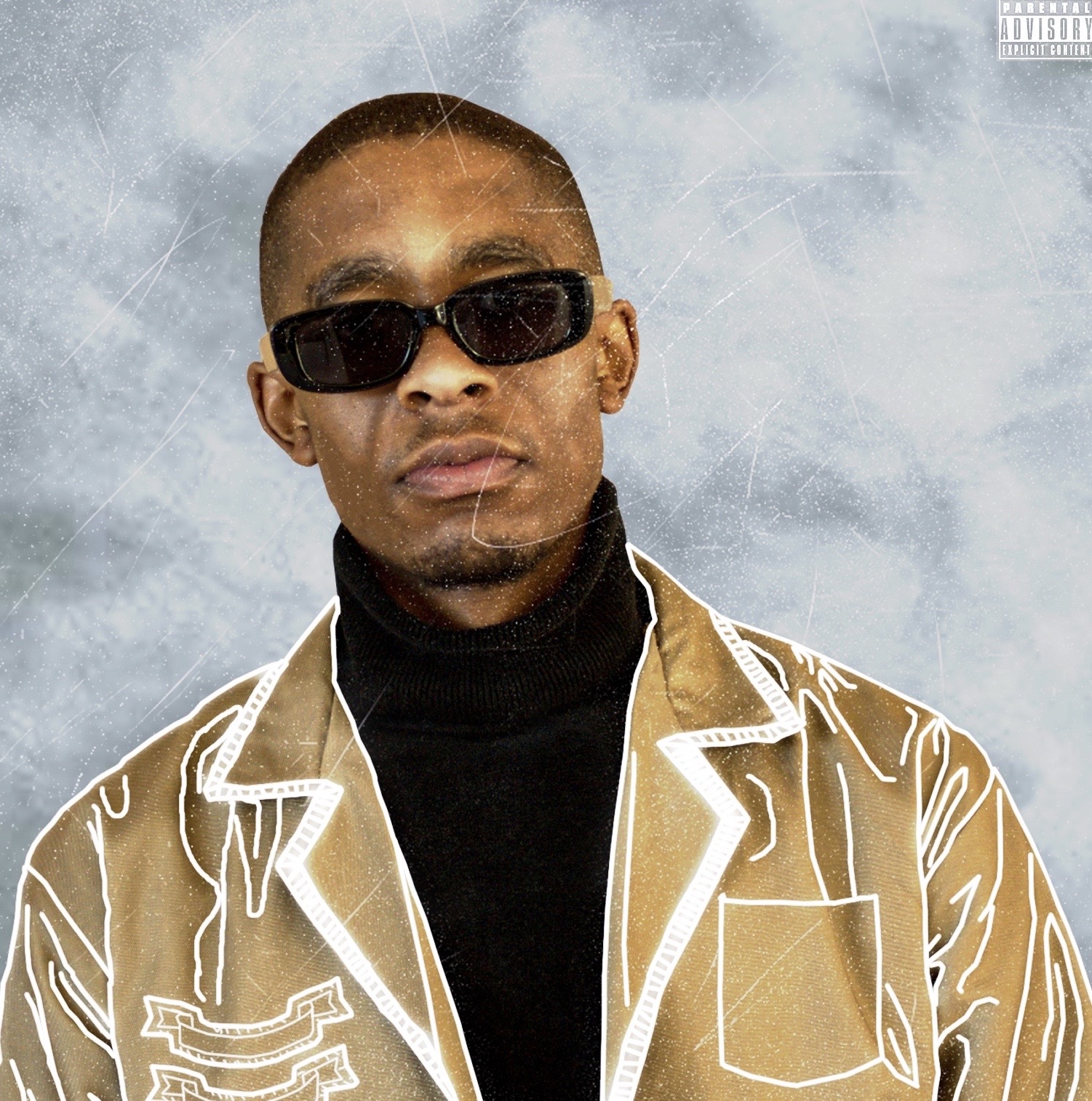 Hopemasta, From Behind the Scenes to Centre Stage

When Morpheus gave Neo the choice between the red and blue pill, we all understood that one choice had the likelihood of being severely underwhelming. But what if you had the choice to find your passion between two rooms? One being a homemade studio, and the other a mini-museum of South African pop and hip-hop culture? Nothing underwhelming in this sense, but perhaps the magic of the studio was a little more all-encompassing where Hopemasta is concerned.

Growing up, his siblings truly paved the way for him to find his way in music. With a producer older brother, Instro, and a journo older sister, Helen Herimbi, Hopemasta’s life has been all about music from his days as a rugrat. “From birth, I shared a room with [my brother] and he was the producer in the Vaal, like in the hood; so rappers would come to my house all the time and just record. The fact that we shared a room, I would get to experience this…and on the other side, it would be my sister, and her room is like a gallery. It’s got posters from YMag and HYPE Magazine and she would like, buy magazines, and read all the time, and watch interviews on MTV with Trevor Nelson, Oprah…yeah, like a lot of interview based stuff,” he says of his introduction to music and media.

With this kind of stimulation, it’s no wonder Hopemasta has garnered the respect of a number of artists in South Africa’s music industry. Some of his production credits include Reason’s “No Sleep” and “Bump The Cheese Up” as well as various credits for his associates at Kandy Koated Music, like Espiquet’s “Wait Outside Remix” featuring Riky Rick and DJ Kaymoworld’s “The Come Up” featuring Reason, 25K, and Espiquet. However, Hopemasta has maintained a level of anonymity to the general public that would surprise many.

“I wanted to do this earlier, I wanted to do this in 2015 and then my parents sat me down and they made me choose in an ultimatum. They were like “Yo, it’s either school or music” and I was like, am I about to pass up an opportunity to get a tertiary level education to make music? Or can I just go to school and be behind the scenes, produce, do as much as I can until I finish. And by the grace of God, I’m doing my final year, and things are just coming full circle.”

At the end of the year, Hopemasta is set to graduate with a degree in business management, one that he notes has been a struggle to obtain, but an asset to him as a musician. At the time of this interview, Kanye West had resparked conversation about the nature of record label contracts and the deals artists sign regarding their music. With regard to his own career, on the topic of the business of music, he believes that his degree will make it possible to not be so caught off guard in the business of music. At this point in his career, it’s fair to say that his ability to produce is of no question and that he’s capable of producing long-lasting music. However, on why he hasn’t signed to a major label yet, he keeps it simple in saying that the right deal simply hasn’t arrived yet. This isn’t to suggest that he’s not interested, however, but more to say that he doesn’t want to rush the process.

In the same way that he doesn’t want to rush the process of signing to a label, he took his time to make The Hope Herimbi LP. As should be expected, Hope produced this LP himself with the help of a few friends. “These songs happened at different times, so I didn’t make this project in that frame of mind to say now I’m doing a song like this, now I’m doing a song like this. Everything was just an organic vibe, from track one to track 14.” This “project,” as he calls it, was produced over two years and truly started off as an experiment. Back in 2018, Hopemasta spent more time producing than rapping. “I never put myself in the front where I’m like, I’m making a project,” he explains. It’s only when he realized that he was seven tracks deep that he believed he had enough content to conclude that he was working on a project.

From a sonic perspective, listeners will catch sound motifs from Latin American in songs like “The Cruise” featuring Yomi Rochy, hip-hop soundscapes like that of “C.R.E.A.M” featuring Cye and Mondo Dusk, and the type of R&B we often hear when listening to rappers that dabble in R&B on songs like “Fantasy Freestyle”.

On his inspirations, of course, Kanye West comes up, especially given his success and world renown as a producer and rapper.  Another such artist with the skill to produce and rap is Hitboy, similarly inspirational to Hopemasta. In addition, Kendrick Lamar and Drake were two other artists whom Hope could name off-the-cuff, but when you listen to The Hope Herimbi LP, you can hear elements of conscious-rapping, hat-wearing Common of the early 2000s. Jokingly, he notes that all of these artists are his grootmans.

In addition to drawing inspiration from these artists, likely the most memorable song on the LP, “The Cruise” was inspired by a sample Joe Kay shared via a Soulection set that he can no longer track down. “I was blown away, I was like, no ways I can’t let this episode play without me doing something with this sample. So I took it from there; made the beat, went to Yomi’s house, and from Yomi’s house we just worked on the song,” he says of the song’s production. A song about romance meeting reggaeton production and energy is the type of joint that you’d imagine in a dance movie scene, where the lead characters randomly dance the merengue in a New York nightclub.

However, if we were to clearly pinpoint where the theme of Hope Herimbi lies, it’s fair to look at none other than “Black Magic”. On first listen, the song immediately strikes you as an ode to black womanhood and the magic thereof. Throughout this LP, Hopemasta tells the stories of his experiences in love. In fact, this song was the first song he created for the project back in 2018. Granted, he explains that there are three relationships that inspired this project, the commentary on interpersonal relationships that have shaped the type of man he is today comprise the golden thread that brings this project full circle. Everything comes together from a production perspective, even with Hope Herimbi’s various sound motifs, and is amplified and bound more by Hopemasta’s style of storytelling.

According to Hopemasta, to say that this project is a full-format debut of his skill to the world would be fair. Even though some of these songs are two years old, “The more new people listen to the songs, the more renewed I feel in them,” he says. As a producer, those who know him know his talent, but with the release of Hope Herimbi, he believes that he’s presented a piece of work that best showcases his overall skill as a musician. From the writing to the production, Hopemasta is an artist with many hats, and he wears them very well.

Check out The Hope Herimbi LP below. 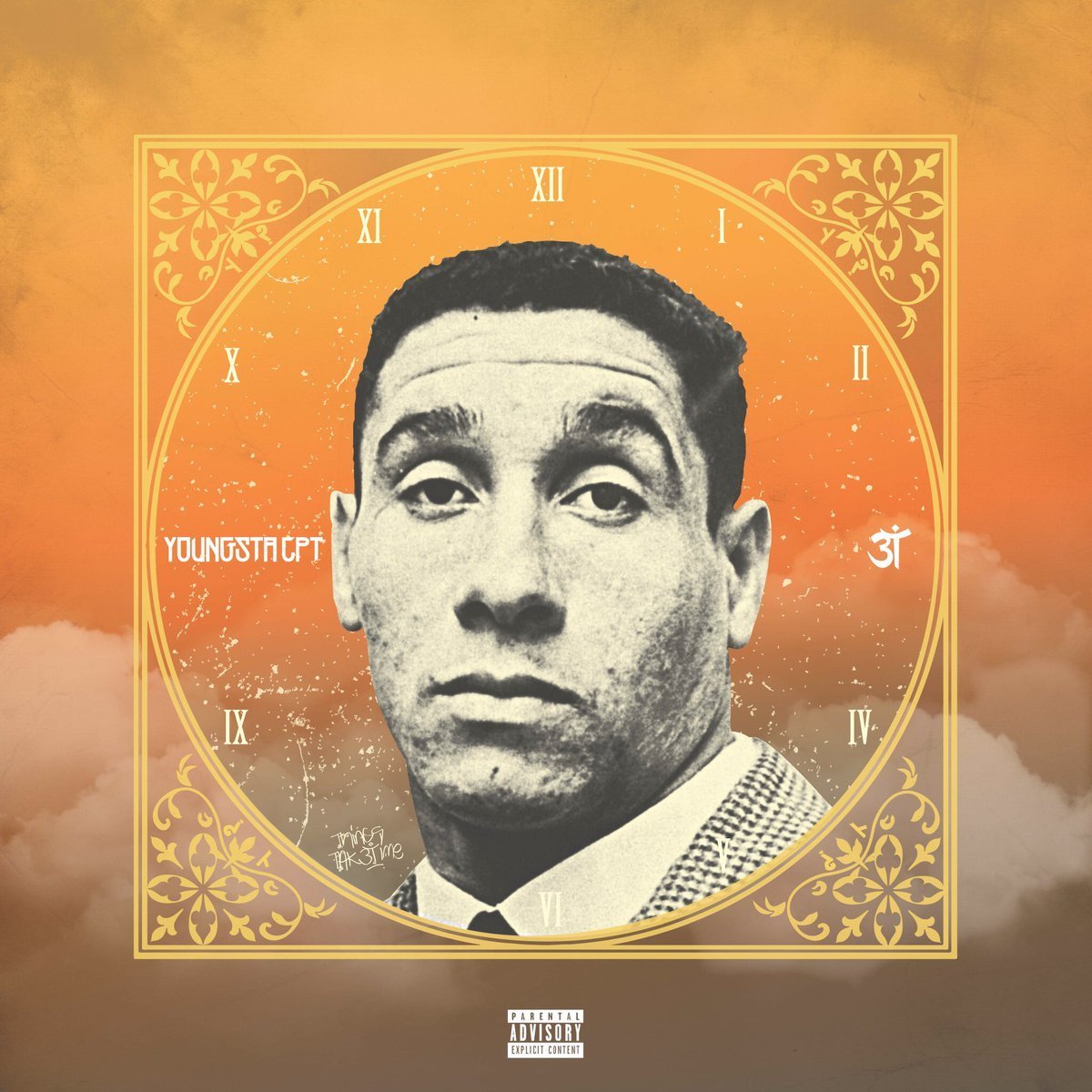