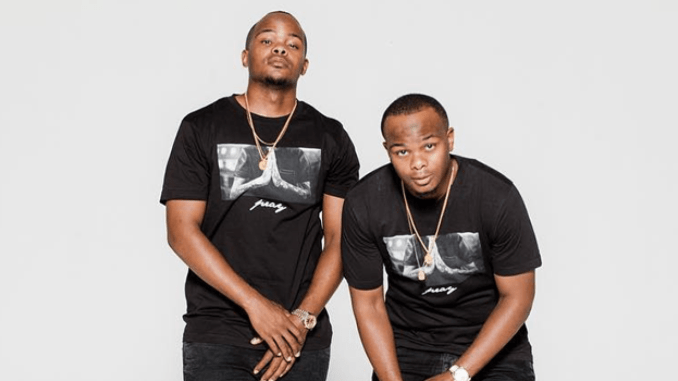 For years we’ve seen Banele and Bandile Mbere quietly chipping away at the hard rock of the SA entertainment industry. Resolute in their ambitions to dominate the music scene, not only in South Africa, but the world, their work ethic continues to drive the Major League DJz in the quest to excavate gold.

Born to political expatriates, the twins’ first few years were lived in the US before the family returned to SA around the turn of democracy. Having lived in the US for 35 years, their father embraced a lot of his adoptive home’s cultural practices, one of which was the love of baseball. He encouraged the twins to take on the sport here in SA and so when deciding on a stage name in later years, Major League seemed an almost obvious choice.

The duo remember playing with Gift Ngoepe in their younger years with Bandile applauding his achievement “Big ups to him, I’m so happy that he made it.” Banele adds “If my father had never become ambassador [to Rwanda], I’d probably be doing that.” They had to leave the sport when they attended boarding school as a result of their dad’s move but the entertainment bug didn’t take too long to bite thereafter.

“My mom wasn’t strict about going out because most of our cousins are older than us so it would be kinda unfair if she says we can’t go out but our cousins are 3/4 years older than me but they’re going out. We were 13, already going to clubs” says Bandile. His brother adds “And then we started throwing parties at clubs at, like, 16. Crazy!”

The teens would throw parties at clubs on weekends back home from boarding school and they credit Da L.E.S for guiding them in the entertainment industry. Bandile reflects “Les is like a family friend, his parents and my parents were very good friends, so in the entertainment business when I first came in, when I was still in grade 10, I always used to hang around with Les and he used to show me the way.” Banele adds “And that’s why we could do parties. ‘Yo Les, tell them where the after party’s gonna be’ [he’s say at events] ‘the after party’s gonna be at Black Orchid!’ [Les would scream to the crowd.] When [the rap group] Jozi was the hottest, we were there. We even did Les’s launch, [for his] first album. Thundercats, he used to call us thundercats.”

Having started at such a young age, they learned quickly and began DJing after matric to build their entertainment business. They also grew to appreciate certain nuances with party culture. “When doing a party, a lot of DJs don’t know how to build parties anymore. I think they just learnt from being at the top, being number one. There’s certain kind of DJs you want at a certain time throughout the night and then you build the party with the music. A lot of DJs don’t know how to do that. Like I know old school tracks! If you know hip hop, I’ll take you back to Wu Tang, I’ll take you back, I’ll go back… Cos I had a brother in that space so it was worse cos he used to school you every time. So we made sure we knew our stuff.”

Their older brother was in a rap group called Sound Explicit together with Crazy Lu [of Jozi fame], Marvin Cohen [a producer at Urban Brew Studios, who produces Live Amp], Styles, and Lester. Apart from hosting the real-life version of Hip Hop Squares with his little brothers, he guided them in the industry with his knowledge.

Major League Gardens was the natural progression in their eventing empire after about 10 years of hosting parties and doing events. “We built. Ay it took long! But it worked.” The first edition saw +/- 5,000 people walk through those gates in September 2014 and the event has grown to see its highest crowd of +/- 20,000 partygoers in September 2016. The sheer numbers of the crowd attendance (and the City of Johannesburg) forced the twins to move the event to a venue that could cater to them and Soweto became its new home but they still hope to shut down Sandton streets one day. “I love Sandton. If it was my way, I’d close down all the streets, throw the party in the street, use the park as well, everything. Shut it down! Even the last time… we stopped the construction [of the pedestrian bridge on Grayston Ave] for the whole weekend.”

The twins are also diversifying their business portfolio with endeavours in other economic sectors such as construction. “I have a plant hire where we hire out TLBs and I’m doing a few tenders. I also don’t think artists should keep money in the same industry, I think they should do different things. Do different things, try different things, put your money in different spaces, don’t keep it all to yourself. The day it switches off, you’re in trouble” says Bandile.

Bandile’s sentiments echo Hakeem Seriki’s. “I look at it like how much does the industry make. Like if I had to look at how much do these DJs make, if we all had to put our money together, how much is it? Is it 100 million? Is it 1 billion? If it’s 1 billion, how much money are you making off that? How much is yours? I want like 30 percent of that, that’s how I’m thinking. So if your industry’s not making 1 billion…”

Billionaire dreams aside, their passion for entertainment still runs red hot. “I really want DJs to be as big as artists here. In house, DJs are bigger than the artists, DJs are basically the artists. In hip hop, we need to get to the level where DJs are as big as the artists and maybe even bigger than most of the artists. You look at them like… you respect them the same way, and that’s what we need.”

Making their own music and releasing their own tracks was one way of going about this. “I think looking at the market and looking at how it’s growing… And also, I’m inspired by the house guys. Black Coffee is one of our mentors. He was like ‘You have to release your own music’” Banele says. Bandile adds “The only way to grow internationally, actually grow outside of South Africa, is to release your own music. And also to get in the mouths of the people, as a marketing tool, you need to release music.” Banele reciprocates “We wanna grow. We released our own music and it’s just been a blessing since then. I don’t think we’ve missed yet with a song.”

As a mentor he guides them on industry moves and solidifying their presence as artists. “An artist is not just about what you do on stage, it’s about how you’re perceived, how you look, how your own consumers perceive you, how… there’s a lot of dynamics. Performing and stuff is one aspect. And that’s why even Nathi said to us; performing is one aspect [but] you also need to be likeable. What do they like about you? What’s the music you put out? Especially the music, internationally especially the music. How can they sell you? Cos they can’t sell your performance. Performance, yes it’s a bonus, but they can sell your music, they can sell your personality, they can sell your image. Once you’re a good performer it takes you to the next level.”

Releasing a cohesive body of work is a priority but will take some time for them because of this. “I’m just trying to make sure we get it right. I don’t wanna just drop an album and I’m like… Guys like DJ Snake, I’ve known Snake for such a long time, amazing how he’s grown, and he’s only released his first album last year. And he kept just trying till he found the right sound. Cos he used to play hip hop, now he’s in EDM. But you can see there’s a hip hop influence in what he does. So we’re just tryna find the right… Once I find it, let me try all the shoes on, once I find the right shoe we’re running, we’re out.”

As independent as the duo seem with their passion for entrepreneurship and ownership evident, I’m curious as to why they signed to Mabala Noise. Bandile says “Mabala was more of international stuff. They said they could give us platforms internationally, like PR and all of that stuff, that’s the reason why we did it. Because I know with the funding backing it, we could do that stuff. It’s very expensive getting PR overseas, getting connections overseas, meeting people, going for meetings, going for interviews.” Banele adds “It’s tough. So that’s why we’re here. We considered the support structure and the access, that’s what it’s about.”

A decade in the industry comes with a host of challenges and a conviction to rise above them. Their passion unwavering; with the City of Gold as their starting point, Bandile and Banele are ready to take over the world. 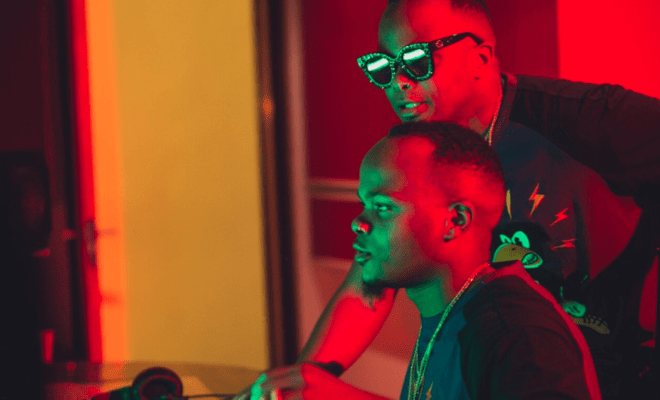 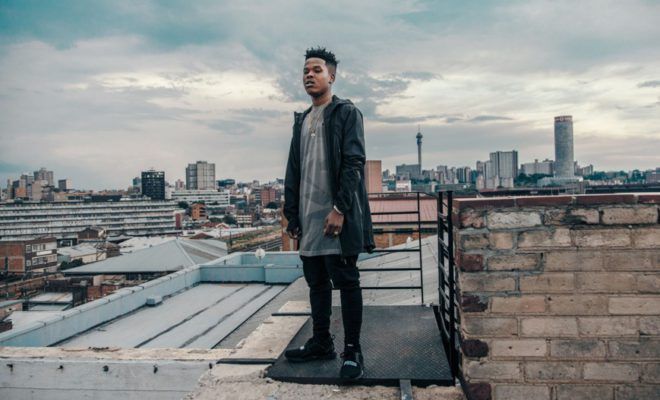