Leeroy Jason’s New Exhibition is a Celebration of Pride

Leeroy Jason partnered with Maps Maponyane’s Buns Out for an evening of art and conversation. Echoing the ideologies of pride, which celebrates individuality and the LGBTQIA+ community at large; the exhibition gave a visual representation of his #GenderMustFall series, which focuses on breaking the status quo.

Leeroy has, from the age of 11, had an avid interest for visually and artistically capturing stories from South Africa and the world at large. He uses photography to express himself by capturing the most honest, sensitive and incredibly intimate imagery that exposes realities in the worlds of politics, religion, traditions and popular culture, while fundamentally addressing socio-economic issues that affect humanity. This also makes him a refined activist, courageously borrowing moments in time through stills that stand for human rights, dignity and justice.

The #GenderMustFall series came into inception when Leeroy saw the need to educate society, especially men, about diversity in gender identity. Although we were taught that people have to act according to their assigned gender – male or female – he strongly believed that the only way we could break out of the clutches of heteronormativity is to bring men into this discussion and sit them at the table. The silence of men is just as loud as the disrespect in an office which goes without being addressed, as loud as coins in the pocket from unequal pay and echoes as hard as the slap of gender-based violence.

“Gender cannot just be a social construct experiment that isolates one’s way of life into its polar opposites, or it’s defining categories, or inability to see life larger than just the black and white options that we have been given by societal standards,” said Jason.

The #GenderMustFall body of work is just one of many that stems from #Everythingmustfall – including #Zumamustfall #Feesmustfall #Waronwomenmustfall.

The exhibition was the first of a series of work to be shown internationally. The opening took place at Buns Out, Rosebank on First Thursdays where guests conversed, shared opinions and enjoyed Jozi’s best burgers. Leeroy is set to host more thought-provoking #GenderMustFall exhibitions across the country to get people talking about topics that more often than not, are uncomfortable and often swept under the rug.

Have a look at a few of the images from the series below. 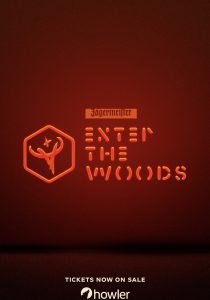