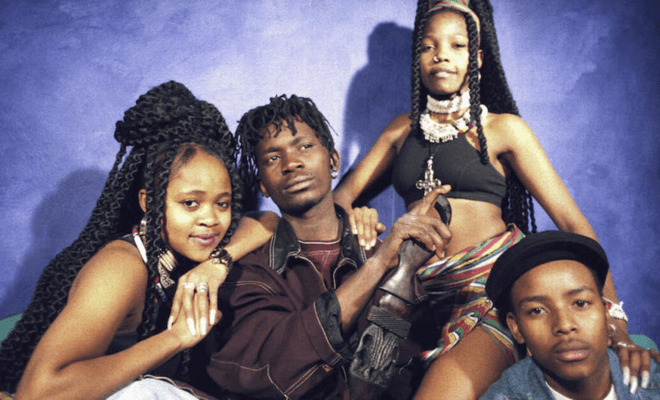 Influence and impact are hard to measure. It doesn’t get anymore subjective. However, there are certain people whose work is undeniable that you have no choice but to try ascertain how they fit in the larger scheme of things. South African street culture and fashion goes back decades but it genuinely only took off in the mid 90’s when kwaito started blowing up which is fitting as music generally strokes the fires that fashion is built upon.

We wanted to talk and look like the stars that we saw on TV, in newspapers and at concerts. Music stars have the platform to bring a trend or slang to critical mass. In this feature, we have undertaken to acknowledge people and brands that played a critical role in bringing urban fashion to the masses. But here’s the caveat, not every musician has the ability to set fashion trends. Selling hundreds of thousands of records doesn’t make you a style icon. You either have it or don’t. Style that is.

This is not a definitive list and some might disagree with our choices but it’s a necessary exercise as it helps us look back and see where our whole culture aka steez comes from. Let’s acknowledge the pioneers and put some respek on their names!

This is part 1 of the feature and we rank 20 – 11. Part 2 will follow next week. Kindly share your thoughts in the comments section.

Mkay Frash is a young legend in these streets. The Soweto native was a crucial member of the highly influential Boyz ’n Bucks crew which had a phenomenal run a few years back. At their peak the group was able to set fashion and musical trends like no other collective before them and this was largely due to Mkay’s role. He is a tastemaker par excellence. Mkay also helped blow up Nike in the hip hop community as he cleverly seeded product to the right influencers and put the Oregon-based brand in the right spaces. His position in SA urban culture has been solidified with his current venture, sneaker and lifestyle blog Hunting for Kicks. HFK is arguably the only SA sneaker site that matters and is followed by thousands of eager sneaker-heads who hang on Mkay’s every word. Mkay is also the undisputed King of Camo – ask somebody.

Chiskop was an early 90’s group that was formed and led by Mduduzi “Mandoza” Tshabala. Mandoza formed the group after he was released from Diepkloof Prison where he served a one and a half year sentence for a car theft charge. Chiskop’s whole style was largely influenced by prison culture. They were the first kwaito group who wore their pants below their butts like American rappers. They showed their boxers at every performance at a time when folks were fairly conservative about such things. You would not have been able to find the crew anywhere without their uniform, the two-piece Dickies suit. In fact, the crew had a very combative attitude and delivery which reminded most of the US rap trio Onyx. Chiskop’s unapologetic style endeared them to many and paved the way for one of the most phenomenal solo careers we have ever witnessed in SA. After leaving Arthur Mafokate’s 999 stable, Mandoza joined forces with producer Gabi Le Roux. Gabi produced Nkalakatha, SA’s biggest crossover hit and the album with the same name sold well over 400,000 records making it one of the best selling Kwaito albums of all time.

MDU was one of the architects of kwaito, a genre and movement so uniquely South African it could never be duplicated or replaced. The Godfater, as MDU is fondly known, was born in Zola, Soweto. He got his start in the game by working and backing up the likes of Chicco Twala, Pat Shange and Yvonne Chaka Chaka. In 1998 he went on to form MM Deluxe with another future kwaito kingpin Mandla “Spikiri” Mofokeng. The duo fused township folk music with pantsula dance music and the result was kwaito as we know it. MDU went on to create Mashamplani, a group whose initial members included future TKZee member Tokollo “Magesh” Tsahabla and Sbu “Ma’Lawyer”. Thereafter, he went on to launch an incredible solo career that saw him produce and release platinum album after album spawning countless chart-topping hits in the process. Although MDU wasn’t necessarily a style icon he did help popularise DMD shirts, Ellesse and Converse, a staple in his wardrobe.

There isn’t a single stylist that has left an indelible print on SA streetwear and urban fashion like Boogy Maboi has done over the past decade. The former K-TV presenter (yes, she was a childhood star) grinded quietly behind the scenes for a number of years. Boogy founded Styled By Boogy in 2007 when she took on Khuli Chana and UK street wear label Box Fresh as her first clients. Since then, she has gone on to styling award shows, album covers, photoshoots and has featured in one of Woolworths’ “Styled By SA” campaigns. Boogy has helped blow up numerous local brands by putting them in music videos and campaigns starring the biggest stars on the continent. The likes of Head Honcho, Butan, Dead. and D.O.C.C have all benefited from her patronage. In our interview with her she told the story of her humble beginnings in this business and it is pretty incredible to witness her constant influence on SA street culture and fashion. It says a lot about Boogy that she’s the only stylist on this list.

Cassper Nyovest is one of the biggest artists on the continent at the moment and his impact in the music industry will be felt for years to come.  The Mafikeng native got his big break when his homeboy HHP featured him on the smash hit “Wamo Tseba Mtho”. The determined rapper did not slack after that, he went on to release three commercially successful albums that have put him in a pantheon that only the greats occupy. From a fashion point of view Casper popularised the shorts and long socks trend which was mimicked by kids in every township in SA. His long-standing ponytail was also the wave and got jacked by a lot of his followers. Recently, Cassper has taken on a more sophisticated approach to fashion largely due to the efforts of style maverick Didi Monsta. The kasi threads have been replaced by Gucci and Balenciaga. The ponytail is also gone, in its place is a tight fade and a beard that is the envy of both of males and females. Cass also deserves a lot of props for having a serious and consistent merch line that even has a stand-alone store in Newtown.

It could be argued that Loxion Kulcha is the most important clothing label to ever come out of Southern Africa. Soweto natives Chabi and Wandi established the brand at the height of the Kwaito boom in 1997 and it quickly caught fire. The duo founded the brand out of necessity more than anything else as they were unemployed at that time and were desperate to put food on the table. Their hustle began when they started selling the home-made knitted crocheted skullcaps that they used to rock all over the hood. The brand and logo followed afterwards. When the demand grew Loxion Kulcha was established and the rest is history.  “We were tired of the international brands, we wanted something local that had a relevance to our ‘street kulca’ and was comfortable to wear. In other words, ‘clothing with a correct fit, pockets in the right places and fabrics of ‘utility quality’, which the wearer could wear and keep their temperature constant while looking stylish”, said Chabi in an interview.

There was a time in our lives in the past decade when it was practically impossible to walk the streets of any metropolis in SA and not spot anyone wearing an Ama Kip Kip t-shirt. The brand was truly ubiquitous. Ama Kip Kip was established by a savvy entrepreneur by the name of Nkosana Modise alongside Siyabonga  “Scoop” Ngwekazi and Ngori Takawira who were seeking to create a local and urban brand that spoke to South African youth and intepreted their lifestyles in colourful and bold gear. AKK caught fire when it enlisted Da L.E.S to be the spokesperson for the brand. After the North God start rocking the brand it blew up all over SA and no one could get enough. The brand opened a store at The Zone in Rosebank to huge success; people drove from all over Gauteng and surrounds to come get the brand’s latest drops. That store was the melting pot of Joburg street culture for a number of years and it obviously helped their cause that the YFM studio was right next door. Ama Kip Kip went on to endorse the likes of Teargas, L-Tido and more recently, Emtee. Although the brand has fizzled out their impact on local street culture will never be forgotten.

I don’t think South Africa was ever ready for Boom Shaka, the controversial kwaito group that consisted of Lebo, Thembi, Theo and Junior. On the cusp of the first free and fair elections that would eventually usher in a democratic South Africa under the Rainbow Nation banner, Boom Shaka dropped “It’s About Time”. The single was refreshing and anthemic. The video for the song introdouced girls all over SA to Thembi and Lebo’s rump-shaking and hip-twisting dances and dreadlocked hairstyles. By the time they dropped their debut album in 1994 Madiba’s version of reconciliation was disrupted by their raunchy and spicy lyrics, not to mention their sensual dances. Their style was so controversial it prompted Mandela to publicly condemn the group. “Andiyi thandi iBoom Shaka”, he once famously said. The truth is Boom Shaka didn’t care about the old man’s opinions. They were simply representing their truth and expressing themselves in the best way they could. Isn’t this what liberation was for? Freedom of expression? In the mid 90’s every girl wanted to talk, walk, dance and dress like Thembi and Lebo. Their style was years ahead.

At this point in time Kabelo, Tokollo and Zwai are certified legends. We should be honored to walk in their presence. These three high school friends concocted a music takeover plan in their teens, one which they followed with unmatched zeal and passion after graduating. TKZee were the first group to come from a private school background in the 90’s. Their firm footing in the township coupled with the private school education made them extremely unique in the midst of the kwaito boom. They drew inspiration from Nas and Biggie as much as the G’s on the corner of every hood in Soweto. This translated into their music (the homies rapped on a few tracks. See “We Love this Place”, “Serenade” and “Happy Song”) as well as their fashion sense. In their Palafala days the trio were always seen in Dickies and Converse. They siwtched their whole swag around ’98 when they dropped the monumental Halloween. In came Nike, which effectively made them the first music group in SA to be endorsed by the American sportswear brand.

Dickies and South African street culture go hand in hand like pap and chakalaka. At one point Dickies was so omnipresent in South African streets you would have been forgiven for believing it was a local brand – designed and manufactured in Mandela’s land. The brand, is of course, American but somehow got adopted but pantsulas decades ago (that’s a story for another day). Dickies wasn’t regular clothing – it was a uniform that we all wore with pride. When you rocked your two-piece you felt the same way Clark Kent felt when he threw his cape on. It just felt right. Over the years Dickies has been the staple for everyone from Chiskop, Trompies, Alaska, Mashamplani to TKZee. We don’t care what the Americans have to say, Dickies is actually ours. 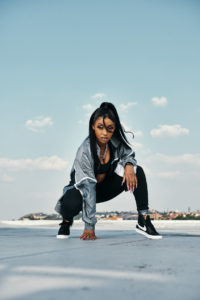 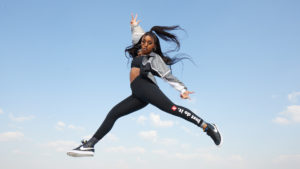