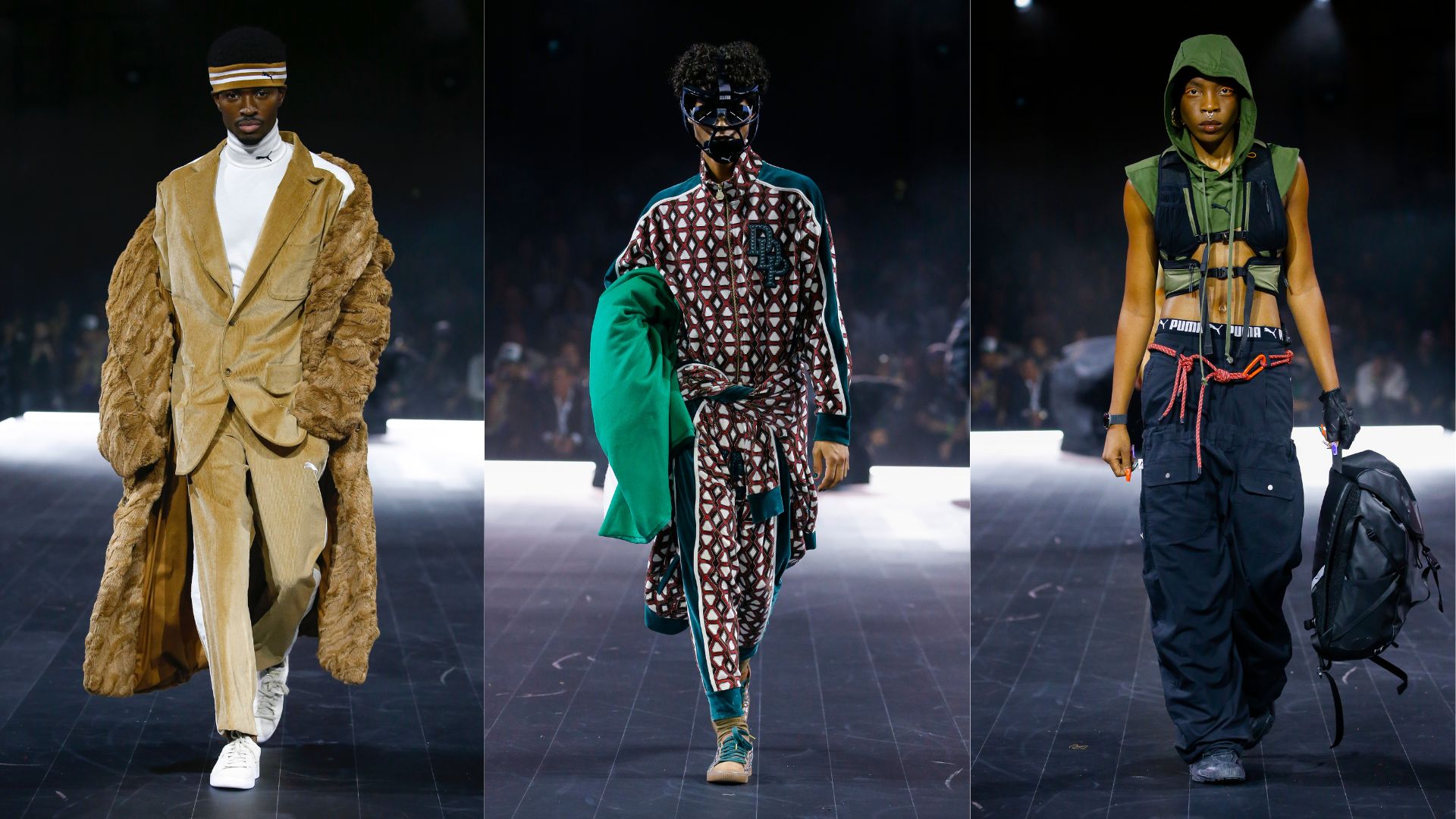 Puma recently made a return to New York Fashion Week and has brought an interactive experience to go with it. The Futrograde show launched “a parallel metaverse fashion show experience, called Black Station, that included exclusive NFTs with limited edition redeemable physical sneakers.” In simple terms, if you had purchased a Puma Nitropass NFT on August 26, you were able to exchange the token for one of two limited release sneakers in real life, effectively rendering the NFT a method of payment.

It’s the first time since 2017 that PUMA has taken to the NYFW stage, the last being for their collaborative Fenty x Puma line with Rihanna, an experience replete with dirt bikes soaring in the air and pyramids of pink sand. For their return they’ve opted for futuristic visuals, showcasing the past, present, and future of the brand. The entire experience was curated by Puma’s Creative Director, June Ambrose. Alton Mason took the runway first, but the talent walking the show included Brooklyn Beckham, Duckie Thot, Joey Badass, Kyle Kuzma, Lauren London, Missy Elliot, Skepta, Quavo, Smino, Winnie Harlow, Usain Bolt, and Dapper Dan himself.

Dapper Dan x Puma is one of the collaborations that the brand has announced for the upcoming year. They’ve described the collab as “a luxury upcycled aesthetic, complemented with knitted materials, tailored styles, and elevated colours.” From Harlem, New York, Dan was memorialised in hip hop culture for his boutique that outfitted names like Jay Z, LL Cool J, Eric B and Rakim, and a host of others. He came under the firing line of couture design houses for repurposing the fabric of their garments to make his own. Litigation against him by these houses forced him underground and shut down the boutique but a 2017 exhibition at New York’s Museum of Modern Art turned his fortunes around. He soon collaborated with Gucci’s Alessandro Michele in 2018, turning the high end fashion industry’s initial shunning of him and his work on its head and embracing exchange.

Dan’s work with Puma will be one of six upcoming collabs. June Ambrose has one, Koche, MMQ, Palomo, and AC Milan. “I want this concept to challenge the audience to be creative with their present, as they forecast what’s next,” Ambrose said of the brand’s return to the Fashion Week runway. The first chapter of the show celebrated classic Puma iconography, the second chapter focused on their upcoming collaborations, and the final chapter was a conceptual design showcase. “Nobody knows exactly where the future is going, so we allowed ourselves to be experimental,” Heiko Desens, Global Creative Director and Head of Innovation, said.

The future also clearly includes web3 and blockchain technology for the brand, with the inclusion of the Black Station virtual showcase. They’ve said of the platform, “As a blank and ever-evolving 3D canvas, Black Station is a dynamic destination to visit, connecting consumers with various web3 activations emerging over the course of the next year and beyond.”

Have a look at some of the designs from Futrograde below.