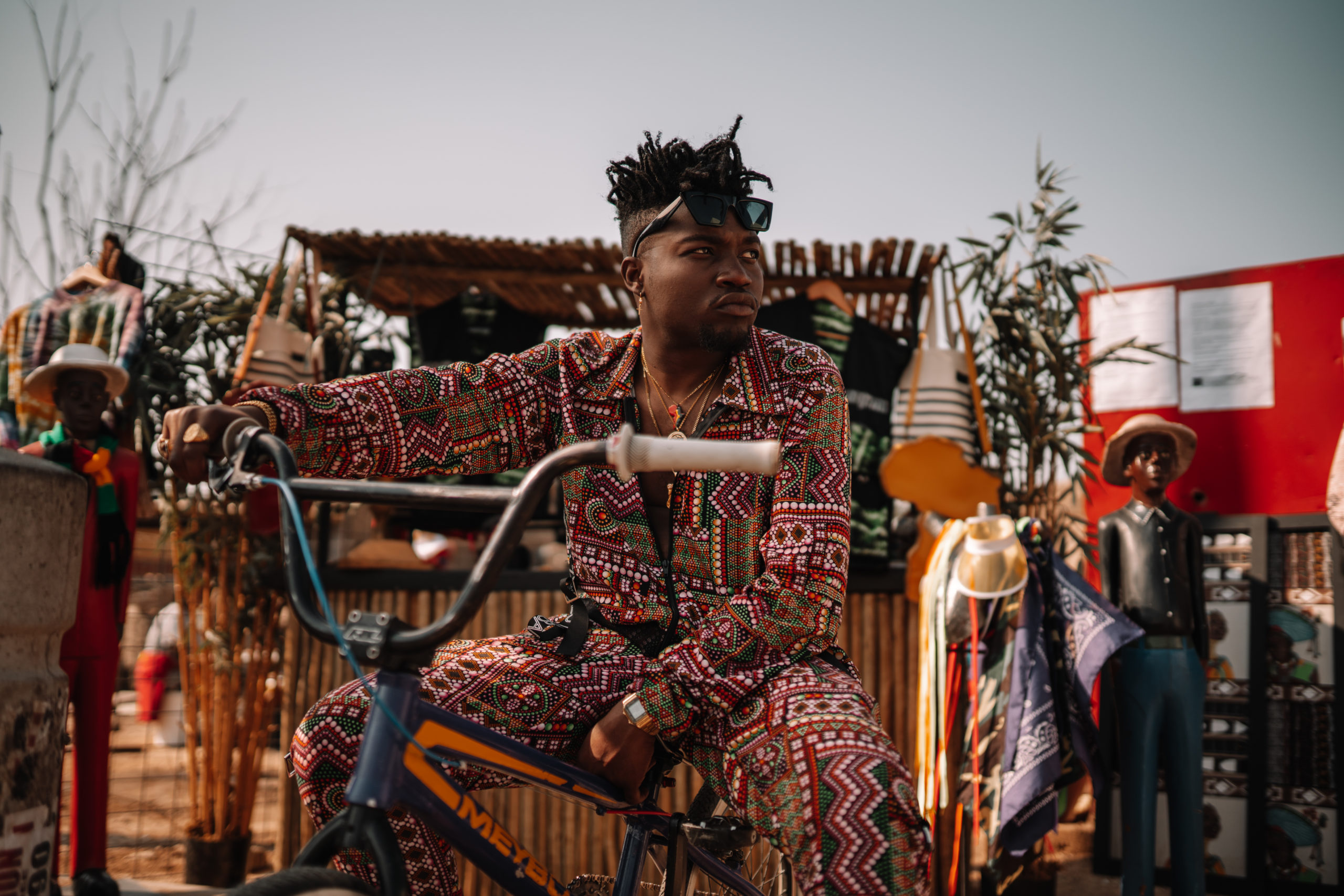 God’s grace is said to know no bounds. His voice is best found in the silence, the quiet. More importantly, he is said to live in the heart and mind, the trees and the sky; but specifically for Manu WorldStar, God has opened up the heavens to bless him with his favor… or at least, that’s what the “Nalingi” hitmaker proclaims in his debut album, MOLIMO.

After his stint on VUZU’s The Hustle, a hit single, “Nalingi” and his 2019 debut EP, Young African Story, 2020 is the year where Manu WorldStar became the artist he always should have been. Growing up in the heart of Johannesburg, Manu’s identity was composed by a blend of his Congolese heritage, South African lived experience, and an introduction to hip-hop by way of his cousins. Now, with MOLIMO, Manu WorldStar opened his debut album with a “quarter to gospel” song featuring lyrics in his mother tongue, Lingala.

“My family is very spiritual, that’s where I get it from; like both of my parents are pastors. I grew up going to choir rehearsals, every Tuesday and every Saturday; my mom would force me. When I was 10 years old, she would say “It’s time to go to choir”. At that point, I was not singing, I didn’t know I had that ability. But my mom was in a choir and so she would make me sit there, and I would listen to her, and I would listen to the choir instructor, you know, direct everyone and stuff. That’s how I fell in love with music,” Manu explains.

Born in Berea, Manu WorldStar navigated life as a third culture kid, a child born in a different environment and setting to his parents’ culture. His introduction to music was that of church and his older cousins’ taste in music, being Joe Budden, 50 Cent, and Lil’ Wayne, to name a few. It’s no wonder he says his first instinct in making music was to rap. “I had forgotten I had this whole spiritual side to me,” he goes on. It’s no wonder he found his way onto the hit show, The Hustle.

Going from being on nationalized television to feeling like he didn’t know his sound was exactly what happened after he made his TV debut. Once he was done, he took a break to find himself and redetermine his sound. “For those six months [after the show], I forgot that I was an artist, I forgot I was a rap artist. I started chilling with different people, I started appreciating different sounds,” Manu shares.

In this time, he became the Manu WorldStar who stunned the country and made people move with “Nalingi”. After Nalingi, Manu’s life took off and he released his debut EP, Young African Story in 2019. While it was well received, it wasn’t as momentous as he would have expected, but life was good. The money was fast, and the dream of being a performing artist was actualized, so it seemed only right to make music about this part of his life. However, this music wasn’t necessarily worth releasing at the time… at least that’s what his girlfriend helped him to understand.

“My partner, my girl was very instrumental in [MOLIMO]. I can definitely say that. She was with me in the studio, she was with me when I was writing. She was telling me, “This works, this doesn’t work, how about you try this” because she’s very musically inclined, just like myself. I literally feel like she’s the female version of myself, you know. Like we think of the same melodies, we wanna write about the same thing, and she heard the songs that I was making [before], because right when I was done with that [fast living] phase, I met her.”

It was her candor about what she thought of his music that made him question what he was making music about. He posed the same questions to his team and they too reinforced that the music wasn’t his best.

“Maybe I need to live a little bit more,” he said at the time, “and that’s what we did,” he explains today. In reconnecting with his heritage, MOLIMO is a type of ode to his culture and the dream he had just after he turned 18, about being a musician. A dream he fought hard for, and thankfully succeeded in achieving.

However, MOLIMO is equally an acknowledgment of the toughest few years of Manu WorldStar’s life just after high school. Like any parent, the music industry, at first glance is not the most comforting idea for a child’s future.

“I used to get into trouble with my parents a lot because of music, A LOT. They kind of like, they really did ban me from making music in high school phases, you know what I’m saying. They wanted me to focus on school, go to choir, and then “we’ll see about music”. With them saying that, it was them trying to take the passion away from me, you know, and it stayed there. When I was 18 is when I sat my parents down, and that was the first…I think that was the first moment…manly moment, that I had. When i didn’t care what they thought was right or wrong, I wanted to let them know that “I’m doing this because this is my life. And one day, God forbid, one day when you are not on this Earth, I will have to stay and stick with the decisions that I made”.”

From that moment, Manu WorldStar’s relationship with his parents set the tone for the worst two years of his adult life. Around the same time, he began rebelling; pursuing his dream, but also acting in ways that were arguably reckless. He attributes this to late exploration and character development, so begins his relationship with weed. In “Celebrate” he apologizes to his mother for a court case, more specifically his arrest for possession of marijuana. The moment his mother saw him in a jail cell is a day he’ll never get out of his mind.

To clear his record, he was remanded to rehab and had to report back that he had completed his program. That moment changed his life and brought him and his parents closer. As an artist, he’s been able to write about his mistakes and create good music and relate better to his listeners. “I want to show people that, yeah, I was also that type of reckless child that you were, I was doing the stuff that I wasn’t supposed to be doing, but I learned from it and I made it out.”

For many people, having a hit song that does well on radio isn’t enough to confirm their place in any music industry. For Manu WorldStar, the first time he felt like being in the music industry would work was his time on The Hustle. The second was his hit single, “Nalingi”. After this, however, Young African Story not doing as well as he expected bred comments around him being a one-hit wonder. Where he could have stayed in a funk, he sought out his next musical frontier; which leads us to the third moment where he felt his place was certain in the music business, MOLIMO. With this project, he’s been able to collaborate with artists he’s looked up to musically and sought inspiration from.

Like any other artist, Manu WorldStar hopes to see the world and perform his sound across the biggest of stages. Additionally, he goes on to share that while there is stigma surrounding awards, he does hope to win awards at the SAMAs and one day, the BET Awards. His dream is to collaborate across the world, throwing out names like Burna Boy and Jorja Smith as artists on his vision board.

Outside of performing music, however, he hopes to be able to create a company to represent young, songwriting, individuals to create songs for other artists. “I am a songwriter, I know how to write for other people, I know how to put myself in other people’s shoes, and create a three-minute musical experience,” he explains with a confidence that only inner-peace and trusting your own strength can elicit.

Manu WorldStar sees himself as a global artist and thankfully he’s being supported by his team and through his corporate relationships in achieving this. For example, Apple Music presented him as the Africa Rising artist of September 2020 and had an interview on The Nadeska Show. Thus, in close, where Manu WorldStar is concerned, his rise to stardom and musical success is one of the many ways in which God is opening up the heavens to let the fires come down in blessing of his future and life to come, as he proclaims on MOLIMO. 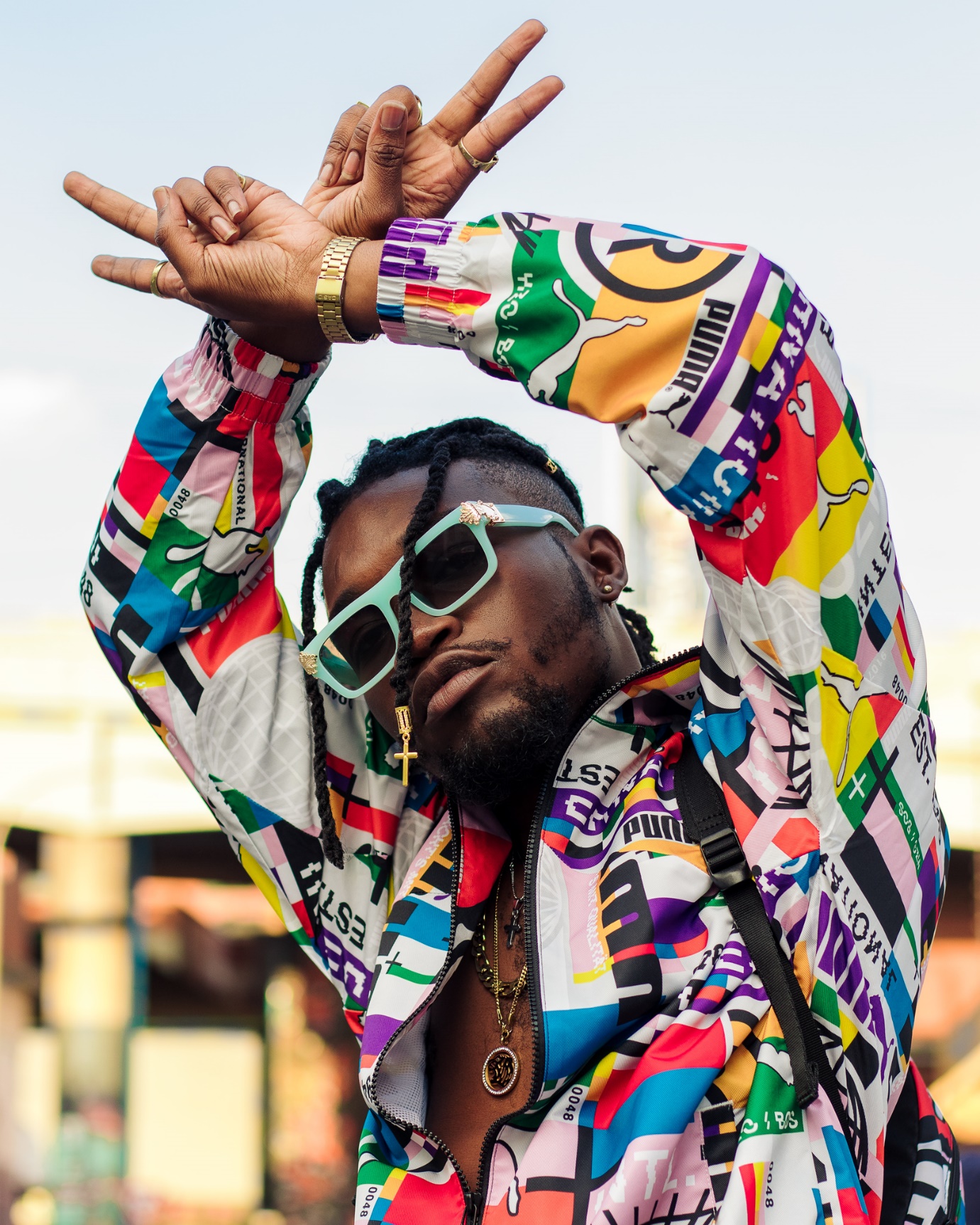 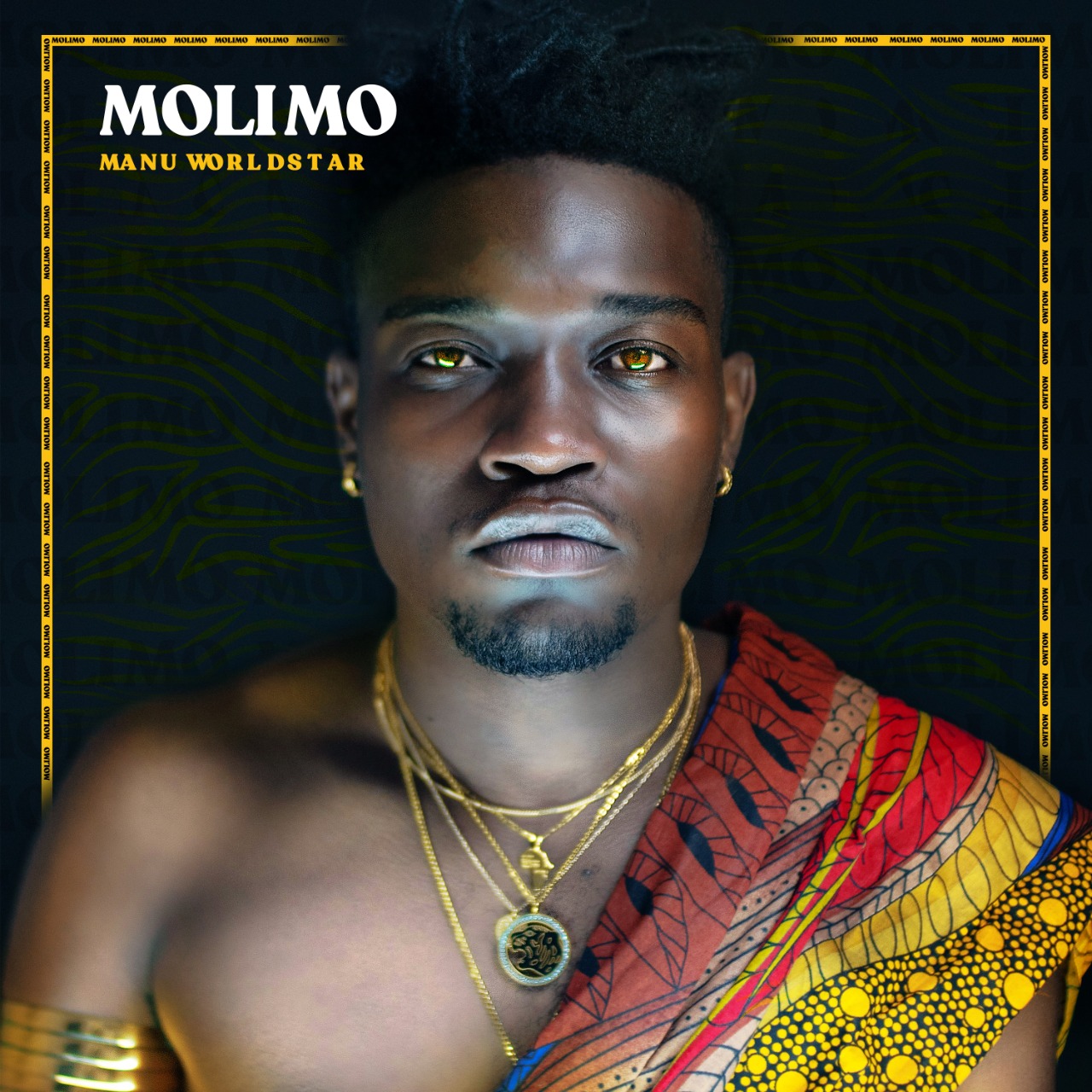 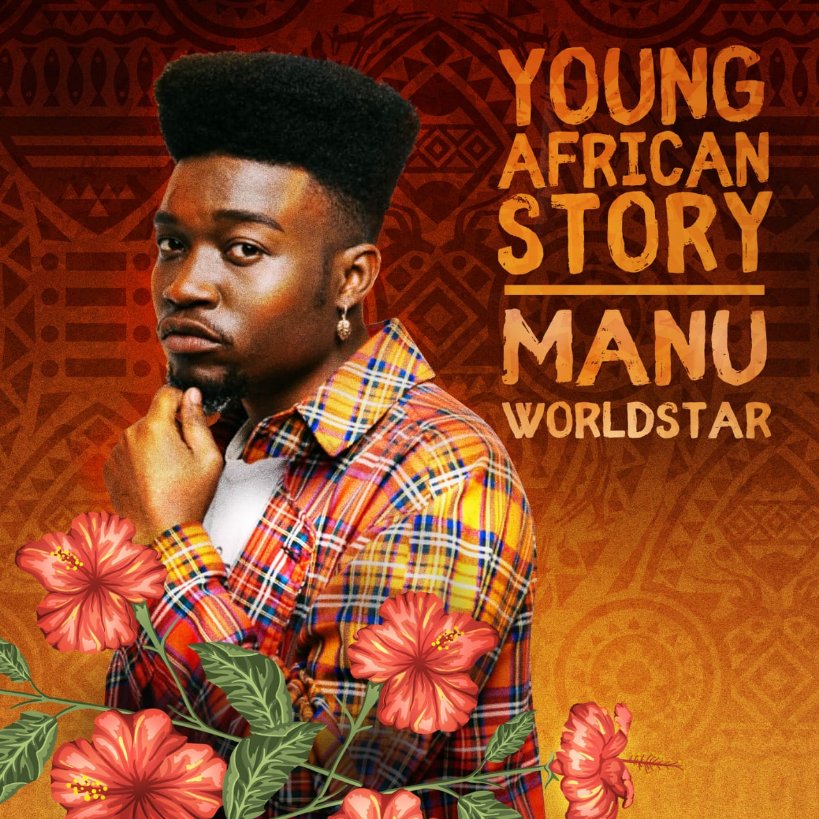