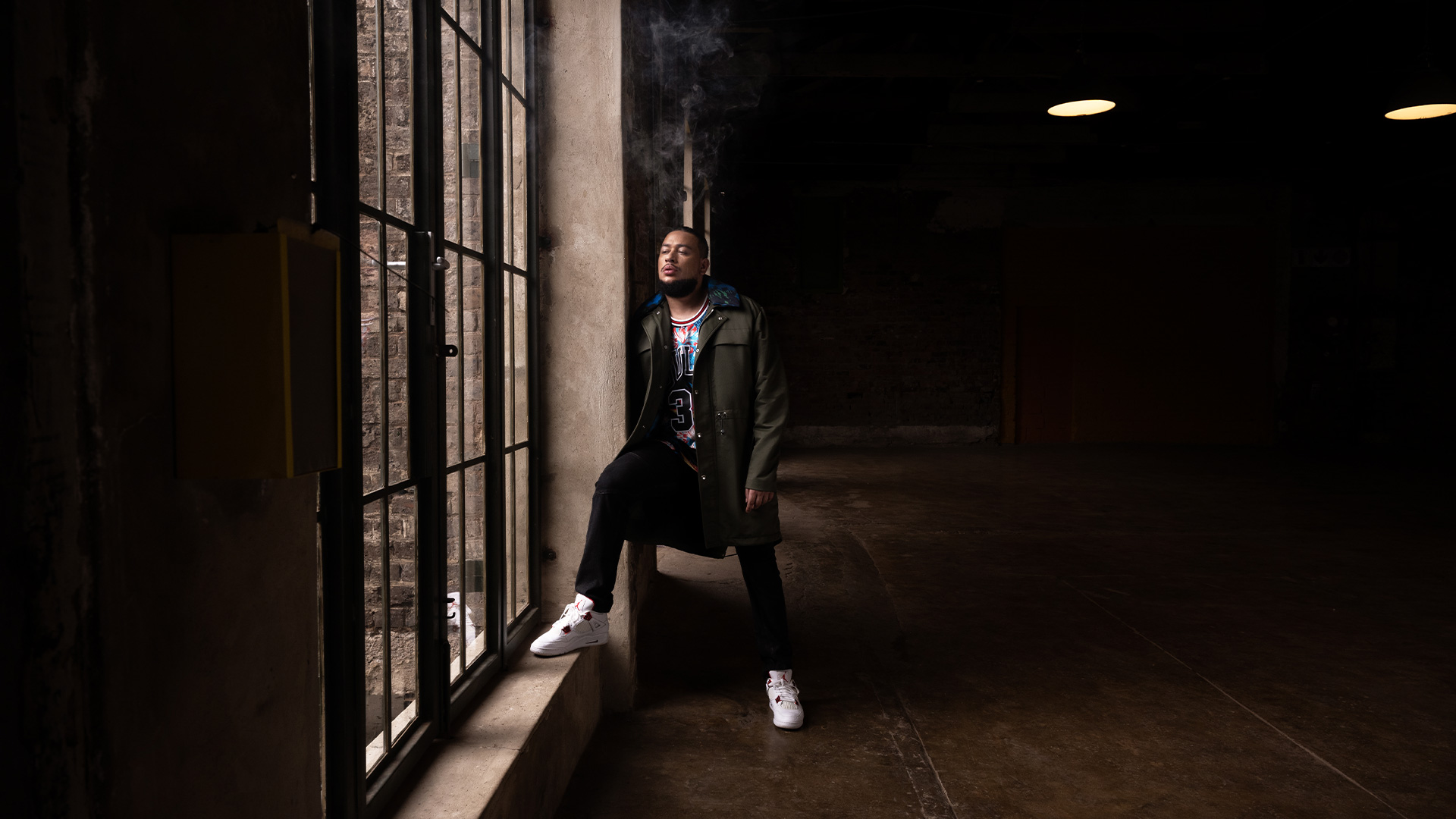 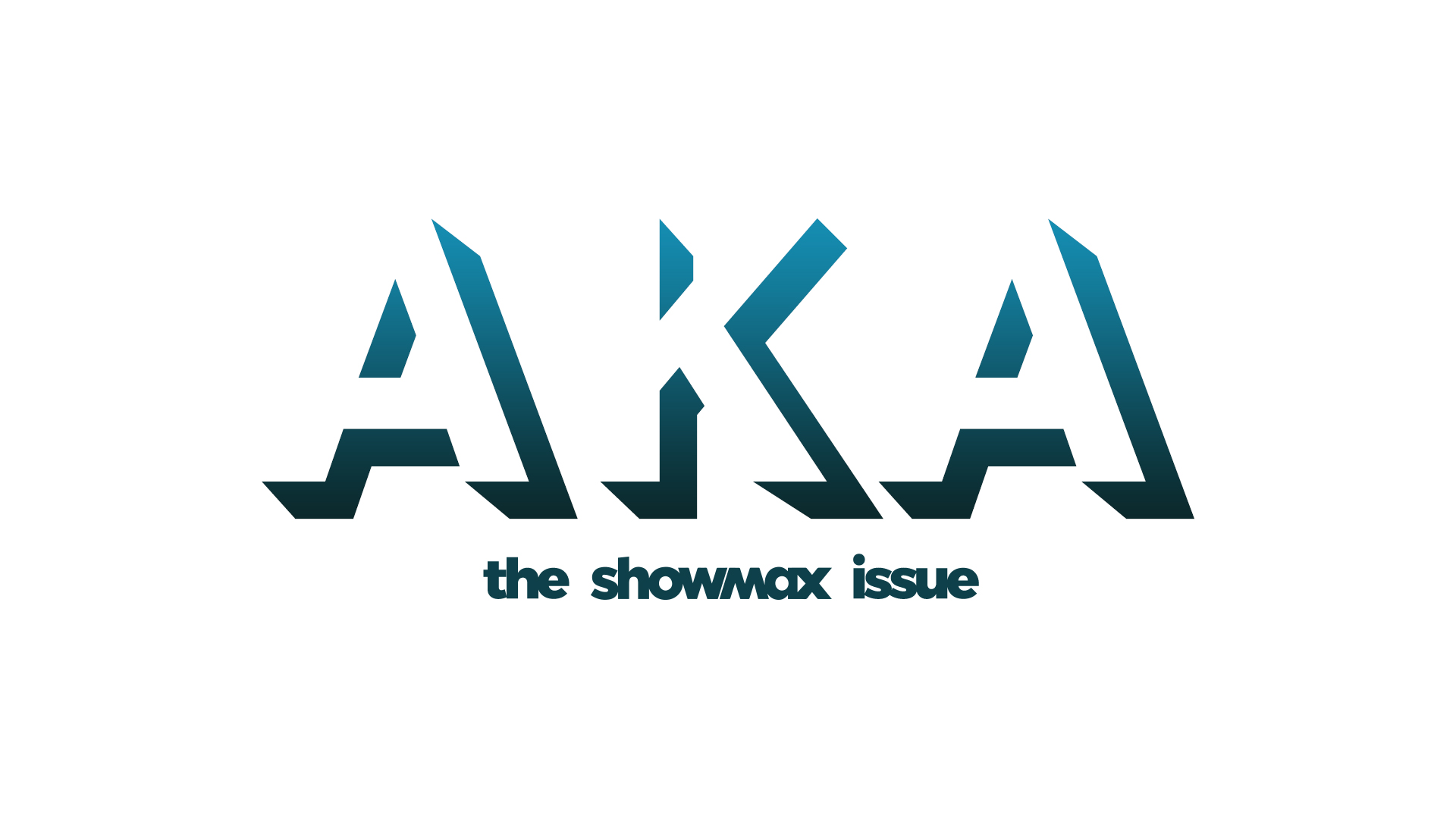 Kiernan Forbes begins his Showmax documentary, Orchestra on the Square, saying “Excellence to me is a mind state. The gift that I’ve been given, I believe is a gift from God, and God is the perfect example of excellence. God is excellence. And I consider myself the god of the game.”

In Greek mythology extreme pride is seen as defiance towards the Gods; the hubris that brings forth nemesis. As the word’s connotation changed over time, Britannica notes hubris as the “overweening presumption that leads a person to disregard the divinely fixed limits on human action in an ordered cosmos.” For AKA, he leans into hubris; it’s the state of mind that delivers excellence in all that he pursues.

In a career that’s spanned over a decade, and with public interaction that’s run the gauntlet of human emotion, everyone has an opinion on AKA. Introduced to us as one-third of the group Entity, we’ve seen him grow – literally and figuratively – from the lanky teenager sharing the stage with his friends to the superstar that has settled into his thirties. Where public opinion on the personality can land anywhere between amusing to arrogant, the label I’m most comfortable with in description of the star is certain; certain of himself, his talent, and who he wants to be in the world.

His arrival on set for the cover shoot is nothing short of the grandeur we’ve come to know him for. His management seek me out to let me know that he’s five minutes away, then two minutes way, and finally that he’s about to take the corner. He pulls up with a fleet of vehicles and personal entourage in tow; his brother, road manager, personal photographer, and management making up the numbers. As he steps out of the car to greet us, his tall frame and demeanour isn’t the only thing that overwhelms the set on the day; that certainty, that star power is palpable in the different rooms as he moves through them.

Jabu “Rich Mahog” Nkabinde notes in the doccie, “It’s not easy to work with an artist like Kiernan Forbes. Anyone in the game will tell you that. He’s a very tough customer to work with, but he perfects his craft.”

As we sit for the interview, I mention to him that he’s actually never given an interview to me before, choosing to write out his own essay to accompany the last cover he’d done with The Plug in 2017. His response? “I think it’s important to control your whole narrative, you know? Tell a story of yourself. There’s nobody better to tell it than yourself.”

His stage name lending itself to reinvention, he’s added another descriptor to the AKAs that make up the artist, that of filmmaker. He’s disregarded another limit on what his artistry should be and In telling his own story, he’s leaned toward long-form documentary and video in controlling the narrative of AKA.

“Capturing your life on film is what you’re going to look back on when it’s all over, as they like to say in showbiz. So, capturing it on film is a living testament to the things that you’ve done, the places that you’ve been, experiences that you’ve gone through, and you can kind of look at yourself like ‘this is who I was at this or that specific time in my life.’ And for me, that extends hugely to music and performance. You know, music lives forever, film lives forever. You put them together and you have something that lives forever ever, forever ever.” The Andre 3000 reference (and soprano infliction in his voice as he says it) reinforces his positioning on timeless art.

“So, you know, I think it’s very important, also with Orchestra [on the Square], to do something like that, to step out the box and try and do something that you’ve never done before personally. You want to record that, and you want people to see it, and you want people who weren’t able to be there to feel like shit, like ‘I wish I was there.’ And maybe in future, you want to watch it and feel like, ‘Oh, I wish I could be there again.’

Beginning his career in high school with Entity, the group disbanded, and he joined production collective IV League with Buks and Kamza. His solo career, however, kicked off in 2009 with the release of three singles “In My Walk”, “I Do” and “Mistakes”. He went on to release his mixtape 24/7/366, three solo albums, a joint album with Anatii, and his latest EP, Bhovamania. Marking ten years of his solo career in 2019, celebrating it took the form of a show unlike any he’d done before, Orchestra on the Square.

“Have you ever heard an orchestra play gqom?” he asks in the doccie. Can’t say I have. He tells me later, “I wanted to hear my music in accompaniment with classical instruments. I feel like when it comes to the bougiest idea of what something classic is, I mean hey, they even call the genre classic. Classical music. Imagine that? Who you told you it’s classic? You know what I’m saying?” He laughs. 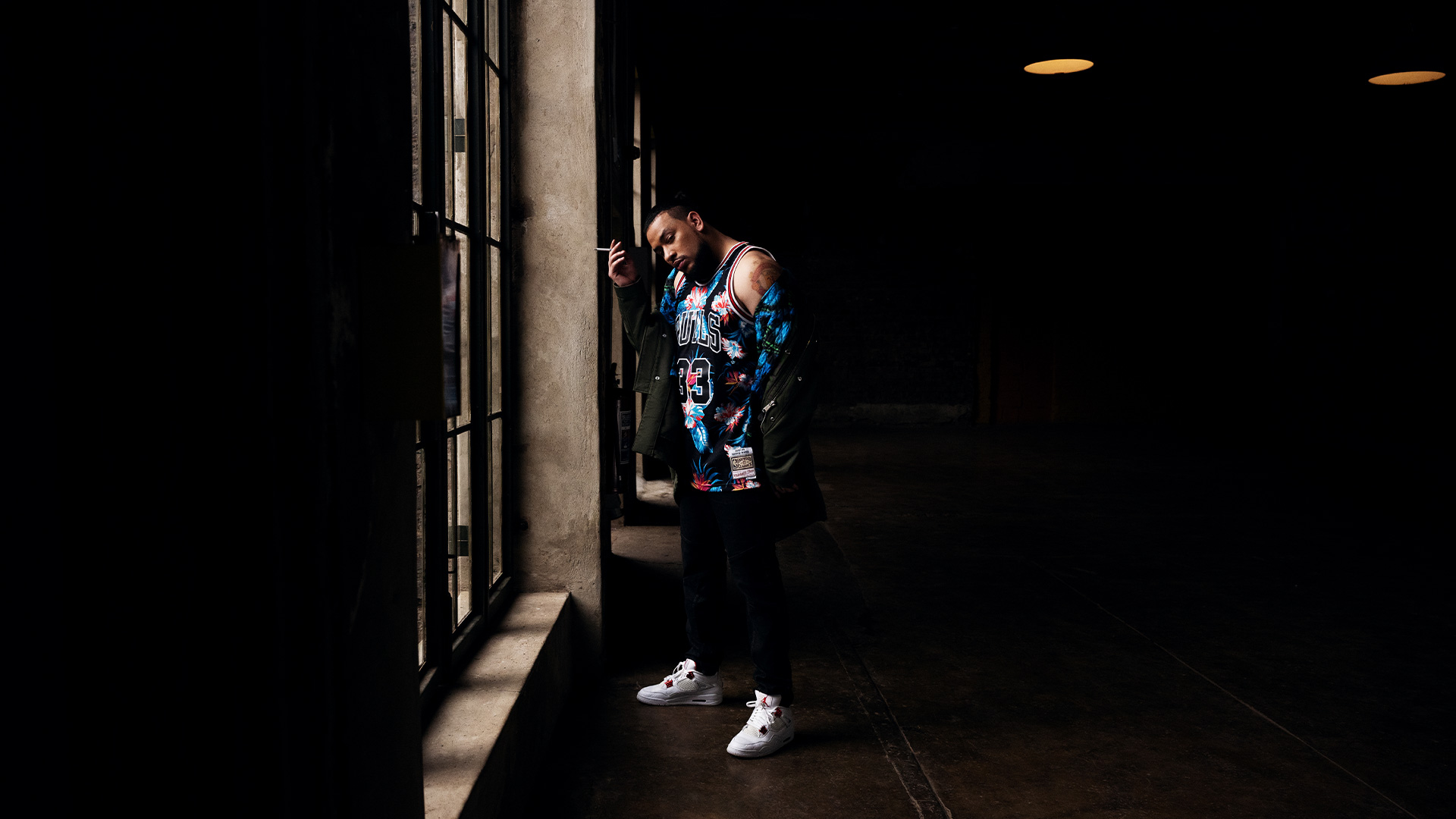 Releasing the documentary over a year and a half later, it’s a retrospective of his life and the work that took place in the weeks leading up to the show, opening us up to a side of the artist that we haven’t seen too much of. He says in the documentary, “Being who I’m supposed to be as AKA is the dealing with the public and being some sort of a public figure. It’s never come natural to me; it’s never been easy for me. I could’ve handled negativity better. But I think it’s part of my story. I think it’s part of the story of growth, it’s part of the story of going from a boy to a man.”

Because his life has been the subject of public interest since his teenage years, the growing pains that an ordinary person has the privacy of moving through were up on the jumbotron of scrutiny for an artist of his infamy.

Asked about some of his mistakes he’s made in this journey, he says “It’s not a regret either because, you know, if you regret it, it means like, ‘I wish I never did that.’ But for me to get to this point, I had to have learned those lessons. I had to make mistakes. And some of the mistakes I made for me are not learning how to manage money properly earlier, or like not signing this contract or that contract. Those are really the things I’m like in future, I want a different outcome for myself. I don’t really spend time like, ‘Oh, I really regret doing this.’ You know, there’s a lot of things maybe people won’t agree with, but it got me to where I am today. And as I sit in front of you here today, all the decisions that I made, I am a sum of all of those decisions.”

During the documentary, we also see him working on, what at the time was unreleased music, but we’ve now come to know as the Bhovamania EP. His most polarizing project of work to date, he recorded the bulk of it during lockdown. “I feel like, once again, you work your whole career to get to a point where you can do conceptual things.”

He adds, “So I’m also feeling like, well, the world is like upside down. I might as well turn my music upside down as well. And try and have as much fun, jiggy shit, love songs, theme music, you know? And kind of do something that… ‘Cause I’m stuck in here with this laptop. What the f*ck else I got to do but make music?”

Asked about how much of the production he handled on the project, he says, “Everything. I’ve always… I’d like to say I produced every single song I’ve ever made. Have I made the beat? No. Do you get what I’m saying? There’s a difference between making beats and being a producer. And if you think about it like that, I’ve produced every single song that I’ve ever made. If you think about it like that, I’ve kind of edited or directed every video I’ve ever made. Do you know what I’m saying? In terms of being involved in the process. But this one specifically, I had a really good time actually letting other people make the beats, sending me stuff. Cause you know, it’s lockdown so you couldn’t really see people. But for me later on just like chopping stuff, changing it, putting my own little thing in there, making my own little dessert for myself to eat.”

His latest single release is that of “Finessin’” which features his fiancé, Nelli Tembe, on the hook. I mention that he’s always put his love and relationships on wax, to which he replies, “Because relationships and love is a huge part of my life, anybody’s life. And it’s the thing that you feel the strongest about most of the time, whether it’s in love or out of love and you feel passionate about it. So it’s impossible to keep that from spilling into the music. It has to spill into the music. Everything that’s going on in my life spills into the music and you can tell from the music what place I’m at. The music should always be a mirror as to what I’m going through, how I feel. And that’s just that. I’m a lover boy, certified lover boy, dropping this year.” He laughs. 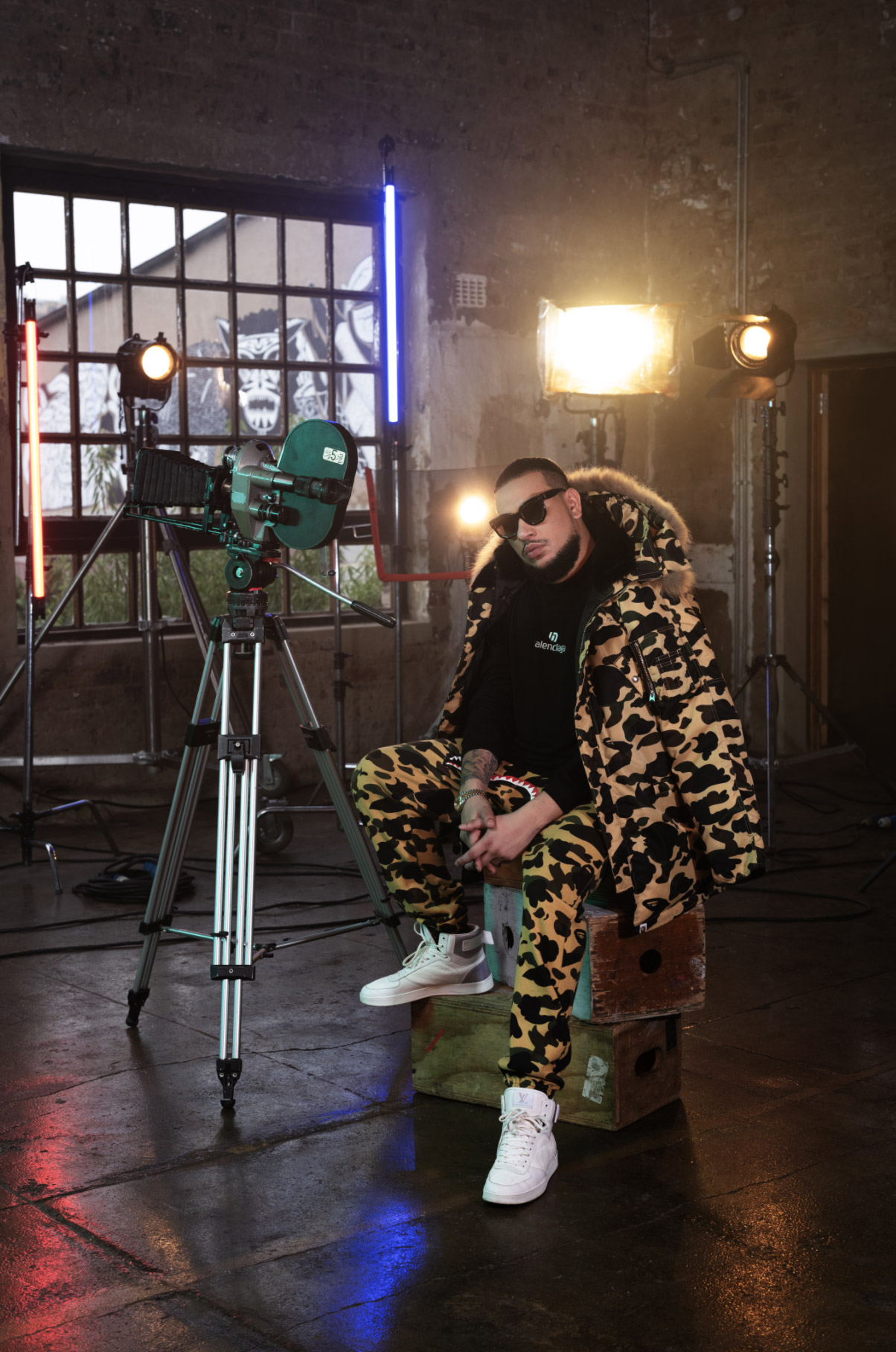 There’s a lot to be said for timestamping your life through your art. Whether it be in the music or through other art forms, having an archive of work that shows an artist through the different stages of their life is an important part of developing the creative culture of the country. AKA has made the most of the community he’s grown by delving into various creative pursuits at a time when artists don’t have the buffer of performance cheques to rely on.

He’s branched into technological pursuits via his app, branched into film pursuits with the release of his documentary, and is looking to extend the brand of AKA even further. On how important it is to work with partners like Showmax to give him a leg up in representing the brand of AKA, he says, “I think something like Showmax is very important because it allows people to consume our product in a very jiggy and prestigious and clean and prime way. It’s very important for people to have premium content that is local. From Africa, from the continent, from South Africa. I think it’s very important for people to see us in that light, for our own people to see us in that light, and that is what a platform like Showmax provides.”

On what strengthens him as an artist, he says, “The belief that every day is a day and an opportunity for me to exercise my God-given talents that God gave me. For me to honour that gift by doing better than I did before, pushing myself to further boundaries. Being more inventive, more creative, doing more, bigger, better.” 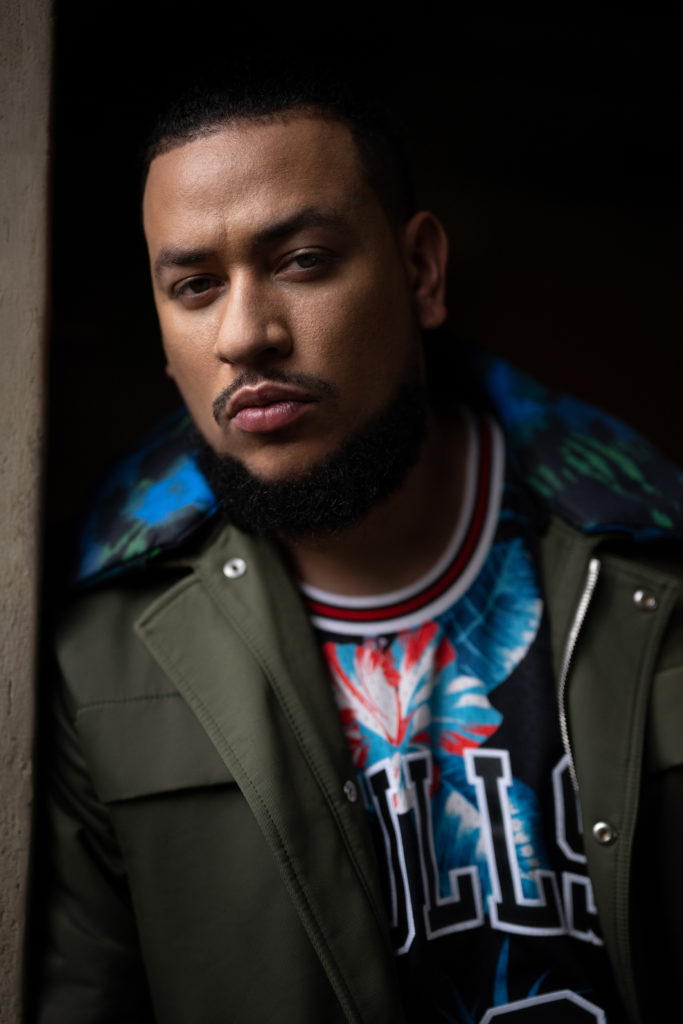 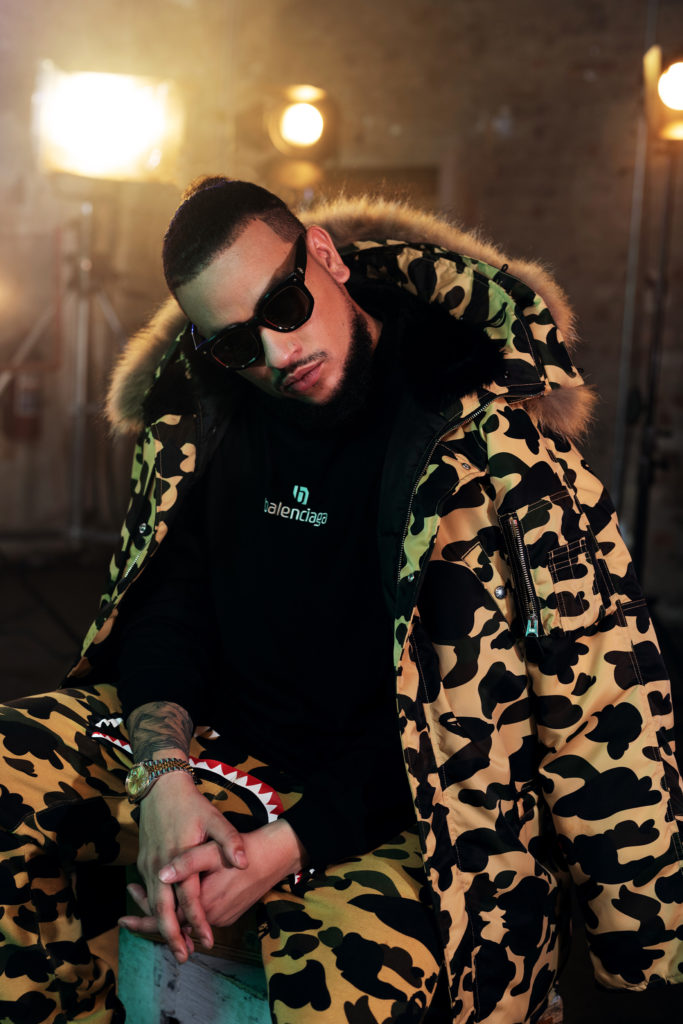 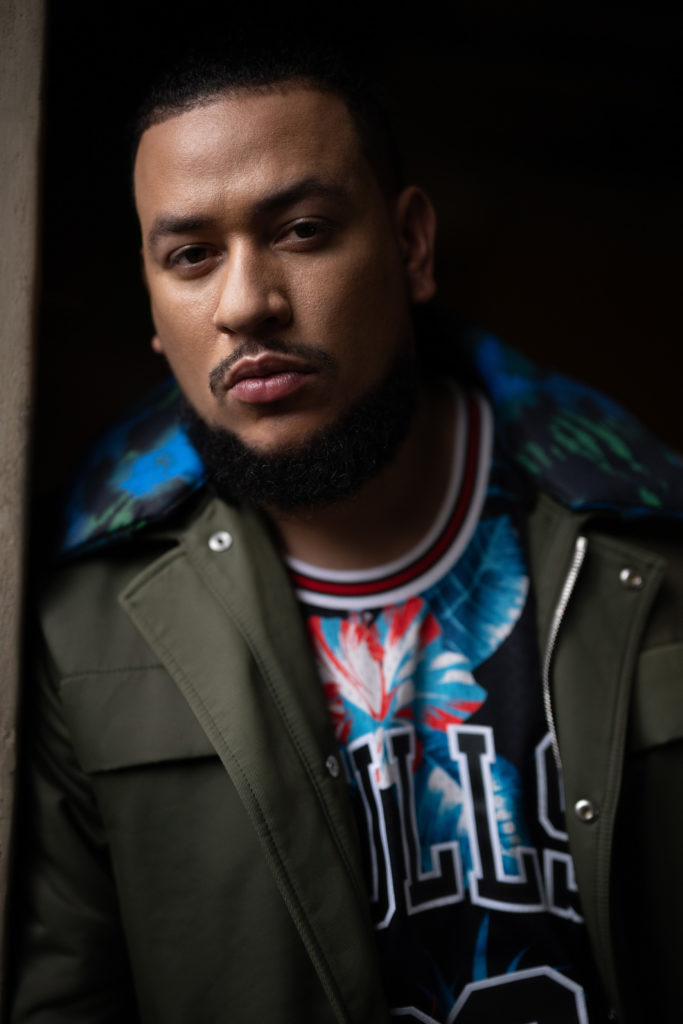 For a look at what made AKA the artist he is today you can stream the two-part ‘Orchestra on the Square’ series on Showmax here.

His latest project, Bhovamania, can also be found here. 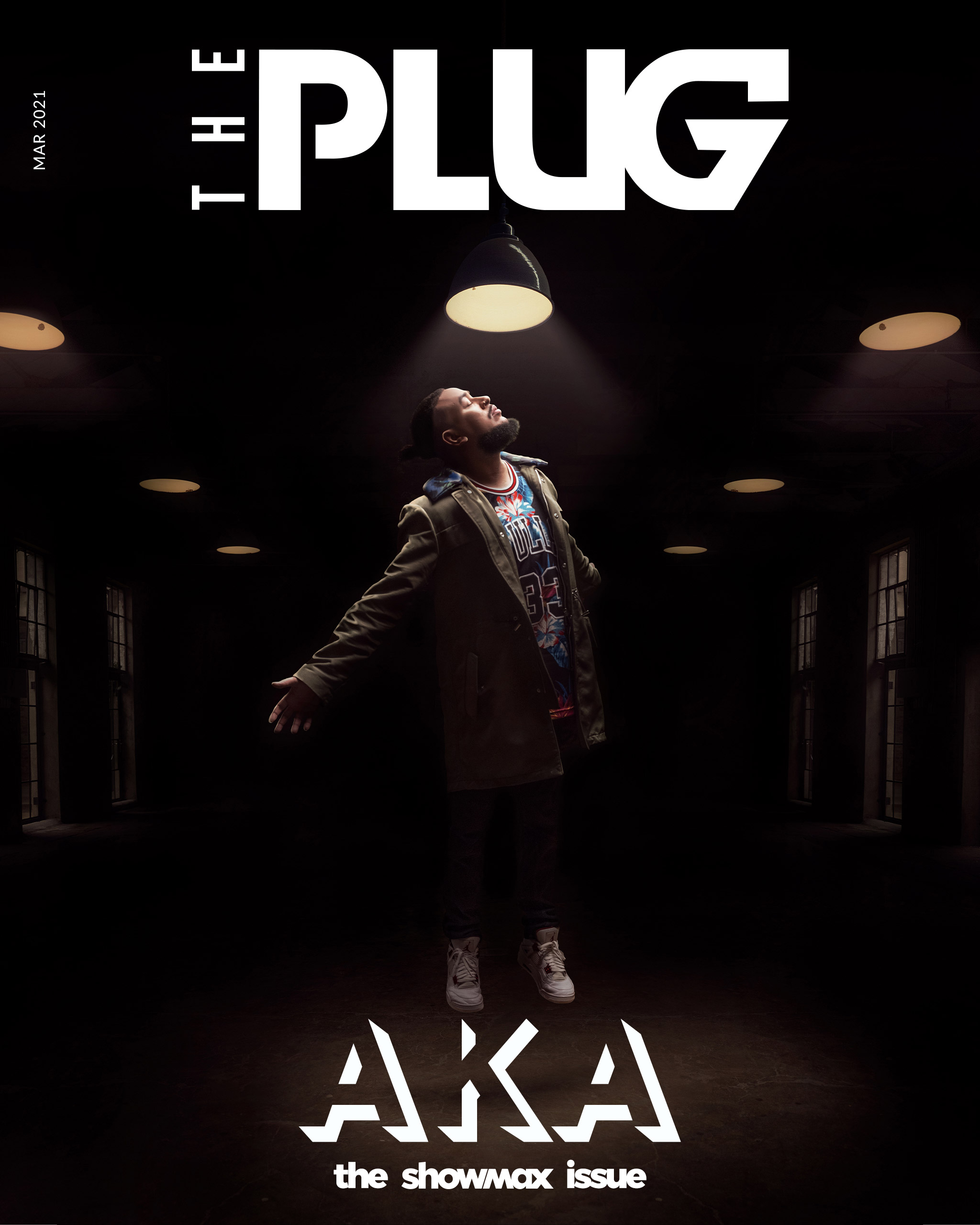