Kwesta once again proved himself as one of the most innovative figureheads in the music industry when he hosted a spontaneous Drop Party to premier four new music videos of which he featured in two.

First to premier was TLT’s Nice Life Problems, a unique fusion of Hip Hop, Mbaqanga and African Jazz elements. Kwesta’s Ngiyaz’fela Ngawe ft Thabsie followed which, together with Thabsie’s soulful vocal melodies, revealed a captivating emotional side of Kwesta. The video will be released to the public on February 24th on Vevo along with Mfazi We Phepha the latest offering by Kid X ft Nota, Mashabuqe & Yanga.

Finally the night culminated in one exciting music video, of Makwa 6eats’ already chart topping single iNamba. This time showing he is more than a producer by rapping alongside label mates Kwesta, Kid X and TLT.

Not only were guests the first to see the exclusive video drops, but also able to experience each song through a live performance.

“This premiere was a challenge I set for myself – to release a collection of music that was out-of-the box and could create unforgettable moments. I’m proud of these videos and that I got an opportunity to put a spin on things by collaborating with my friends. Hopefully this will encourage other people to do the same and so create their own memorable moments,” says Kwesta.

Lauded as one of SA’s foremost Hip Hop artists, best known for his smash hit Ngud ft. Cassper Nyovest which earned him Best Song Award at the SAHHA’s and over 3.5 million views on Youtube, it was no surprise that the event was well attended by industry A-listers including Riky Rick, Yanga, Heavy K, Ms Cosmo, Butle, K2 and Mobi Dixon to name a few.

The night also revealed Kwesta as the first of five bold, brave and authentic artists, hand-picked to join the Red Heart Rum Crew, all of whom will be announced on February 20th. 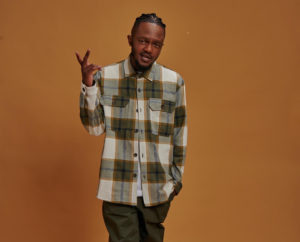