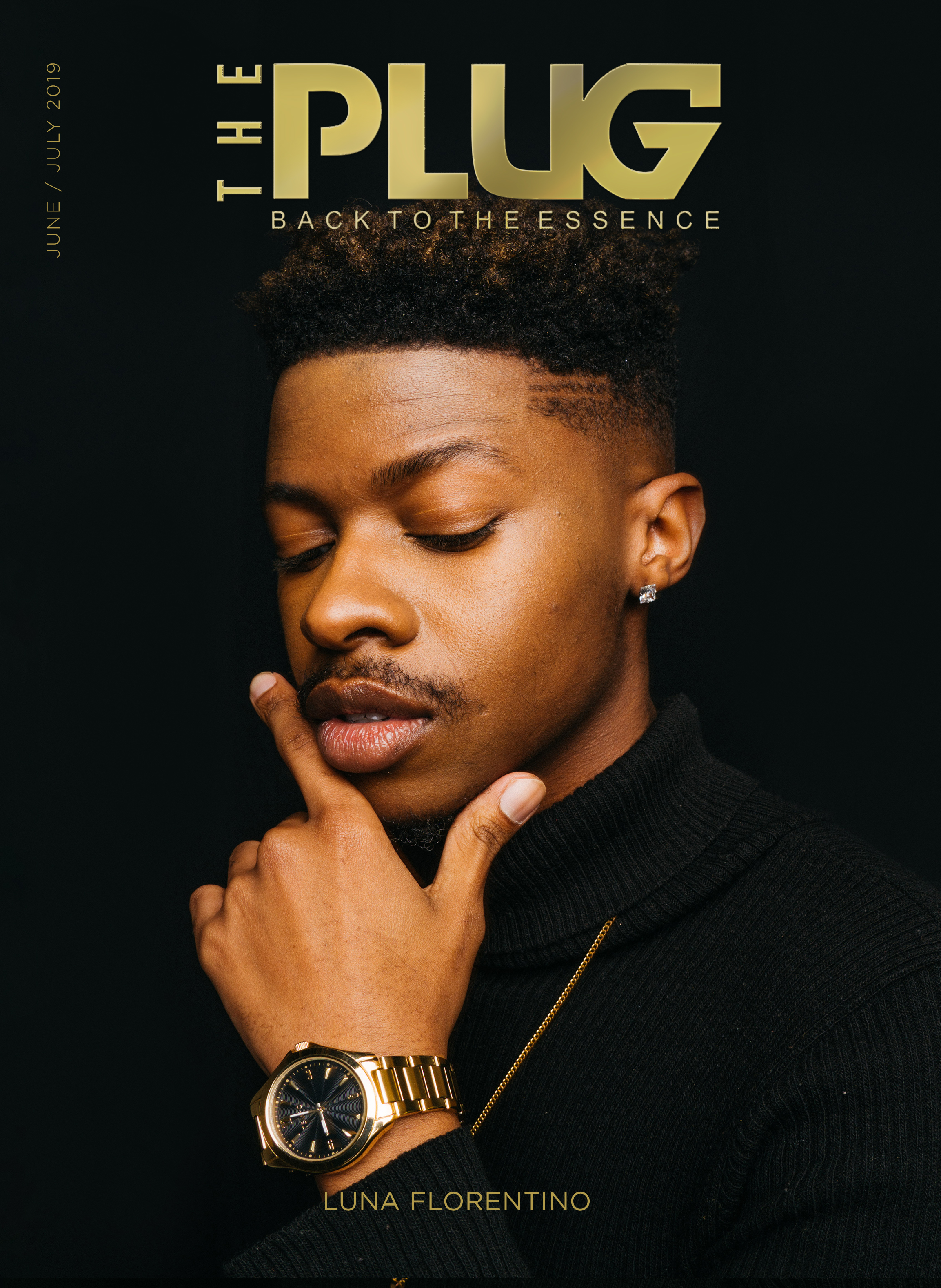 Luna Florentino excites me. Whether its listening to him freestyle around words that Queen Azizzar throws out at him during a Massiv Metro interview, or taking in Fresh Prince of Rustenburg one song/week at a time; there’s an ease around the mic that Koketso Ramafuthula embodies that’s difficult to ignore. Narrating his life story as it relates to hip hop, it becomes more and more evident how bound he is to the path he’s chosen and the lengths he’s willing to go to to make a success of it. I soon realise that his passion is the thing that translates, setting him apart from his contemporaries.

The story of the journey to the big city to follow your dreams isn’t all that uncommon in creative pursuits. With the South African concentration of artistic wheel-turning in Johannesburg, it’s more often than not a necessity. Luna’s didn’t end with him swallowed up by the big city lights, his story sees him working relentlessly to make a name for himself eGoli and put his city on his back with the title of his last project, Fresh Prince of Rustenburg.

The story goes that his cousins would come back from Pretoria during the holidays with fresh house music compilations to listen to, as Pretoria is known for. This particular holiday saw the CD-R filled with Eminem songs and the love for the genre was born. “I think I was probably doing grade 2, grade 3, when I came across Eminem stuff. From there, I started listening to the whole of D12, got introduced to guys like Obie Trice, Stat Quo, and then Dr. Dre, Snoop Dogg, 50 cent… And then from there it just spread.”

Really difficult to imagine an eight year old enveloped in the vulgarity – both in vocabulary and content – of Eminem albums, it was the intricacy of the storytelling that drew him to the genre. “At the time I was doing it because it was fun, and it was a way for me to express myself without having to… ‘Cause, like, I’m an Aquarius, you check? And one of our things is that we don’t really know how to express our feelings well. But I always figured that I could do it through music. So it started out as a means of self-expression and then I decided to continue and pursue it.”

He began recording songs as long as 32 minutes into his phone. 32 minutes of mumbling without saying much turned into more structured verses when a cousin used Dr. Dre’s “Still D.R.E” as a case study on how verses and rhymes are formatted. Born in the province that birthed motswako, the natural assumption might be that his artistry might lean that way. Laying his foundation in the classics, however, felt like an easier progression to the artist he is today.

“I’ve been asked why I don’t do motswako. For me, I just feel like it’s not my strength. There have been people that have done that and they’ve killed it. So for me to go and do that, I have to either do it better than them or don’t do it at all. If I’m gonna go and do motswako, I have to outdo them otherwise I’m just gonna dilute what they’ve done while neglecting whatever I’m good at, where my strong point is.”

Putting on for his city and province comes in different forms. Very vocal about his Rustenburg roots, he says “If what I’m doing is not uplifting people from where I’m from, then I’m doing it the wrong way. You don’t wanna alienate your hometown. I figured that if I embody that and drop a mixtape, put the city on my title, put the city on my back basically, we could really push it forward and bring more opportunity to the city for the kids that are still there. The whole point is for us to bring it back home.”

His hometown threw their support behind him from back when he was distributing his songs through BBM and Bluetooth sharing while sitting in class. “And how I used to finesse it was that I knew that people had lift clubs, an in those lift clubs were kids from other schools. So if I gave at least two or three kids in the same lift club my music, they’re gonna spread it to at least two or three kids in that car, and those kids are probably gonna be from other schools, then those kids are gonna spread it to their schools. That’s how my music spread in Rustenburg but it literally started through platforms like BBM. And I remember we used to export our songs below 6MB, because if it was over 6MB you can’t send to anybody. So that’s literally how we were rolling out everything. Export it as 5MB and then spam people; just ping people, send it through, and that’s how it spread.”

Making it in Joburg was an exercise in dogged determination. “I had to be aggressive; I had to approach people, I had to get into the networking space, I had to go to the parties, go to the events, try and get in backstage, try to get into certain VIP sections so I can make certain power moves.”

Considering that Manu and Dee had entered The Hustle for the PR value attached to a talent show of that nature, I asked why he hadn’t attempted to get onto the show as well. “I submitted my shit for The Hustle twice. They gave me bat.” Knowing that his friends were in the house and the kind of exposure they would get from the association, he milked it for all he could.

“What they got from The Hustle was a lot of PR. So whenever we went to events, they would be able to get interviews. So I would just vy with them and act like I was in The Hustle so I can get in the interview and then finesse it. I snuck onto a coupla interviews, I remember coming out with a Vuzu interview with Nomuzi… I positioned myself strategically because I knew that the presenter was gonna stand in the middle with one rapper on the right and one rapper on the left. So I made sure that I stood next to her because the main guys that she was interviewing was Manu and Dee, but the mic was gonna keep passing by me and I’m gonna be in the shot all the time and she’s gonna be forced to ask me a question.” And that, ladies and gents, is the story of how Luna finessed an interview out of Nomuzi Mabena and Vuzu TV.

It’s that same hustle and determination that made him seek a different route when releasing his music. After noticing that his first tape – Florentino Mariachi – got an average response from his listenership, he decided that he would switch things up with Fresh Prince of Rustenburg. “I wanted people to take their time with it, I didn’t people to just consume it the way they were consuming everything else, because the game changed rapidly. Previously, when you bought an album, you’re gonna sit and listen to the whole thing because you bought it, you have this CD now, you spent your money on it, you’re gonna listen to every song. You’re not just gonna skim through it, find that song that you like and that’s that. When people were making physical sales, albums had more attention. That’s why dropping a body of work made more sense like that, because nobody would skim through the tracks, and they would listen to the album until the CD got scratched. But in the streaming era, people are gonna skim through this shit, find what they like, fave what they like, and then probably not gonna go back to all the other stuff. And some stuff is not gonna hit you now, it’s gonna hit you later. So I figured if I gave every song a week, people would listen more, and my stats would come back differently, which it did.”

A long road from when he met Dee and Tony while they were performing together at church talent shows, he’s had a vision and a purpose for his career that he’s tried to execute at every turn that he could. A producer as well, under the alias The Urban Lunatik, his process of music creation was born out of necessity rather than luxury. Much like the mariachi that he’s aligned to in the titles of his work, pretty soon everybody will be dancing to Luna Florentino’s tune. 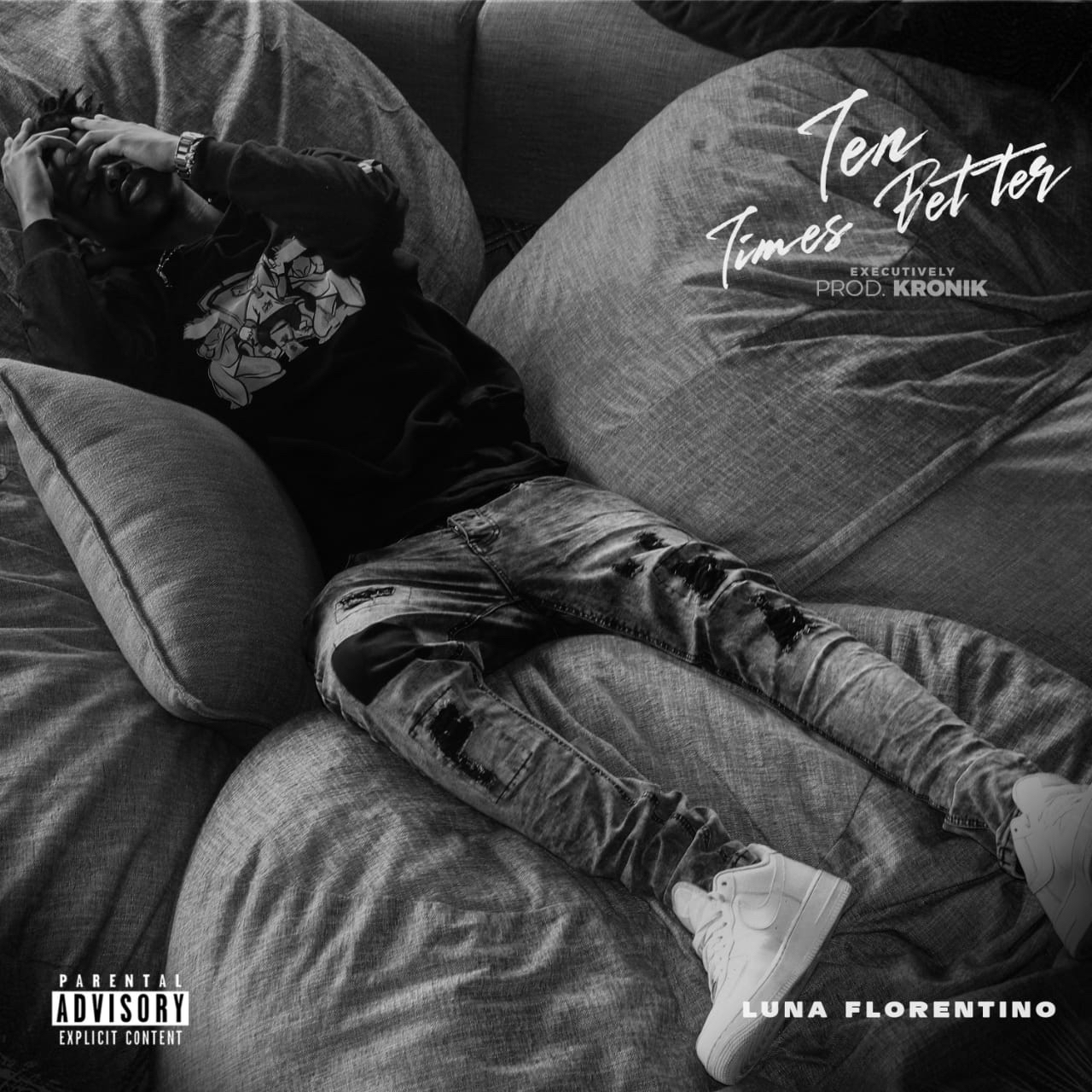 Luna Florentino drops a new single off his new EP, 10AM In Auckland Park