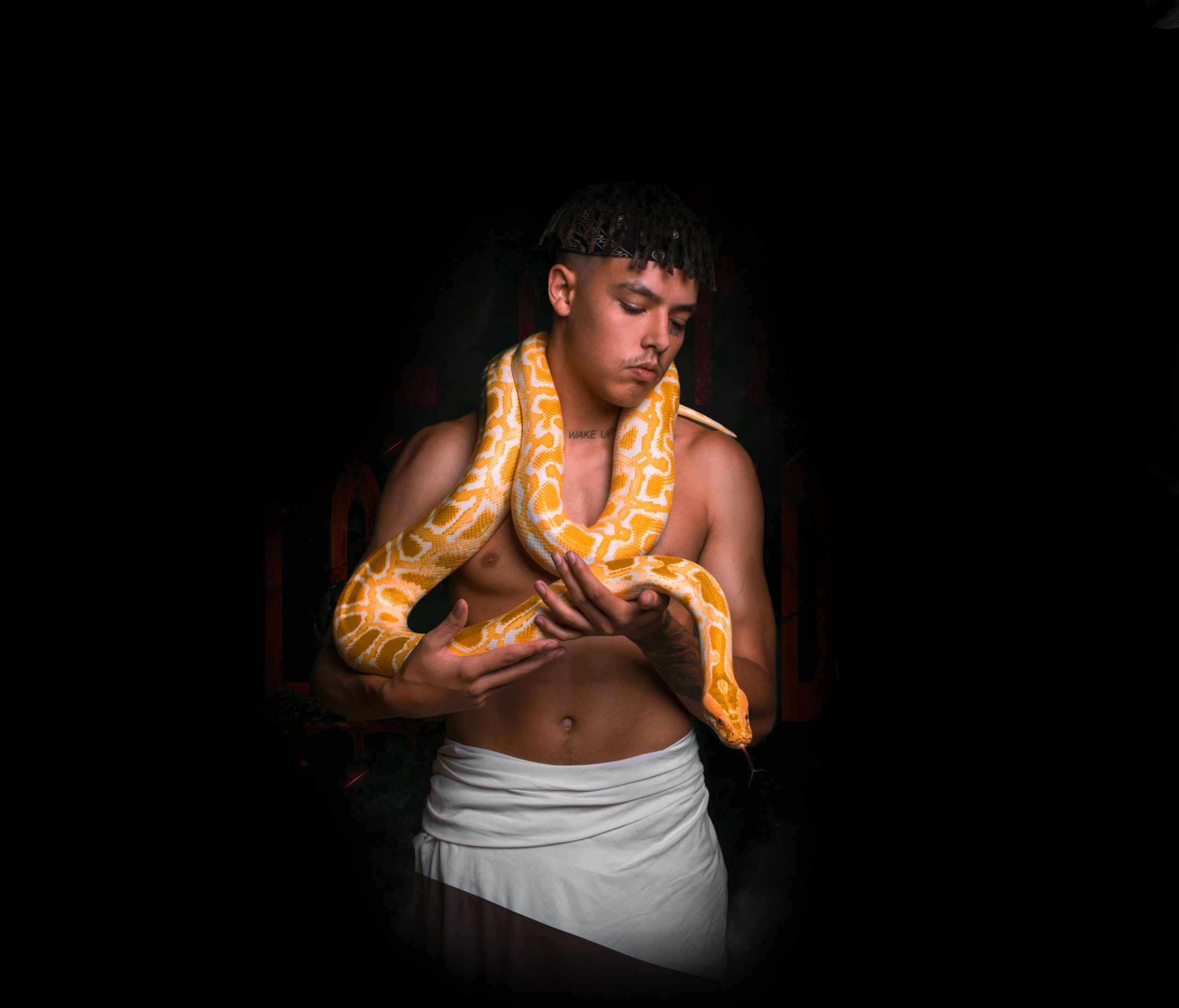 Molley And The Mountain: The Making Of An Album

Nobody expects a viral moment, it sort of just happens. Think back to Nicki Minaj’s Queen Radio episode that gave us the viral quote “TO FREEDOM”. Or more locally, recall J Molley’s first single on Soundcloud amassing over 10,000 streams in its first month. That was a viral moment that changed the rest of J Molley’s life and made a marked impact on the culture of new wave music in South Africa.

Like Molley’s 10,000+ streams to notoriety, COVID19 also made a marked impact on South Africa’s arts and entertainment sector. For J Molley, the pandemic meant forgoing making an album and accidentally getting marooned on a mountain in Swaziland. If you’ve followed Molley over the years, then stories of him in Swaziland come as no surprise. “I was trapped on a mountain,” he says of his experience in Swaziland this time around. “My manager has family there; Nav has an aunt there, she’s basically my family now. So we always used to go to Swaziland for a week or two for the past two years, just every now and then to get a break from Joburg…I used to be very spiritual, so I’d always go there, meditate, get my mind off stuff. Ground myself. Then we went there for three days for his brother’s baby shower. We went on a Friday and on Monday they announced lockdown…I couldn’t leave.”

Thankfully for him, just about a month before leaving for the border, Molley had begun to dabble more cohesively in producing music, not just writing lyrics. While he was out of the country, he honed in his production skills and got to work on what has become All Is Fair In Love & War. The 14-track project was primarily produced by J Molley while he was camped out in Swaziland. Initially, his intention was to come out strong with an album for 2020, but COVID had other plans. For Molley, the element of the album that he ended up shelving for 2021 was the album artwork of All Is Fair In Love & War.

“The symbolism behind the mixtape was sort of to do with these collective ideas we all have as humans; like we all have these collective symbols and ideas and concepts in our minds when we’re born. It’s like a collective knowledge that we’re all born with…the original concept behind that cover was for when I was going to do the album. I was going to call the album Aion, which is a book written by psychologist Carl Jung from the 19th century…Aion was a Greek god, I think the god of time…I was just very big on that whole collective unconscious idea that (name) presented.”

Of his beliefs and values, J Molley has always been on a path of self-discovery. Growing up in a Christian home, that was the first value system he was exposed to. Few may know, that J Molley was in fact a cell group youth leader for his church. “I was on fire for God” J Molley says of his beginnings in Christianity. However, by the time he came into manhood, he concluded that all he was taught to believe was baseless.

All Is Fair In Love & War sees J Molley wax about love, money, and emotional turmoil. Musicians have the power to open hearts and minds with their ability to put difficult emotions into words. For J Molley, doing that has become a cornerstone of his work and something that has strengthened the bond between him and his fans. Since he first started however, J Molley’s sound has changed and shifted, becoming more robust as he’s gotten more experimental with his production.

When he made his debut, Molley’s sound wasn’t as prevalent or considerably “standard” in the South African musical landscape. To this, and his overall relationship with South Africa as a musician, J Molley sets out to reach wide audiences, in and out of Mzansi.

“They’re still just very behind, in terms of a lot of things. Ideas and just music as well, so it’s good but I feel like there’s a lot of people you have to convince this side. But also, I don’t know if they can be convinced, so I don’t know, you know? It’s tricky this side, people just don’t see the vision…I’m talking about mostly artists and whatnot. Like, they just want to stay in South Africa, they don’t want to like, take over the world. They don’t see the bigger picture in that regard. They‘re just sticking to the same thing that south Africans like, like shooting a video in the hood or just the same music or speaking about the same thing that everyone in South Africa likes hearing.”

Throughout J Molley’s visual and musical presentation, he’s very clear about staying true to his personal journey and his lived experiences. On the back of a conversation about cultural appropriation in the music industry, for J Molley, staying true to his actual lived experience is part of what’s kept him out of that assessment. “Well I don’t feel like I speak about something that isn’t my life, so I don’t feel like that touches me,” he explains. “The only thing I get called out for in terms of appropriation is my hair, but I have a whole conversation for that one alone. So the whole dreadlock thing, people are just undereducated by it. They think it’s sort of like a black thing, or that black people are the first people that came up with it, or whatever. But it’s not true. The oldest people that they found having dreadlocks are Indians…my take is that they do say it is in India, we also know that Vikings had them, we also know that so many people had them. Back at that time, no one had social media, no one had plane tickets, they didn’t know they existed, these different people, everyone had this hair because it’s what naturally happens to your hair if you leave it…so all these different places from all around the world had them, they didn’t steal them clearly because there’s no way they could have, so what’s the big fuss?”

Outside of the meaning or perception of his look, amassing as much success as he has has made for an interesting run as a recording artist in South Africa. His success, however, doesn’t exempt him from the difficulties of real life or even music production. J Molley jokingly recalls incidents where he had to “sing for freedom” when friends of his would be stopped at roadblocks but officers would recognize him as their child’s favorite musician, call said child on their phone, and require J Molley sing or perform before letting him off. In other instances, however, because he’s well known, officers and folks in general are inclined to assume that J Molley is another wealthy white man. This element, not nearly as amusing as the thought of an artist having to perform over the phone for a cop’s child, but for J Molley being able to support his family is important. He wouldn’t describe his upbringing as one that was flush with cash, and while he isn’t necessarily balling to the degree of people’s expectations, he’s proud to be able to tend to his family financially. For him, on top of just being able to do what he loves, he’s been able to note the value of showing up for one’s family through music.

Rewarding as it is to be able to create something from nothing, it isn’t easy. Being stuck in Swaziland for a few months took a toll on Molley’s production. As much as honing in his production skills was enjoyable, or getting to a peaceful headspace, not being able to come back to South Africa was frustrating for the All Is Fair In Love & War maker. On completing the project, securing features and completing feature songs was the hardest part of making this project. “Securing features is always the hardest thing. Not to actually get them, to hit that person up about it is easy but for them to actually do it, it’s so hard,” he explains. He explained that because musicians aren’t always in the studio and that when they do go in to record it’s likely for their own projects, getting them to focus on feature requests isn’t always as smooth sailing as one might imagine. He references “On Camera” featuring Riky Rick and Frank Casino as the song he had to work hard at securing features for in light of this explanation.

However, making music isn’t all features and difficulty. “I made “Okay” a few days before I left [Swaziland], I was in a good mood. “Okay” was the funnest to make, also because I produced it,” he says with a look of relief. “I think my sound has been the same but I’ve definitely grown more versatile over the years,” he goes on. With this mixtape, J Molley sought to get into greater genres. This also translates to his on-stage connection with the music and his fans. Experimentation has been part of not only fine tuning his sound, but also his stage performances. Finding confidence on stage is a long process, but performing at functions for the kids is something he considers the best part of being a musician.

Like I said, you never know when you’re going to go viral, but if there’s one thing that is sure, those who rock with you in the beginning will continue to pour into you if you do the same for them. Reaching out to music listeners of all genres, consistently showing up for his fans, and countless other activities have endeared J Molley to his base, and maintained him as a great in South Africa’s new wave subculture.

Check out All Is Fair In Love And War below. 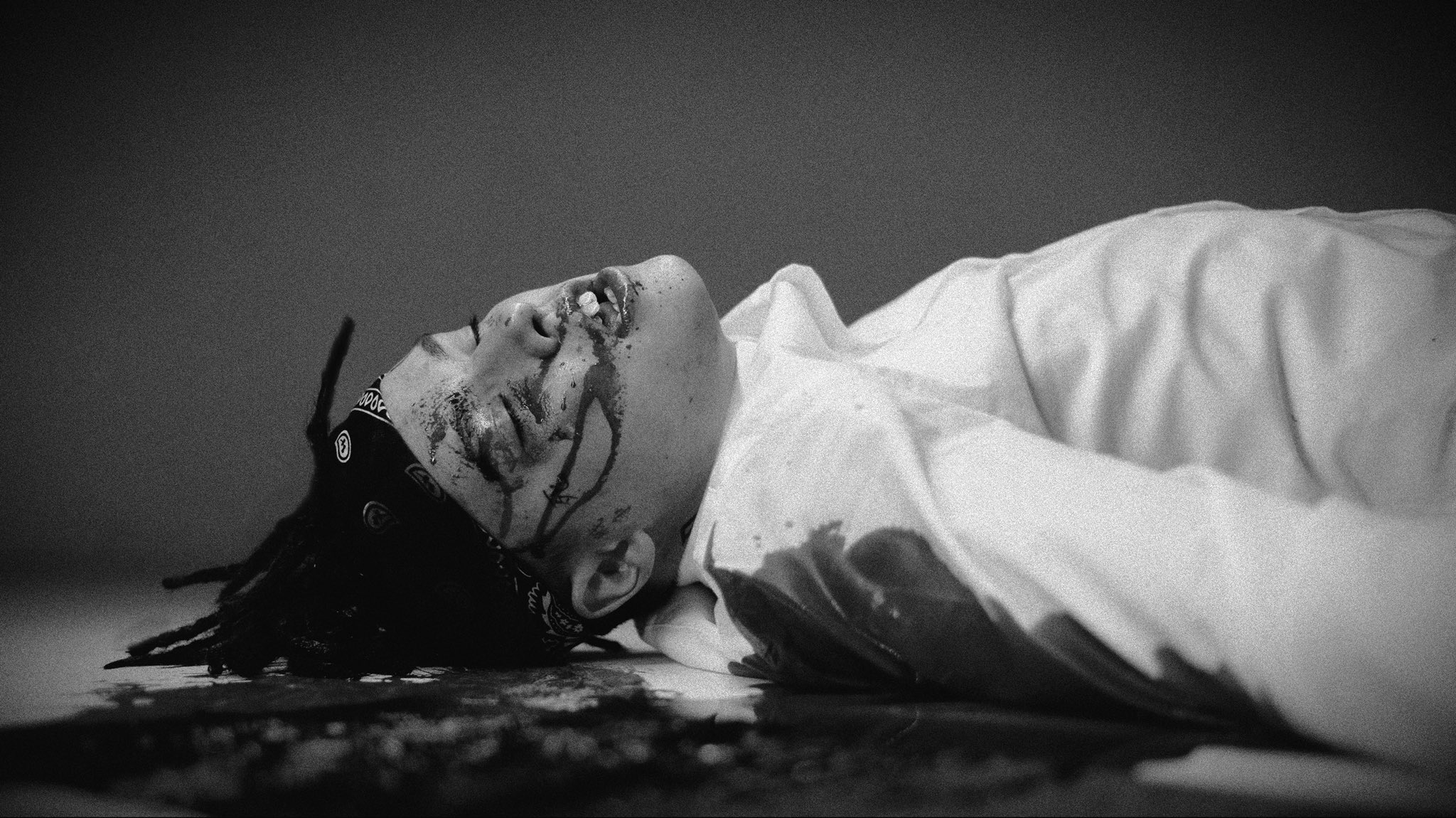 Speaking on mental health issues, J Molley lets us know what he was “Up To” with new single release 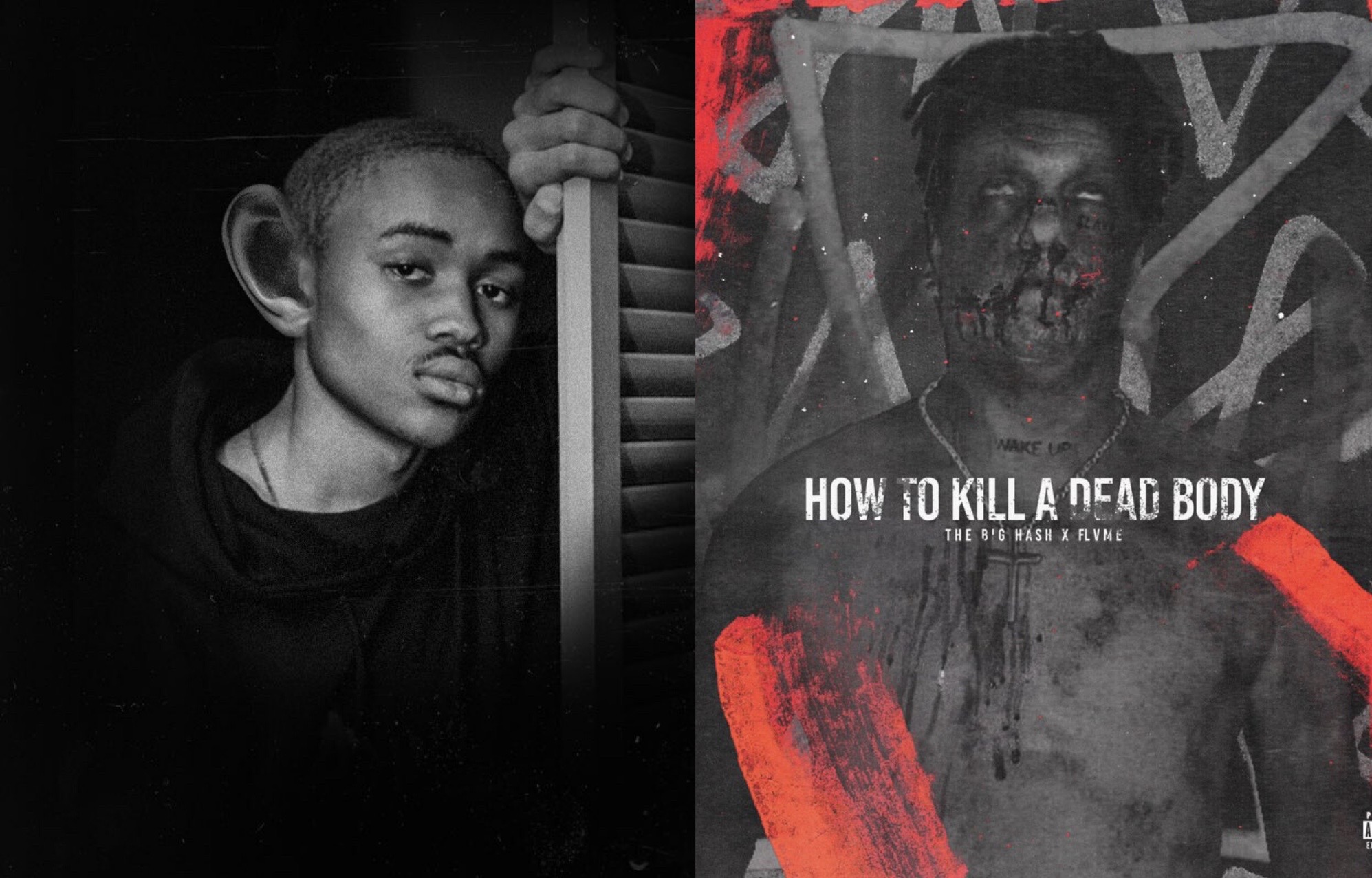 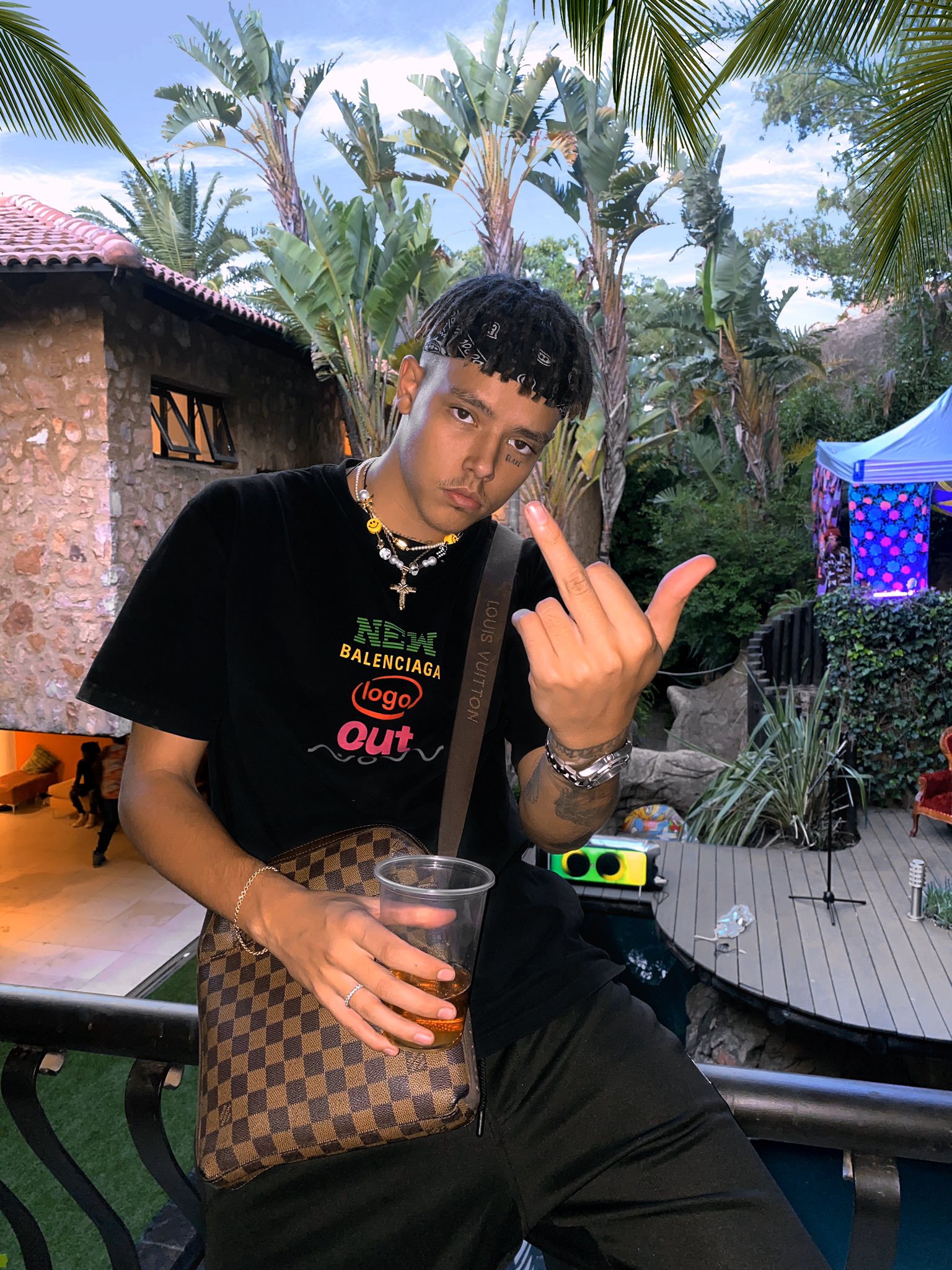